The 10 Most Beautiful Beaches in Phuket, Thailand 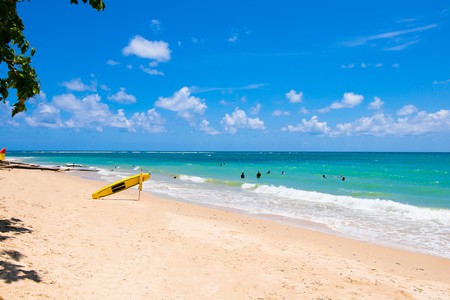 As Thailand’s largest island, there’s no shortage of gorgeous coastline or perfect, unspoiled beaches to enjoy in Phuket. From the popular, party beaches with plenty of activities, to the quiet, serene beaches that are almost empty — and those that are in-between the two — visitors to this gorgeous province are spoiled for choice. Pack your swimsuit and get your beach towels ready —here are the top 10 beaches in Phuket.

Freedom by name, freedom by nature. Despite being located in the boisterous district of Patong, Freedom Beach is far from what one might expect. A quiet, unspoiled beach, it’s much less accessible than the majority of beaches on the island as land access requires getting in touch with your adventurous side and trekking through a jungle, but is also reachable by boat. Any extra effort you take to visit this gorgeous 300m strip of beach is well worth it; few people come here, leaving you in relative peace to enjoy the clear, turquoise sea and the backdrop of thick, green bush that lines the beach. 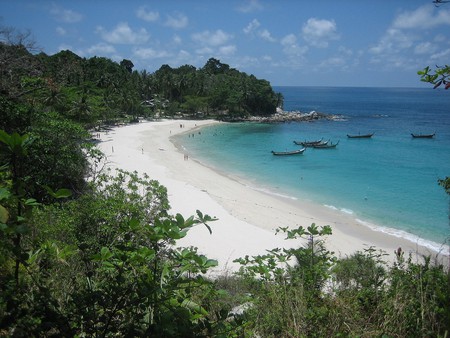 At around 1.5km long, Kata Beach is big enough never to feel overly crowded and ensures you’ll always have ample space for a towel on the beach. Palm tree-lined with soft, white sand and plenty of places to eat and drink nearby, it’s easy to see why it’s so popular with tourists and locals. As well as activities such as surfing available, there are plenty of shops nearby to engage in retail therapy, plus resorts if planning on staying a while. With lots of space and so much going on, it’s ideal for families or those who want a break from the more raucous beaches in the area. 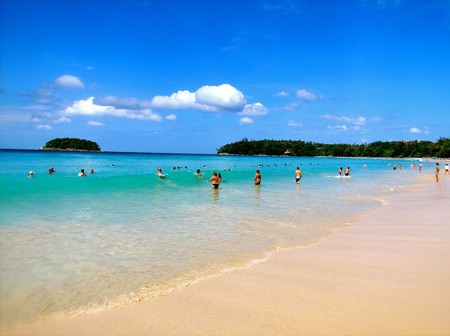 While it may only be 700m long, Kata Noi packs a whole world of charm onto such a small strip of beach. Located to the south of the larger, more popular Kata Beach, it’s much quieter than its neighbour and, whilst still fairly developed, has more of that private, island feel. With a couple of fancy resorts and restaurants nearby, it’s perfect for day trips to the beach, and the sea here is ideal for activities such as snorkeling and surfing. Not up for activities? Not to worry — Kata Noi’s serene surrounding make it quite the place to simply relax and watch the world go by. 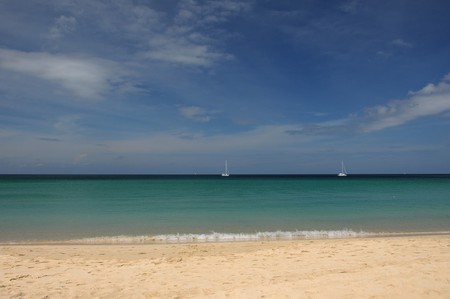 Located to the south of Phuket, Nai Harn a small bay with powdery-soft sand and sea that changes from calm in the high season to strong currents in low season, making it a popular spot for Phuket’s surfing and kiteboarding crowd. With much of the land owned by the Samnak Song Monastery, it’s avoided overdevelopment thus far, which makes a change from some of the more popular beaches on the island. Just behind the beach is a lake, where people come to fish and take a ride in swan-shaped pedalos, which makes for a pleasant change of scenery. 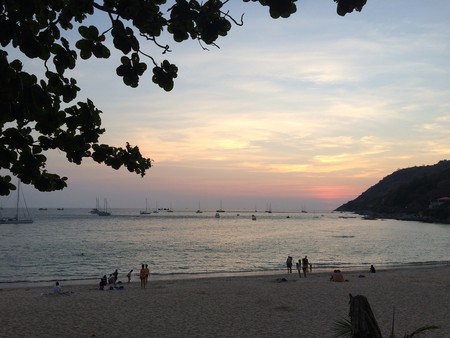 What Ya Nui beach lacks in size, it more than makes up for in beauty. Just south of Nai Harn, it may only be 200m, but size isn’t everything. Rather than views of resorts, it features the view of nearby Koh Keyao Noi island, and has dramatic rocky outcrops set alongside the cerulean sea that look ready-made for photographs. In terms of activities, body-boarding is popular here, as is snorkeling, with some of the best snorkeling to be found out by Koh Keyao Noi, which is only a short kayak away.

A beach that was once visited by the late King Rama IX in the 50s, it’s since become a playground for the rich and wealthy, with a number of high-class resorts and hotels nearby as well as a golf course. It’s not hard to see why it’s so popular; soft, white sand gives way to a scenic row of palm trees, while the sea itself has both light and deeper blue tones. A word of caution — the sea here gets deeper than in other bays, so be careful if you’re planning on swimming. Other than that, it’s an extremely pleasant beach with a number of good restaurants and bars just a short walk away. 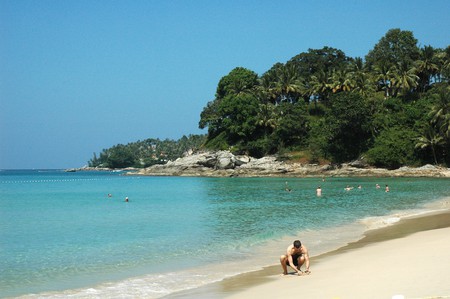 Located just north of lively Patong Beach is Kamala Beach, almost a polar opposite to its noisy neighbour. Its calm, shallow waters make it ideal for families or those who want a relaxing time in the water, and its length means you won’t have to fight for a place to pitch your towel. With a fishing village nearby, it’s retained a sense of authenticity, which is rare in this part of Phuket. Extremely quiet in low season, once high season comes around it picks up a little bit with water activities available, but it’s still one of the most relaxing and quiet beaches on the island.

A favourite of many who come to Phuket, Karon Beach isn’t quite as popular as Patong but there’s still plenty to do other than sunbathe here. The rocky area around the south of the beach is a top spot for snorkeling, but for those who prefer a more high-octane activity it’s possible to rent jet skis on the beach too. Whilst the sand might not be as soft as some beaches, the length of the beach means you won’t be short on space. The waves can get pretty wild during rainy season, but that doesn’t mean the fun has to stop; nearby, there are a handful of bars that, whilst they might not match Patong, can easily provide an evening’s worth of entertainment. 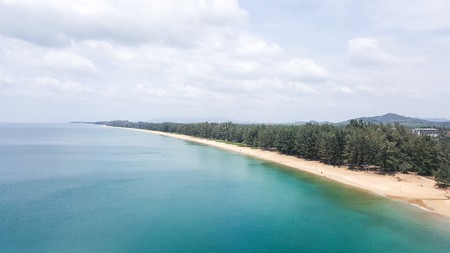 If you’re looking for a beach that looks like it’s straight out of a tropical, hidden paradise, Laem Singh beach is the one for you. With its thick, green bush, large rock boulders and stature, it looks like a secret straight off a postcard, though the only downside is that it’s become much more popular in recent years than it once was. Still, it’s one of the most scenic bays on the island and a great place to spend a few hours. Inflatables and body boards can be rented from the nearby restaurants, and the snorkeling kits available allow you to take advantage of the clear water and explore the world beneath the waves. 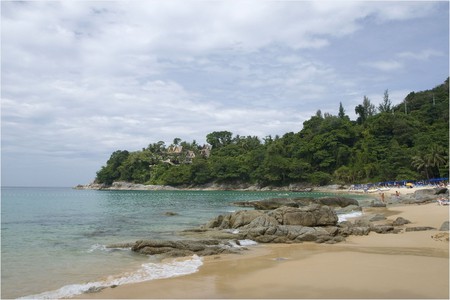 The most famous beach in Phuket, whilst it’s not the most scenic by Phuket’s high standards — and certainly not the quietest — it offers more activities than any other beach and has an unrivaled nightlife scene, so no list is complete without it. By day, it’s busy with tourists renting jet skis, riding banana boats and drinking on the beach and, come the night, it’s party time. Popular with young tourists due to its party atmosphere and close proximity to the neon lights of Bangla Road, you either love it or hate it, but everyone should experience it.

Patong | nutraveller/Pixabay
Give us feedback