The Best Hotels in Chiang Mai 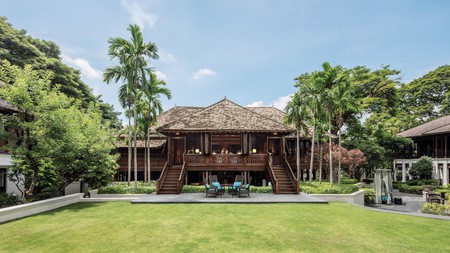 137 Pillars House, set in the 19th-century former headquarters of the Borneo Company, is renowned as one of the best places to stay in Thailand | Courtesy of 137 Pillars House / Expedia

Read on to find the right hotel for you in Northern Thailand’s beautiful city of Chiang Mai, all bookable with Culture Trip.

You can now visit Chiang Mai with Culture Trip by joining our specially curated small-group Northern Thailand adventure, led by our local insider.

Chiang Mai may be Thailand’s second city, but it’s in a league of its own. With glittering temples, a laid-back cafe culture and some of the best cuisine in Northern Thailand, it’s enduringly popular with students, digital nomads and beach-weary travellers looking for a culture-soaked city break in cooler climes. 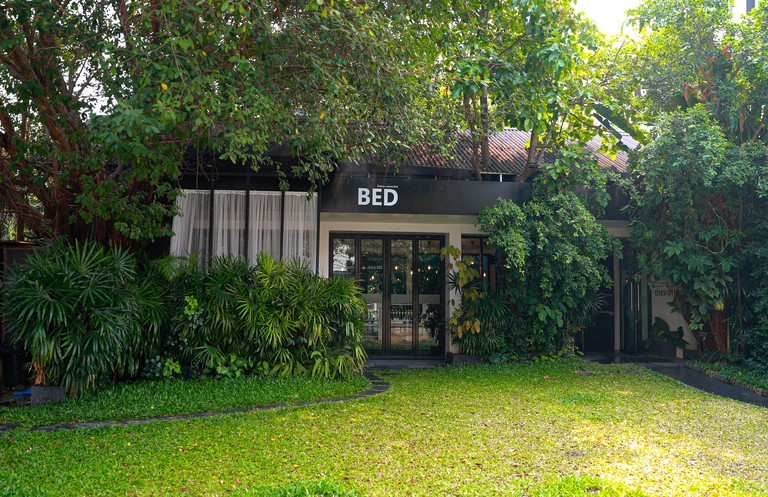 Smack bang in the middle of the old city, BED Phrasingh Hotel has neat rooms with compact balconies and a shady little pool. Its namesake 14th-century temple, Wat Phra Singh, is just around the corner; borrow a bike from the hotel to take in the historic centre in one afternoon before venturing beyond the ancient boundary to browse the wares at Chiang Mai Night Bazaar. 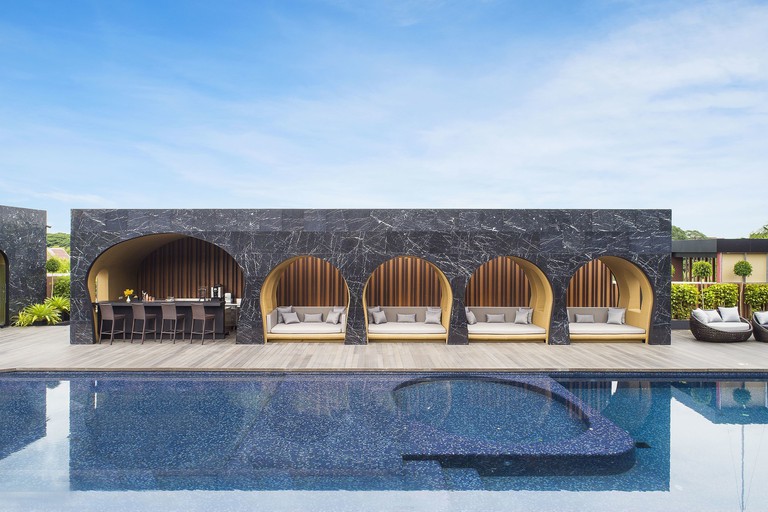 No-one needs a chocolate embossed with their name – but it certainly livens up the check-in process at X2 Chiang Mai Riverside Resort, and gives a clue as to how personalised your service will be during your stay. You’re a half-hour walk from the old town, but some guests rarely leave, choosing instead to kayak along the Ping River, lounge beneath 100-year-old tamarind trees or take a dip in the rooftop infinity pool. 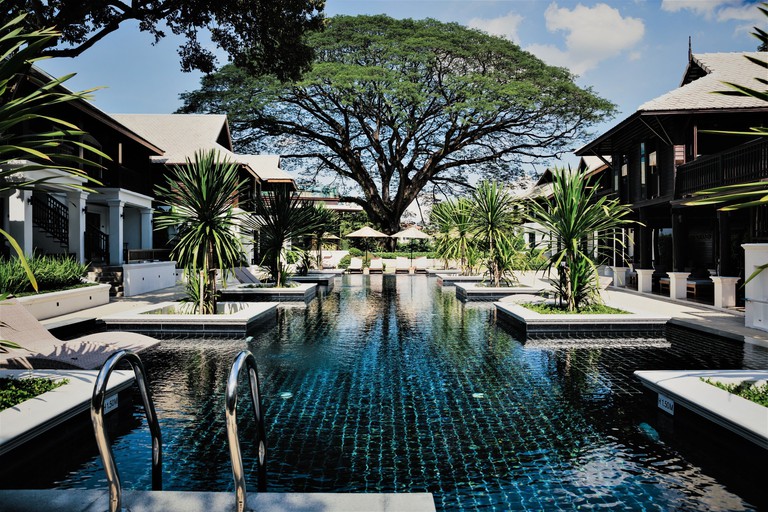 The rooms and villas at riverside Na Nirand are built in the colonial Lanna style, with lots of dark teak furniture, rattan and colourful local textiles. An original restored teak house features a lounge area and the compact spa. Spend an afternoon in the centrepiece pool, which is overlooked by a giant rain tree, before wandering into town for dinner at the nearby Night Bazaar. 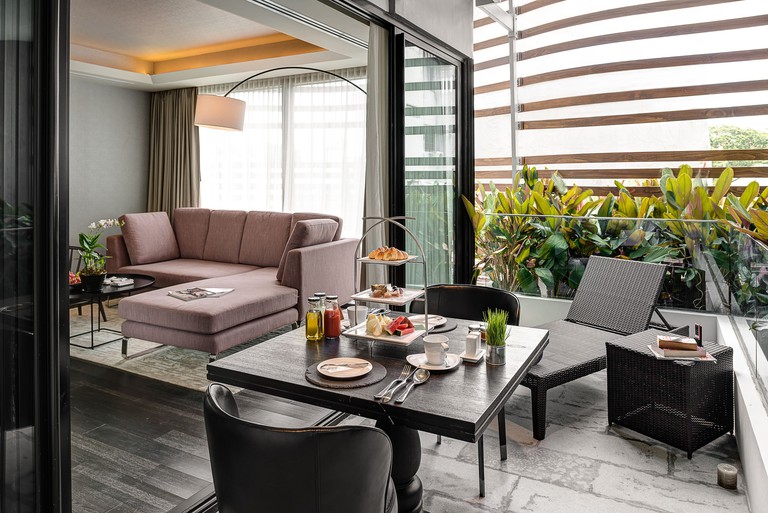 Akyra Manor is an artsy boutique in the hip Nimman neighbourhood of Chiang Mai, where the streets are lined with indie boutiques, coffee shops and street food trucks. Deluxe rooms have rainfall showers and sumptuous beds, while suites have outdoor deep-soaking tubs. The rooftop pool and bar could keep you occupied for days, but save time to cycle, trek or taxi up to Wat Phra That Doi Suthep, a splendid mountain-top temple overlooking the city. 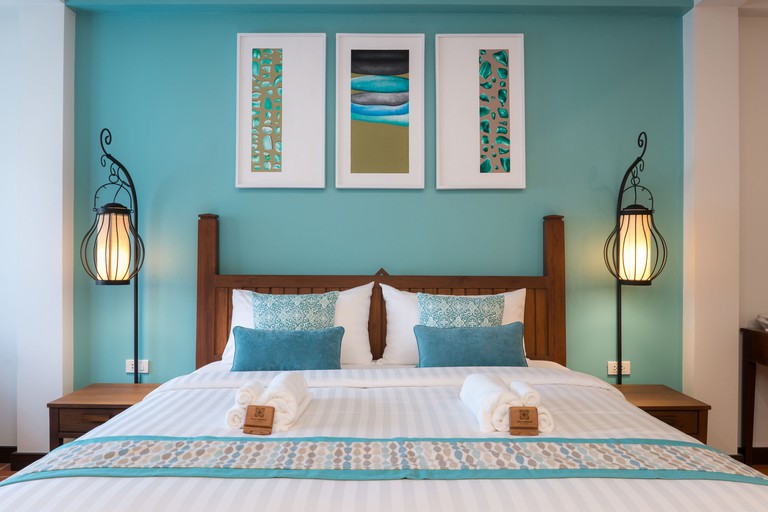 Situated just east of the Ping River in residential Wat Ket, Villa Sanpakoi is a serene retreat with simple rooms, a saltwater pool in the courtyard and free bikes – ideal for cycling into the old town. Don’t miss a wander around the neighbourhood’s ancient Buddhist temple, Wat Ket Karam, to see the ornate layered roof and a small exhibit about the history of Chiang Mai. 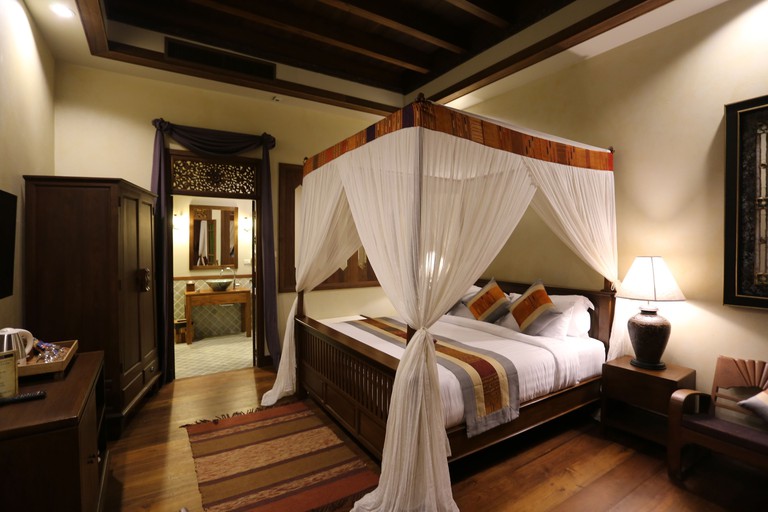 Located in the central Chang Khlan Road, the Amata Lanna Hotel has teak buildings in a traditional Lanna style. It’s a tranquil setting, where refuge is found in cosy rooms or by the dazzling pool on the sunbathing decks. Additionally, there are a number of relaxing treatments on offer, from Thai massage to aromatherapy. And Amata Lanna is all within walking distance of the main sights.

Located outside the walls of the city centre, the Dhara Devi feels more like a small village than a hotel. The luxury resort was designed as a self-contained city, offering breathtaking architecture and scenery. Pick from two-storey villas, colonial-style suites or signature residences. Aside from the magnificent rooms, the Dhara Devi is home to some of the best restaurants in the city. The most notable is Falang Sed (meaning French in Thai), which provides an unforgettable dining experience. 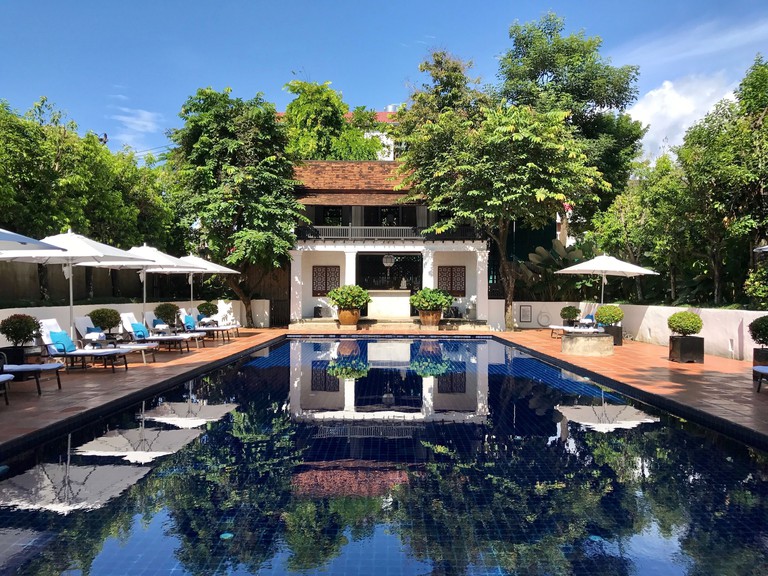 The Rachamankha’s architecture was inspired by the Lanna period (both in building techniques and design heritage), but is more reminiscent of a Chinese medieval courtyard home in its layout. The rooms and suites come peppered in antiques from across the globe, but are relatively simple in design – and certainly a soothing place to be. Looking for more laid-back bliss? Head to the outstanding library, home to more than 2,000 books. It all sits next to the Wat Phra Singh, one of Chiang Mai’s most notable temples. 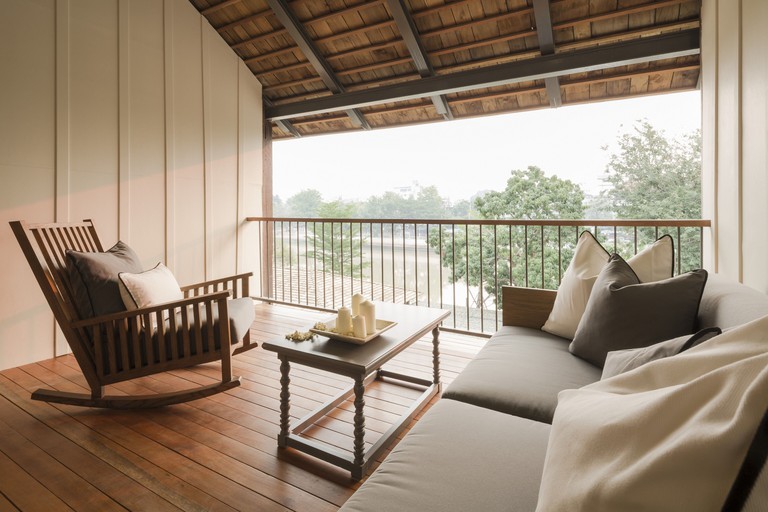 With views over the scenic Mae Ping River, Sala Lanna is among the most dazzling boutique hotels in Chiang Mai, combining minimalistic elements with the charms of Thai architecture. A rooftop pool and a cocktail bar make for a truly relaxing experience, and the wide range of wines available here attracts non-guests to the hotel. Two restaurants offer Thai dishes with authentic flavours. 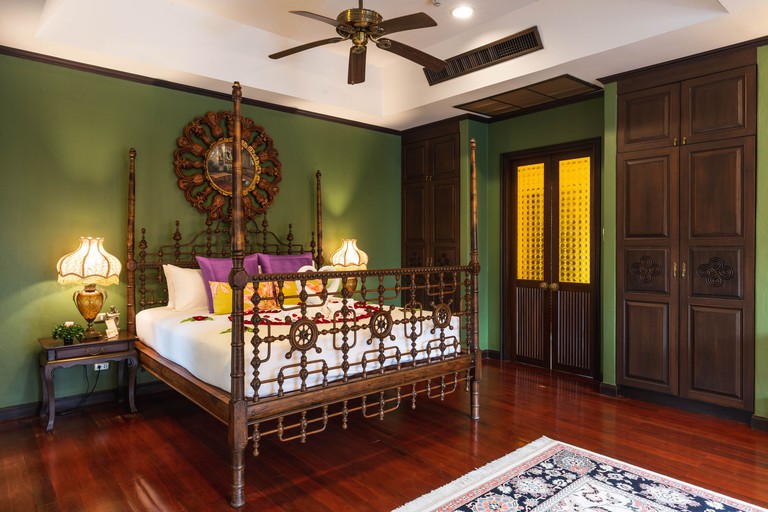 Courtesy of Puripunn Baby Grand Boutique Hotel / Expedia
Chiang Mai has a number of architecturally stunning hotels, but few are as magnificent as the Puripunn Baby Grand Hotel, situated in a heritage zone and surrounded by the city’s greatest concentration of antique wooden buildings. The hotel style follows the Lanna tradition, reflecting the rich history of northern Thailand. It features 30 sophisticated rooms, offering a personalised experience only minutes from the top sights and the old city centre. 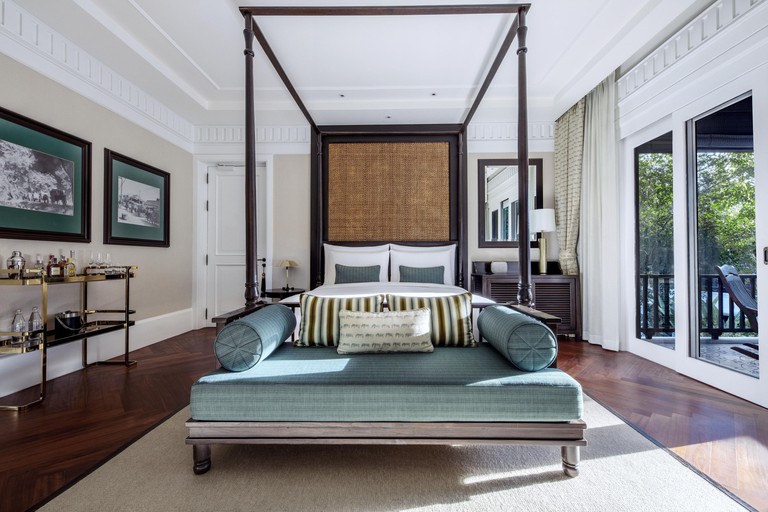 Once part of the Borneo Company headquarters, this late 19th-century building maintains a tasteful balance between old-world elegance and modern amenities. Shrouded in jungle-like gardens, the suites offer a tranquil escape, improved with suitably luxurious extras such as freestanding Victorian bathtubs and sink-into-me day beds. The hotel pool may well be one of the most spectacular in the city, edged on one side by a towering living wall. This is not only one of the best places to stay in Chiang Mai, but one of the best in Thailand. 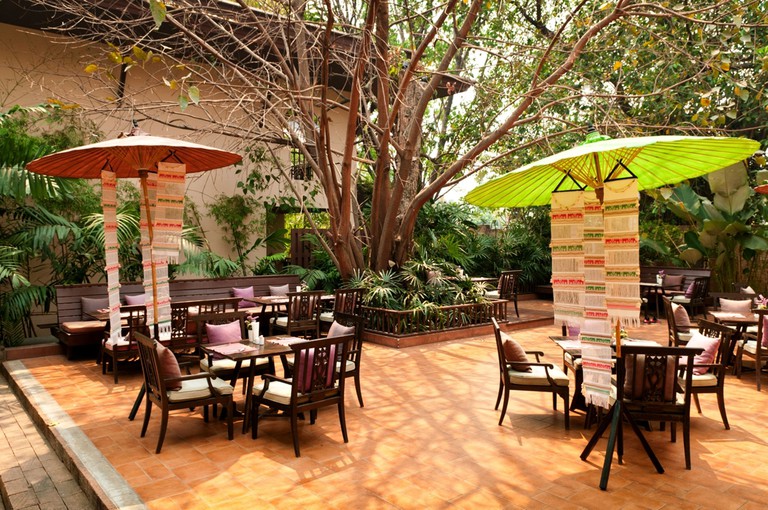 Courtesy of Siripanna Villa Hotel / Expedia
The Lanna style prevails in this elegant hotel resort in Chiang Mai, which is spread over a vast area and features charming gardens. Situated in the middle of a natural habitat, Siripanna Villa has a special charm, while also offering a spa and a quality restaurant serving local dishes. It has all the amenities one could wish for and the rooms are some of the most elegant and comfortable in the city. 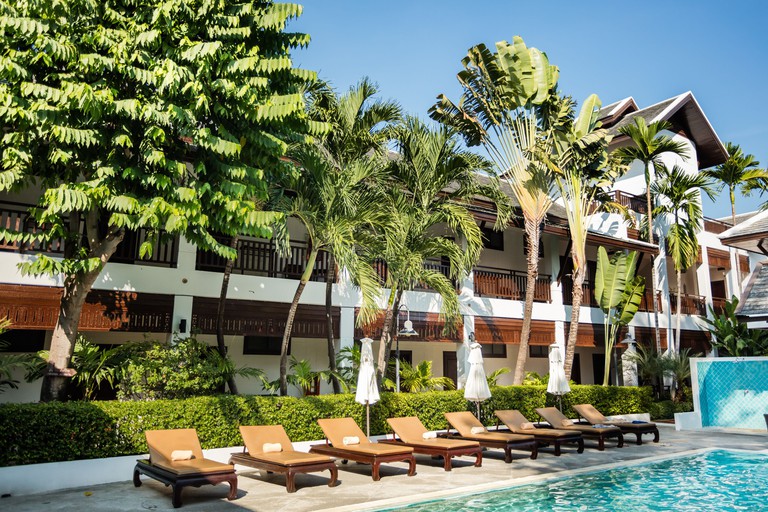 Courtesy of Rimping Village Hotel / Expedia
Located just outside the walls of Chiang Mai’s old city, Rimping Village offers the perfect retreat from the bustling streets, but still remains within walking distance of the attractions. It follows the trend of incorporating authentic local elements with a modern touch – the 24 rooms have a classic design with white linen beds and dark wooden features. The spacious pool allows you to cool off or relax after hours of sightseeing. However, the crowning glory of Rimping Village is the attentive staff, who take Thai friendliness to a whole new level. Don’t hesitate to ask for recommendations: they know the best places in town.

The Ping Nakara Boutique Hotel & Spa is one of the most popular choices among visitors to Chiang Mai. Built in a colonial style, it stands as a symbol of a bygone era, with gingerbread architecture and a spotless white exterior. Next to a scenic pool, the hotel has a well-stocked library, which is the ideal place to retreat and enjoy the calm. Moreover, it is located a short distance from Chiang Mai city centre. 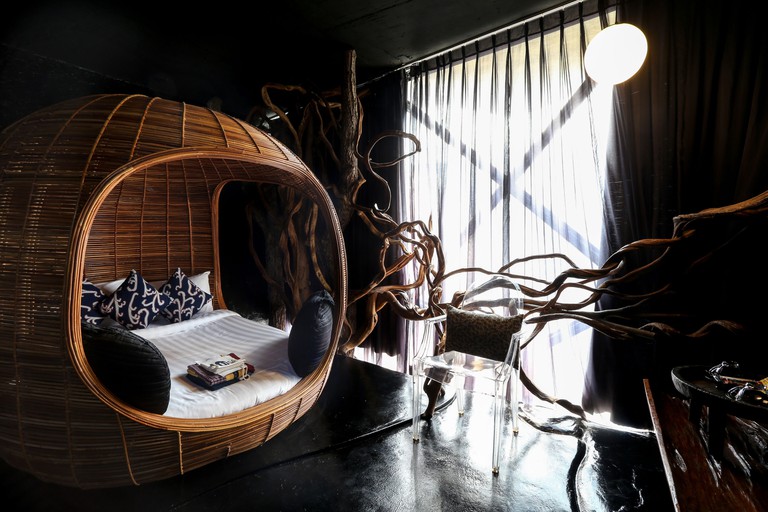 Tucked away in Chiang Mai’s city centre, MO Rooms offers just 12 stylish rooms, which draw inspiration from the Chinese calendar. Each is different, with the Monkey room featuring a cradle bed hovering above the ground, while you’ll rest on the floor in the Rat room. There’s also an outdoor swimming pool, and a second-floor bar and restaurant serving modern Thai and fusion food.

For some budget-friendly options, discover our guide to the best backpacker hostels in Chiang Mai and book now on Culture Trip.