Thailand's National Anthems: What You Should Know 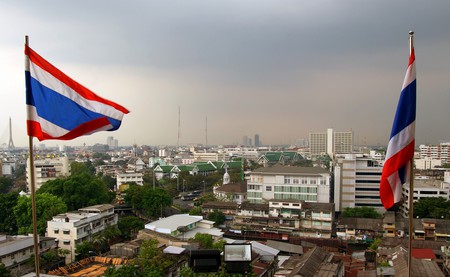 Anyone who has visited Thailand has more than likely had to stand still and respect the nation’s national anthem at some point. However, that’s not the only song you’ll have to stand for during your time here.

As well as the national anthem, there’s another song that’s played throughout Thailand that demands the same levels of respect and observance whilst it’s playing: the royal anthem. Known in Thai as Sansoen Phra Barami, which translates to “glorify his prestige” in English, the royal anthem pays respect to the king of Thailand. Written by Prince Narisara Nuwattiwon in 1913, it waxes lyrically about his merits, his heart and the role he plays in keeping the people safe. The royal anthem served as the national anthem of Thailand until 1932, but is still widely used before movies, plays and concerts, as well as when the Thai royal family are present at state events and functions.

A noticeably more upbeat number compared to the royal anthem, Thailand’s national anthem Phleng Chat came into being as the result of a series of competitions, years before the X Factor was even an apple in Simon Cowell’s eye. The lyrics were chopped and changed after holding competitions in both 1934 and 1939, and the country’s name also changed from Siam to Thailand in 1939, which was reflected in the newer lyrics. Like most national anthems, Phleng Chat contains nationalist lyrics, praising Thailand’s independence and vowing to give their all to protect it. With new lyrics in tow, the prime minister also decreed that the anthem should be played twice daily, at 8am and 6pm, alongside the raising and lowering of the Thai flag. School students around the country sing the anthem and raise the flag every morning, whilst government offices also have their own flags to raise and observe the anthem. 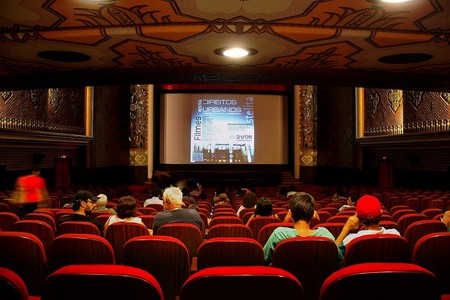 Stand for the royal anthem in cinemas | © DireitosUrbanos / Flickr

It’s not unusual to hear the anthem playing at 8am and 6pm in public as a tourist and, whilst you’re not expected to raise any flags or join in with the singing, you are expected to respect it. Sitting down is a no-no, as is walking or carrying on a conversation with people around you. Instead, stand up straight with your arms by your sides and wait it out — it’s not a long anthem, so unless you’re seriously hungover or tired from temple-trekking the day before, you should be fine. Likewise, if you’re at the cinema, before the movie starts, you’ll be instructed to rise to respect the royal anthem, which is usually accompanied by a slideshow of pictures of King Rama X and his late father, Rama IX. In any case, you’re not going to be kicked out or arrested for failing to observe the anthems, but it’s simple and polite to rise in respect for the people and the country you’re travelling through.