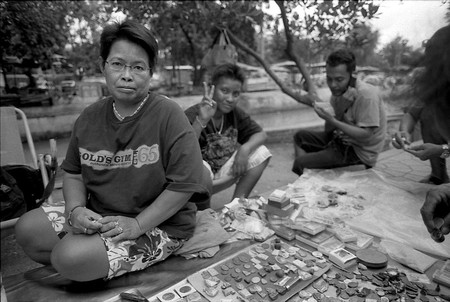 For Buddhists in the Thai population, their faith plays a huge part in what they do, how they go about their daily lives, and who they are. And one way they project that faith is through a series of amulets and ornaments. But do they work?

Not a fashion statement

Whether it was around somebody’s neck, for sale in a temple, or a whole bunch of them covering the dashboard and hanging off the rear view mirror of a taxi, there’s no doubt you’ll have come across a Buddhist amulet during your time in Thailand. However, to Thais they are far more than a fashion statement. It may feature the likeness of the Buddha, a famous monk, or a god, but the Thais believe these amulets are not just lucky, it can also keep them safe, bring prosperity, and ward off evil spirits. They’re common across the whole spectrum of Buddhist Thais, from school children to old people, rich and poor alike, and haven’t waned in popularity over the years. The big question, though, is do they work?

As we can’t explain the mysteries of the universe, it’s difficult to answer such a question in the definitive. However, the answers will change depending on who you ask. To the atheist, the mere thought of a piece of metal or stone influencing one’s life might seem preposterous. But to the newlywed who pins his success in finding a wife on his new amulet depicting Trimurti, a god associated with love? That’s all the proof he needs. Their continued popularity amongst the populace suggests they’re doing something right, though the cynics may claim that’s solely down to the huge profit that can be made in amulet trading. Whether or not the amulet has any real effect on somebody’s life or not is irrelevant. If it makes the wearer feel more confident, safe and strong whilst they’re wearing it, then surely that’s as good as any magic powers might be. It’s all down to what you believe in, and millions of Buddhists in Thailand will assure you that they work, and that they’re better off with an amulet than without one. 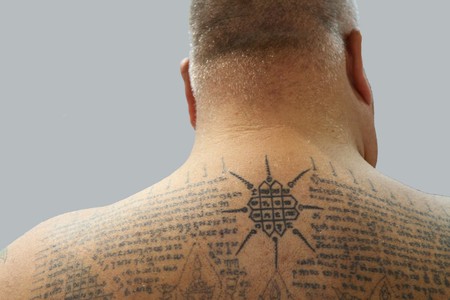 Amulets aren’t the only superstitious features of Thailand. The Thai people’s belief in ghosts can dictate their behaviour, such as forbidding whistling, whilst they are also said to provide lottery numbers. Similar to amulets, Thais also believe that their famous sak yant tattoos can bring the wearers special powers, such as being protected from harm or making them attractive to the opposite sex. Certain activities are also banned depending on the day. For example, haircuts are said to be bad luck on a Wednesday, so many hairdressers are closed on this day.