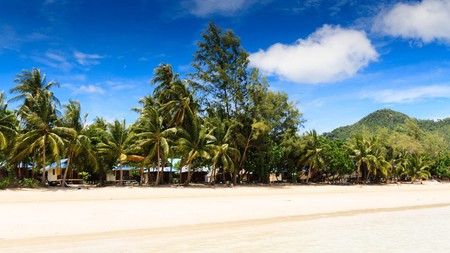 Koh Tao, an island on the Gulf of Thailand, was never viewed as mysterious or dangerous … only stunning. The tides have lately turned, however, as the island has seen a rise in the number of both dead and missing foreigners in the past few years or so. Now referred to as ‘Death Island’, tourists are wondering one thing before making their way to Koh Tao – is it safe?

It is believed Koh Tao was first dubbed the nickname ‘Death Island’, by the Samui Times, a publication on the neighboring island of Koh Samui. It has since been under fire by the Koh Tao district chief and authorities. Criminal charges were filed against the publications, claiming they violated the Computer Crime Act.

Since the Samui Times article came out, the following newspapers have all had headlines with some reference to Koh Tao and ‘Death Island’: The Nation, The Sun, AsiaOne, Daily Star, and Khaosod English. The headlines, and rightfully so, have made tourists at the very least think twice before venturing to the island.

Since January 1, 2014, there have been four deaths on the island of Koh Tao in which the cases have since been closed and were concluded that none were crime-related. Two murders on the island resulted in the death penalty for those found guilty, however. Hannah Witheridge, 23, and David Miller, 24, were backpacking and staying near Sairee Beach when they were killed on September 15, 2014. Two men from Myanmar, Zaw Lin and Win Zaw Htun, were sentenced to death for these crimes by the Appeal Court and the lower court. 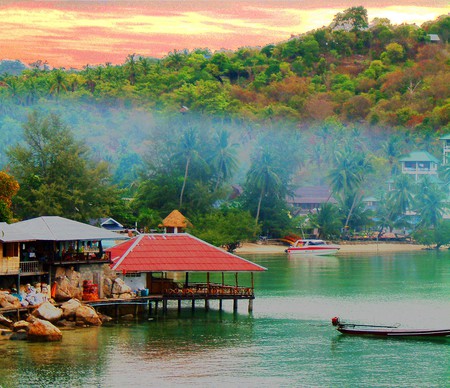 Some of the deaths which have sparked debate as to whether or not the missing and murder cases were investigated properly, include the death of Dimitri Povse. The 29-year-old Frenchman was found on January 1, 2015, hanging from his balcony ceiling. However, his hands were tied behind his back, leading many to speculate how this was possible, and it remains a mystery today.

James Davidson, a student who was on the island recently to get his open water diving certification, had not heard of the island’s reputation prior to traveling there.

“We hadn’t heard anything about Koh Tao other than it’s (a) small, beautiful island and great for diving,” Davidson said. 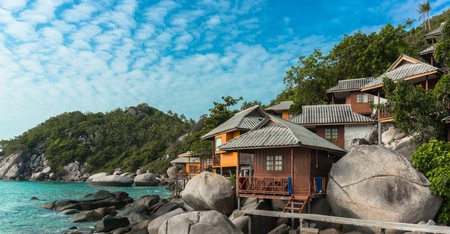 Bungalows | © Courtesy of Per Salomonsson/Flickr

Davidson is right. The island of Koh Tao has attracted visitors from all over the world for its amazing dive sites in combination with its renowned instructors and shops. Some people believe that the island is more stunning below than above the water, and for over 35 years the island has been attracting all types of travelers.

Koh Tao was essentially uninhabited until the late 1940s, and it did not see its first resort built until the early 1980s. Since then, the island’s popularity has grown, and even though it is only 3.4 kilometers at its widest and is 7.6 kilometers long, Koh Tao welcomes some 350,000 travelers each year. Whether this will change or not because of the island’s new nickname has yet to be seen.

As with all trips, there are certain precautions to take while traveling. Try to explore with a friend in tow and be sure to have a form of communication with you at all times. Keep an eye on your drink if you go out. Respect the locals, their traditions, and customs.

“I think anywhere you go you just have to be wary of where you are and what you’re doing,” Davidson said. “Anywhere in Southeast Asia is going to have risks, but Thailand, in particular, is a very well-traveled country, so most of it we saw seemed very safe.”