The national sport of Thailand, Muay Thai is a fierce combat sport known as the “art of eight limbs”, because of its use of the fists, elbows, knees and shins. Whilst the sport has spread and become popular around the world, some of its fiercest fighters have been Thai — and here’s a look at the best of them.

A Muay Thai legend, Samart’s prowess in the ring saw him win 4 Lumpinee belts as well as becoming a WBC world boxing champion. Along with his skill in boxing, his masterful use of the side teep kick in attack and defence was key in seeing him achieve success, as it both started attacks and ensured his opponents couldn’t get close enough to hurt him. Known as the “Muhammad Ali” of Muay Thai, many fighters both past and present laud Samart as the greatest to step inside the ring. 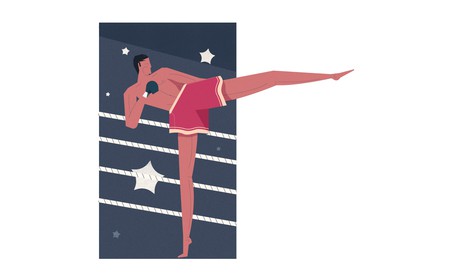 A tall, gangly Muay Thai fighter, Dieselnoi’s unusual height for boxing became one of his greatest strengths, as it allowed him to perform devastating strikes with his knees that were feared throughout the sport. During the mid-1980s, he took on all comers at Lumpinee Stadium — including Samart — and was never defeated. Whilst he faced stiff competition to be the greatest Muay Thai fighter of all time, he’s certainly considered one of the best muay khao, or knee fighters, in the sport’s history.

Fighting as recently as last year, Saenchai is very much a living legend of the sport. Arguably the best pound-for-pound fighter in the sports history, his willingness to move up weight classes to find worthy opponents deserves a lot of merit, often fighting opponents as much as 15 pounds heavier. A fighter blessed with a telepathic sense of what his opponent will do next, he won the Lumpinee title in four different weight classes, and even invented his own move, the cartwheel kick, which is said to be inspired by the sport sepak takraw.

The only fighter ever to knock out Saenchai, Tongchai’s skills in the ring are revered by many. As well as winning the Lumpinee title five times, he was also crowned boxer of the year three times by Thai sportswriters, a prestigious award of recognition by those in the know. A run-in with the police for selling drugs in 2008 might have marred his reputation, but since then he’s been working for various gyms as a trainer, imparting his wide-ranging skills and knowledge onto the next generation. Good luck to whoever meets his proteges…

Another Muay Thai fighter with an aptitude for boxing, Sagat was well known for his high ring IQ and his extremely powerful punches and kicks that were often impossible to defend against. A former Lumpinee and world champion, he defeated ultra-talented Dieselnoi twice and was immortalised as the inspiration for the character Sagat in the wildly-popular Street Fighter video game. Like Tongchai, today he spends his time working as a trainer, with his well-earned reputation no doubt inspiring his young charges. 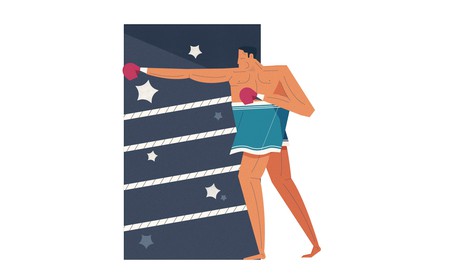 Nicknamed “Golden Leg”, Pud Pad Noy began fighting in Isaan at the age of 14 and has terrorised his opponents ever since. A southpaw fighter with extremely effective left-sided kicks, Pud Pad Noy may have only been small but fought opponents from various weight divisions and was successful more often than not. After winning the Lumpinee title five times, he went on to study in the US and coach Muay Thai in Paris, before settling as a judge, trainer and referee back in Thailand. A fighter lauded by Thailand’s great King Rama IX, he’s worthy of gracing any list of Muay Thai fighters.

Somrak Kamsing, or Somluck Kamsing as he’s also known, might have never won a title at Lumpinee, but that doesn’t tell the whole story. A fighter who was ranked #1 at Lumpinee, Somrak was never entered into title fights by promoters despite beating champion after champion, yet is still widely regarded as one of the best ever. Turning to boxing after Muay Thai, it was in this discipline that he received his greatest honour, winning Thailand’s first ever Olympic gold medal at the 1996 Summer Olympics.

A fighter who fought in the 1960s, Apidej’s success and performances in the ring no doubt inspired the golden era of Muay Thai in the 1980s. Regarded as one of the most powerful strikers in the history of the sport, his kicks were known to be particularly potent, famously breaking an opponent’s arms and causing him to retire after the fight. Heralded as the fighter of the century by the late Rama IX, his place in the annals of Muay Thai history is more than assured. 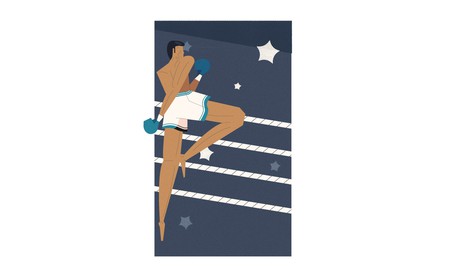 For most people, growing up in the shadow of a famous, Thai-boxing brother might be difficult, but not for Namkabuan. His nickname “the ring genius” points to his intelligence in the ring; having only achieved two knockouts during his career, it was his masterful technique and tactics that earned him victories. Fighting and beating many champions in his career, he held his belt for six years, before retiring and opening a restaurant.

Despite his Muay Thai heroics happening over 250 years ago, there’s little doubt that Nai Khanom Tom could have more than handled himself in any era of the sport. A prisoner of war in Burma, the Burmese king wished to see which was superior; the martial art of his country, or that of Thailand. Well-renowned for his skills, Nai Khanom Tom was the choice amongst the Thai prisoners, and one by one he dispatched of 10 fighters from Burma, causing the Burmese king to remark on the venom of the champion before giving him his freedom. A national hero, there’s little doubt he’s amongst the greatest the sport has ever seen.