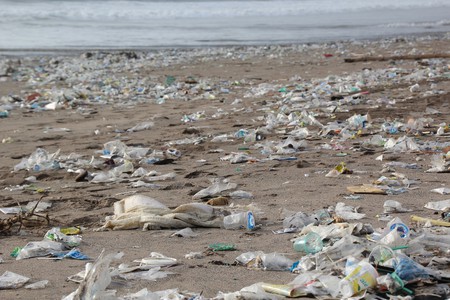 A glimpse into the future | © hhach / Pixabay

Thailand’s islands might look idyllic on postcards, but scratch the surface and you’ll find a struggle to maintain their picturesque appearance. The problem? Trash and lots of it. Thankfully, there are ways you can fight back with the locals and help to peg back the plastic.

It’s easy to write about Thai beaches, as pictures alone can say a thousand words. Powdery soft, immaculately white sand fronted by an azure-blue sea and backed with a thick line of palm and coconut trees, they truly are paradise on Earth. Or, at least, they were. Today, a stroll on their most popular beaches is greeted not with the customary crunch of the coral and the sand, but often instead with a mood-killing game of dodge the plastic.

A glimpse into the future | © hhach / Pixabay

The rampant use of single use plastics in straws, bags and other items, coupled with the lack of a proper disposal method, has seen many of the beaches in Thailand become littered and spoiled with unwanted guests. This isn’t only compromising the aesthetic quality of the beaches, but is causing serious ecological and environmental challenges. Thailand ranks fifth worldwide when it comes to plastic pollution, and anybody who’s been to 7-Eleven in the country can understand why. Straws and bags are thrust upon customers with every purchase, and recycle bins are almost as hard to come by as regular ones.

As well as the beaches being worsened by pollution, the world beneath the waves is also struggling. Koh Phi Phi has seen its coral reefs face huge amounts of damage thanks to the constant stream of boats passing through, with Maya Bay in particular taking the brunt of it.

Thankfully, action is being taken to try and solve the problem. Maya Bay itself will be closed to boats between February and September to give the marine eco-system and the reefs a chance to recover, whilst the number of boats allowed to visit the beach at all will be limited. Maya Bay is one of the most popular destinations in Thailand thanks to its beauty, with its massive popularity coming as a result of Leonardo DiCaprio’s The Beach. The news may sadden many travelers, but for locals and lovers of nature, it’s been warmly received. 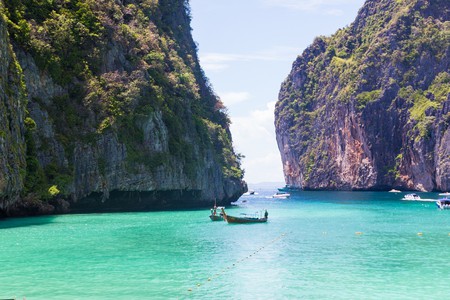 Maya Bay is to close to boats | © MikeCleggPhoto / Pixabay

While many travelers wish to discover new places to visit the “next big thing” in Thailand, there’s one island that won’t be on the itineraries of backpackers coming to the Land of Smiles. Last year saw garbage islands—artificial islands consisting of litter, such as plastics, fishing nets and other materials—floating not far from the Gulf coast of Thailand. Such islands are entirely the consequences of those who don’t dispose of trash in the correct manners, and cause all kinds of problems, from damaging coral reefs to harming marine life. Whilst they may have been dealt with, an easier solution is to prevent them from occurring in the first place. 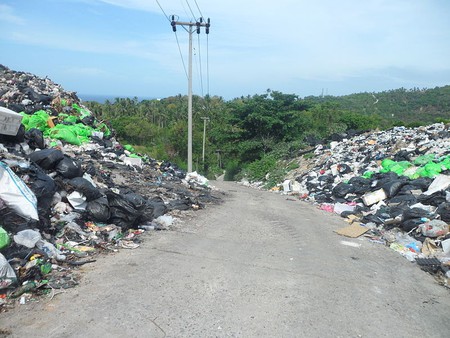 The Gulf coast of Thailand isn’t a stranger to trash-related problems. The idyllic island of Koh Samui, a popular destination for travelers, recently faced a crisis as its incinerator broke, causing tonnes of trash to build up on the island. Nearby islands such as Koh Tao and Koh Phangan have also suffered from trash problems, with rotting piles of trash seemingly dumped not an uncommon sight.

As well as the government taking steps to combat this problem such as closing Maya Bay, there are a number of local groups doing their part too. The group Eco Thailand has helped with many projects, from helping to create artificial reefs and releasing turtles, to educating market stall owners, students and the general public about the issues facing their community and how to reduce waste. 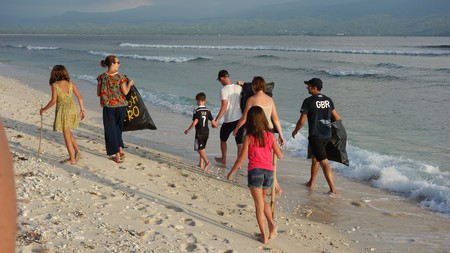 The international organisation Trash Hero has also led the charge in keeping Thailand clean. It has weekly beach clean-up meetings all over Thailand, and also sells reusable bottles and bags so that locals don’t have to buy single use plastics, with the bottles alone replacing an estimated 12 million plastic bottles. 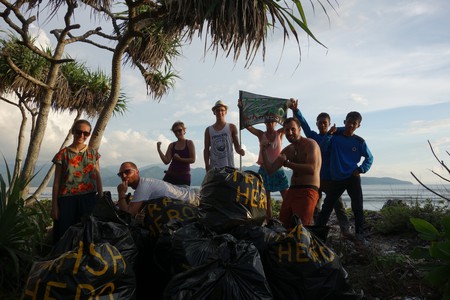 As a tourist, it’s also possible to join the fight. Trash Hero is open and welcoming to all who wish to help, and locations for their meetups can be found either on Facebook or on their website.

By refusing straws (“mai ow lawd”) and plastic bags (“mai ow toong”) in 7-Eleven, you may also be preventing plastic from ending up in the seas and on the beaches, as well as inspiring others to act too. And, of course, keep your litter in hand until you find the right place to dispose of it. With locals and tourists working together, Thailand can be returned to its former glories, and those postcard-worthy views can be possible once more.