Thailand is Hosting a $90 Milllion Funeral for Its Late King 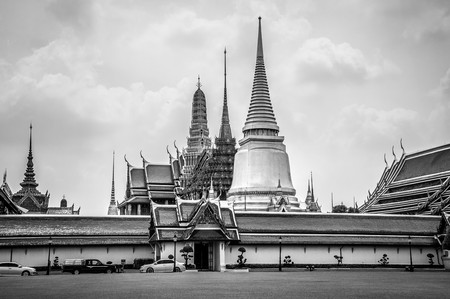 Since the beloved late king of Thailand tragically passed on October 13 last year, his body has been lying in state in Bangkok’s Grand Palace, with millions of Thais taking the time to visit and pay their respects to a man widely thought of as a father figure to all Thai people. That’s all set to change in October, when he will be put to rest and cremated in a funeral that’s on a scale like no other. 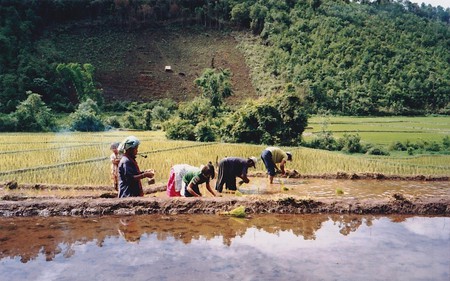 To understand the nationwide outpouring of grief that was evident in his passing, and the scale of the funeral, it’s important to first understand his status amongst the Thai people. In his 70-year reign, he travelled to all the corners of his land, meeting the poor and the rich alike, and worked on improving the agricultural processes of rural farmers, leading to greater yields, greater profits and greater opportunities.

Politically, Thailand in the 20th century was unstable and faced various coups and violent protests, yet several times the King’s interventions saw them come to an end and peace restored. Away from the politics, he championed education via scholarships and schemes and was also an avid patron of the arts, with his photographs appearing in various publications and his jazz compositions captivating listeners all over the world. He wasn’t a king who sat back – he was active in his duties and worked tirelessly to improve the lives of his subjects – and the Thai people will forever by thankful for it.

Costing an estimated $90m, it’s undoubtedly going to be a grandiose affair. While the cremation itself is on October 26, the funeral lasts from October 25 to 29. The funeral will look like this: 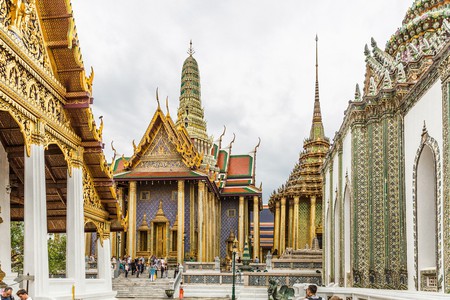 The funeral pyre itself will be 50m tall, designed to represent Mount Meru, the centre of the universe in the Buddhist faith. Buddhism has a large part to play in the design of the funeral and the adjustments to the decor of the Grand Palace; in preparation for the funeral, hundreds of statues have been created that depict figures from the faith and its mythology, such as Garuda, the national symbol of Thailand. Each one has been painstakingly crafted and designed to honour the king, using some of Thailand’s finest artists and architects to create a funeral display that’s unlike any other. At the front of the funeral pyre will be a water fountain, designed to honour the king’s role in water management which helped improve the lives of millions of people.

What Travellers Should Know 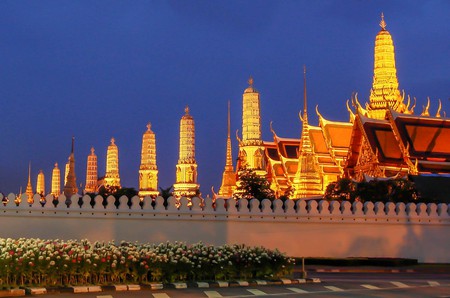 With hundreds of thousands of mourners set to line the streets for the funeral, it’s fair to say that Bangkok – a city that already spends a lot of the time gridlocked in traffic – will be busy. That’s not to say it should be avoided completely; many bars, restaurants and shopping centres will still be open and are likely to be emptier, with many locals staying home to watch coverage of the funeral. Travellers need to be respectful – Thailand will still be in a period of mourning (which officially ends on October 27) and while it’s not compulsory, many people will be wearing black throughout October as a mark of respect. Televisions will be broadcasting in black and white throughout October, and there will be a curtailment of entertainment shows. Every station will be broadcasting the funeral only.