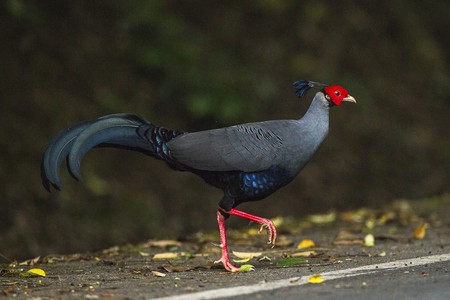 Whilst most of the attention goes to Thailand’s national animal, the elephant, it’s about time that its national bird — the Siamese Fireback — got a taste of the limelight. Here are some facts about it.

It has many names

Its scientific name was given by Napoleon’s nephew

An interesting tidbit about the Siamese fireback: Its scientific name was decided by Charles Lucien Bonaparte, the nephew of Emperor Napoleon I of France. A keen ornithologist, it might explain why it was named after a fellow Frenchman.

The males have a yellow spot on their backs 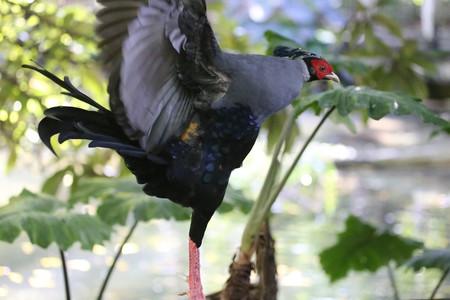 The yellow spot is pat

Located in the middle of their backs is a bright yellow spot, that stands out on their plumage, and it’s this feature that’s the reason they’re called “firebacks.” 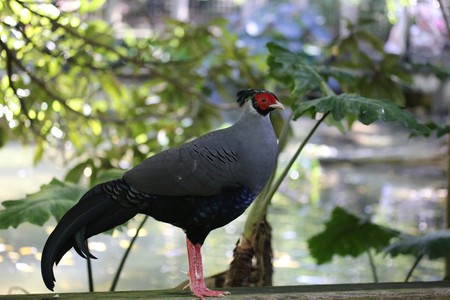 Sure, it’s not as cool as the eagle, but if you’re going to choose a pheasant as a national bird, it shows how confident you are in your country’s natural beauty and power. Yes, the Siamese fireback is a pheasant, and it’s fabulous.

It’s not just native to Thailand

It might be the national bird of Thailand, but fireback certainly isn’t exclusive to it. Siamese firebacks can be found not only in Thailand but also in nearby Cambodia, Laos and Vietnam, and even as far afield as China and Australia.

It was once classified as ‘Near Threatened’ 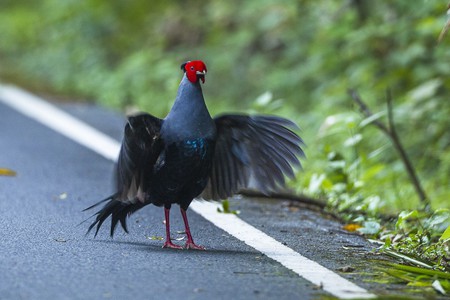 Whilst it’s not quite in the “threatened” category, it certainly wasn’t far behind, being categorised as “near threatened.” Hunting and encroachment into its habitat has seen it attain this status, and it could get worse in the future if action isn’t taken to ban the hunting of firebacks or if habitat destruction isn’t ceased.

But now it’s at ‘Least Concern’

Whilst the population is on a slow decline, this plucky bird has proven “more resilient to the threats of habitat alteration and hunting pressure than once thought,” according to the IUCN Red List. Just like the Thais themselves, they’re a hearty breed.

Work is being done to ensure they’re preserved 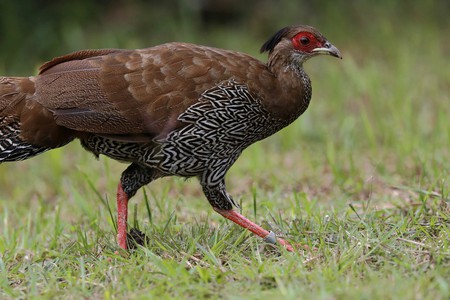 Worry no more! The Pheasant and Waterfowl Society in Australia and the Allandoo Pheasantry Society in Scotland are working to preserve the species, and they’re protected in national parks in Vietnam and Laos. So fingers crossed that in the future they’re not threatened at all.

Berries, bugs, why not both? That’s the attitude of the Siamese fireback, who are classified as omnivores. As well as fruits and berries, they’re known to eat invertebrates and mealworms. However, they might turn veggie yet; according to studies, they apparently eat more greenery than other fireback types.

The boys are prettier… 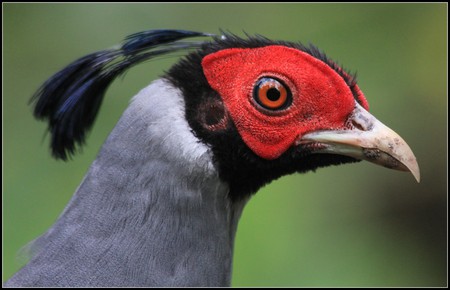 Sorry ladies, but it’s the males in this species that are the lookers. With a long crest of purple-black feathers, red faces, the trademark yellow “fireback” spot and blue, green, and white feathers, they’re a bird as beautiful as the country they’re named after.