Should Elephant Conservation Centres Be Franchised? 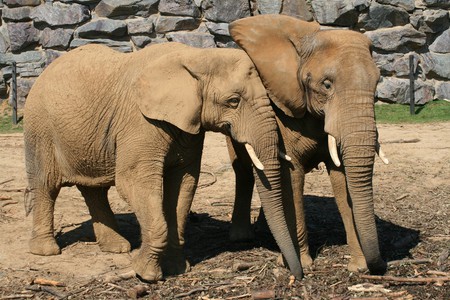 Some elephants are forced into lifelong labor | © Ricky Wright / Flickr

When Jack Lanting was eight-years-old, his mother took him to visit the Elephant Nature Park while on holiday in Chiang Mai, Thailand. He fell in love with an elephant named Lily, rescued from abusive owners that had used amphetamines to keep her working through injury and fatigue.

Lily’s story is an unfortunate reality all-too familiar for many elephants in Thailand and other parts of Southeast Asia, who are forced into lifelong labor, primarily within the tourist and logging industries. Once thriving in regional numbers of up to 400,000 at the beginning of the 20th-century, the population of Asian elephants is today closer to 2,000 – 3,000. 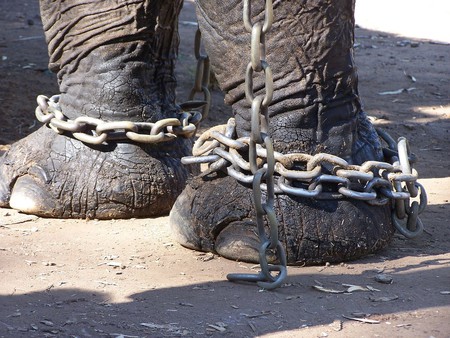 Jack returned home energized with a new mission to campaign for and help protect this endangered species. Under tutelage of Lek Chailert, the founder of the Elephant Nature Park, and other renowned elephant experts, today the now 17-year-old edges closer to his dream of opening another sanctuary in the kingdom through his Kwan Jai Elephant Project.

This isn’t the first time Lek has been an inspirational beacon and mentor to other budding conservationists through her Save the Elephant Foundation. Since the success of the flagship location in Chiang Mai, branches have opened up in Surin and Cambodia. Last year, Lek partnered with Montri Todtane to launch another sanctuary in Phuket. Then her concept traveled to the Gulf under Wittaya Salangam, who launched the much-anticipated Samui Elephant Sanctuary this past January.

Each of these parks operate under the same mission: to provide a safe, loving sanctuary for elephants that contributes to their welfare and development, while encouraging cultural preservation and visitor education. 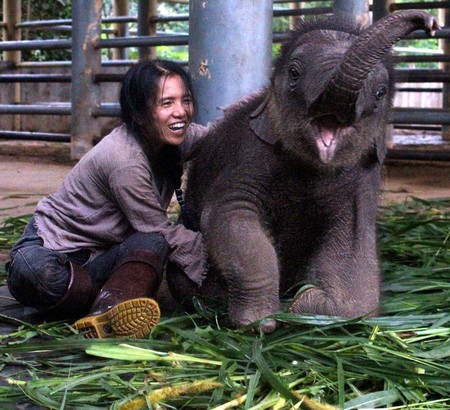 Lek Chailert with one of her baby elephants, Navaan | © Elemanxx / WikiCommons

This idea of social franchising – mission-oriented programs identifying with, acquiring resources from, and operating based on an individual model – has grown in the last decade and offers a promising solution for many challenges faced by organizations like those in elephant conservation. It works to advance an organization’s cause and mission through expansion into new geographical areas, united under common practices. It also enables local conservationists, like Montri, Wittaya, and Jack, to access the resources and expertise of a successful model and use their personal relationships and history in a community to grow the parent organization’s brand and values.

Companies have employed this concept for years. A McDonalds in the US operates exactly like one in Thailand, or Japan, or Kenya, but each store is slightly modified to cater to the local population and culture. Its standards and practices remain consistent, however, and ultimately that is what makes the strategy so successful. Franchising an elephant conservation centre, likewise, protects the integrity and continuity of the organizational mission while strengthening its visibility and ensuring responsible, ethical operation.

What’s more, starting any organization is incredibly difficult financially and organizationally, especially when you consider the resistance of many Thais to such wildlife conservation initiatives. A few years ago, 60 armed agents from the Thailand Department of National Parks raided several rescue centres under the premise of checking for the animals’ proper documentation. One of the raided centres, however, claimed that it was actually in retaliation for interviews it gave to media, which drew attention to both elephant poaching and inhumane conditions of tourist-heavy elephant shows in Thailand. 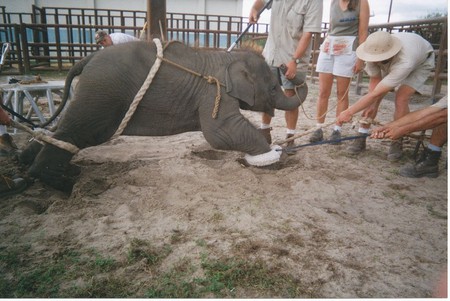 Thailand remains the world’s largest unregulated ivory market, where one tusk can fetch more than 5 million THB, roughly $160,000. According to several reports, contradictory policies and unenforced regulations also directly contribute to perpetuating the global black market for ivory and stimulates illegal poaching in Africa, an industry valued at over $10 billion.

What’s more, the elephant trekking industry in Thailand is bigger and more profitable than it’s ever been. In 2016, the number of elephant camps offering riding and other largely unethical entertainment tripled from the previous year to meet growing customer demand like that of Chinese tourists, whose numbers have spiked more than 263% since 2011. Many Thais disagree with the mission of the Elephant Nature Park, citing that its message and activities directly impact thriving local economies in the kingdom.

But Lek’s model proves that this does not have to be the case. Tourists to Thailand are becoming savvier, and the demand for ethical elephant experiences is dramatically rising. All of the centres’ individual websites urge visitors to book their trip well in advance due to the heavy interest, and reviews around the web echo the same advice. 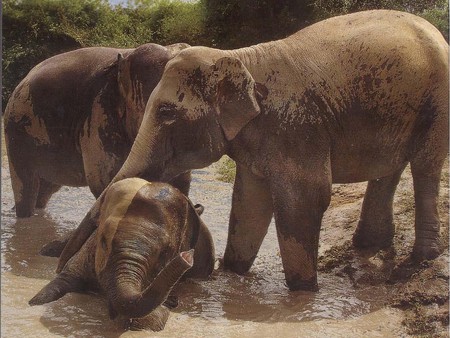 There is not enough natural habitat left in Thailand for captive elephants to be set free, and those raised for work and entertainment purposes are often drug-addicted, like Lily, or otherwise physiologically and psychologically damaged, requiring expert care.

They simply wouldn’t survive in the wild. This fact makes centres like those under the Elephant Nature Park and Save the Elephant Foundation umbrella even more necessary to this revered species’ survival, and their expansion in a franchise-like model could be a key strategy to make this mission a reality.