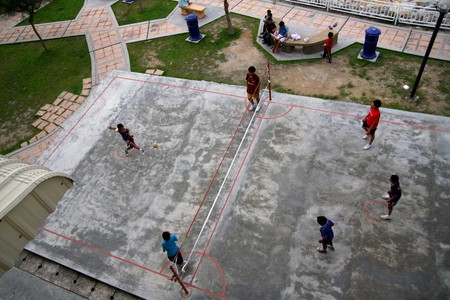 What do you get when you cross football with acrobatics and badminton? No, it’s not a fledgling eugenics program by the Russian Olympic Committee, but sepak takraw — Southeast Asia’s coolest sport.

A sport etched in history

Whilst you may not have heard of it, sepak takraw isn’t a new sport; in fact, there’s evidence it was played as far back as the 15th-century. Despite not being a contact sport, that doesn’t mean it isn’t without its accidents; the earliest accounts of the sport tell of the son of the sultan of Malacca accidentally being hit with the ball, before then going on to murder the person who hit the wayward pass — quite the overreaction. As well as being played in Malacca, there’s evidence that points to the sport being played in Indonesia and Thailand in the 16th centuries, as well as in the Philippines and Myanmar. Today, it’s popular all over Southeast Asia and has even spread to the West, and is governed by the International Sepak Takraw Federation (ISTAF).

The sport is contested by two teams, each with three players, on a court that’s similar to a badminton one, with a net in the middle. One player takes the tekong role at the back of the court, whilst the other two are up front. The left sided player feeds the ball to the one on the right, who volleys it over the net to serve. The game consists of three sets, each one up to 21 points, and teams need to win 2/3 sets to win the game. Balls are traditionally made of woven rattan, but are also commonly made of synthetic rubber. The legs, feet and head can all be used to make contact with the ball, but not the arms. Play is fast paced and acrobatic, with players striking the ball in all manner of positions, with exciting flips and dives common amongst skillful players. 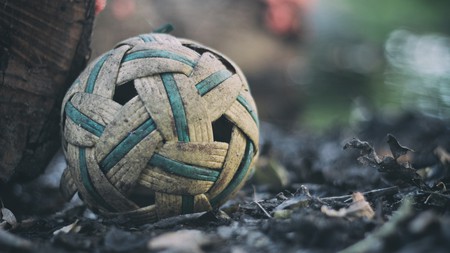 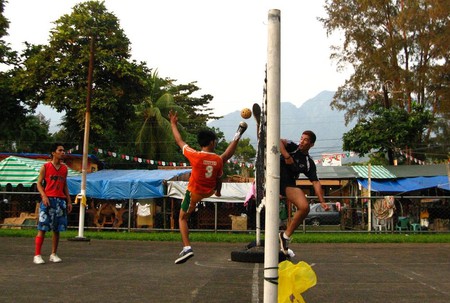 As well as playing against another team, it’s also common to just play amongst friends in a more relaxed setting. Players stand in a circle, with the aim of just keeping the ball in the air between themselves, similar to keeping up a football. It’s a great way to develop skills that’ll help when it comes to playing competitively, and the basics can be picked up quickly.

Given the proximity to its creation and its popularity, it’ll come as no surprise to learn that Thailand and Malaysia are dominant forces in the world of sepak takraw. Thailand won the inaugural sepak takraw World Cup, and also cleaned up at the SEA Games in 2017, winning golds in several of the men’s and women’s events, as well as winning each of the four ISTAF SuperSeries competitions, with Malaysia runners-up in each. Whilst its popularity might not be anywhere near the levels of football globally, ISTAF has 31 nations under its umbrella, with countries as varied as Brazil, the USA and Germany all members. 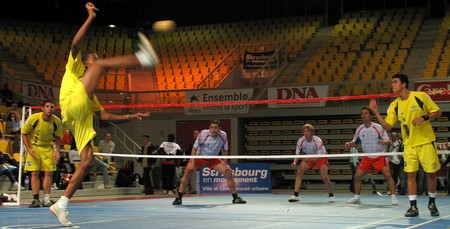 Westerners playing the sport | © francois schnell/Flickr
Give us feedback