Conservationists Are Electric Shocking Thailand's Coral Reefs Back to Life 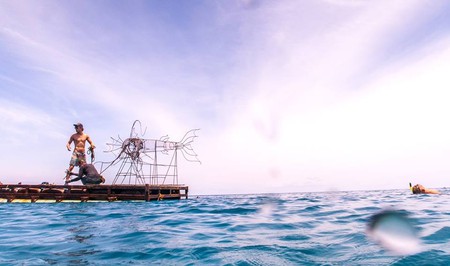 Scientists have known for years that the coral reef systems of the world are in decline. Beautiful and delicate, while they only cover less than 1% of the sea floor, they’re home to more than a quarter of all marine life and produce half of the oxygen we breathe.

Fighting against the impacts of threats like pollution, climate change, and coastal development, conservationists worldwide have been scrambling to find ways to save this incredible natural resource. One promising solution emerging in the Gulf of Thailand is mineral accretion technology – the generation of a low-voltage electrical current through the coral to stimulate its growth. 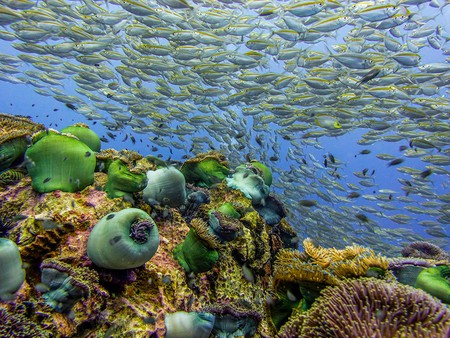 First explored in the 1970s by the company BioRock, the technique is familiar in the marine biology community, but largely plateaued due to factors like patent restriction and the enormous maintenance costs. A group of conservationists on Koh Tao, Thailand, however, have found a way to repurpose the original intention of the technology, in a much more cost-effective and efficient way. They call it CoralAid, and it has presented promising results to the reef health in the bays where it’s been implemented. So promising, in fact, that they hope to launch the project as an open-source guide available to conservationists worldwide, offering the guidance and tools reef managers need to preserve and grow their local coral.

CoralAid doesn’t electrify the actual natural reef, but electricity is run through a metal rebar structure to which coral pieces are attached. The beauty of artificial reefs is that imagination is the only limit. Around the world, collaborations with artists have resulted in incredible underwater museums, attracting recreational divers and scientists alike. The metal can be worked into any shape and size, appropriate for its planned location. 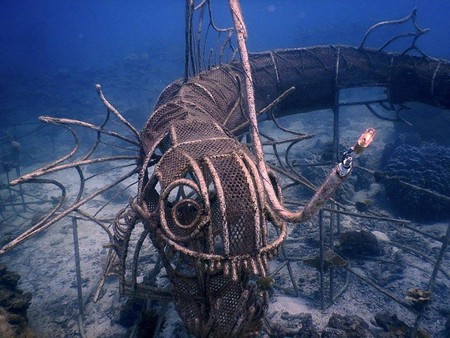 Divers collect coral fragments from the sand – pieces that have broken off and would otherwise die smothered in the seabed – and attach them to the metal structure. Corals survive mainly through photosynthesis, so raising them out of the sand and into the water column already drastically improves their chances of survival and regrowth. Corals reproduce sexually but also asexually, so a broken piece can regrow into a full, healthy animal in the right conditions. 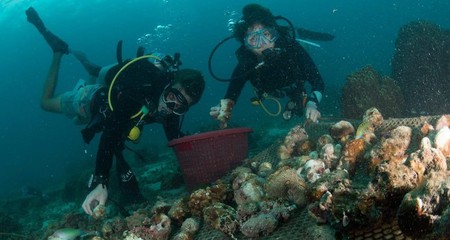 One of the main reasons that corals die is due to coral bleaching, which occurs when both sea temperatures rise and pH levels in the ocean drop to levels intolerable to the animal. Corals thrive in more temperate waters between 21 and 29 degrees Celsius. As the oceans absorb the world’s carbon dioxide – an estimated 40% of all emission – the acidity rises drastically. To boot, the emissions have caused oceanic temperatures to rise steadily, and this rise is only accelerating according to scientists. The warmer waters cause the coral to react similar to how humans react to a high fever – they begin shutting down. We can see this reaction as a coral bleaches, which ultimately means it is likely on its way to death. 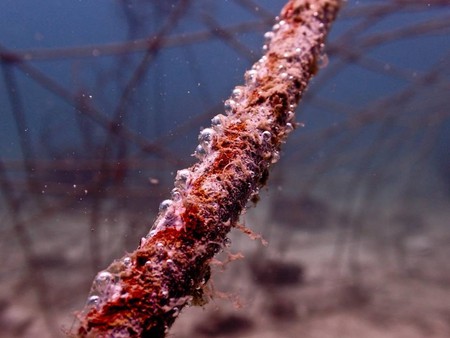 CoralAid’s low-voltage electrical current disperses from the metal structure and causes the surrounding water to reduce in acidity and take on a more alkaline property. This immediately accelerates the growth of calcium carbonate – the main component of coral. Studies have shown that this causes the coral growth rate to spike upwards of 50% for the corals immediately touching the structure.

What’s exciting to reef managers and conservationists, however, is that the electricity seems to be positively impacting the surrounding reef, including natural corals, shellfish, clams, and other animals that rely on that calcium carbonate. The quick-growing structure soon attracts a wealth of sea life, offering refuge to animals displaced by receding reefs.

You don’t have to be a scientist to participate in marine conservation. There are tons of opportunities available for ocean enthusiasts of all levels, including programs created for you to help design, sink, and maintain your own artificial reef structure. 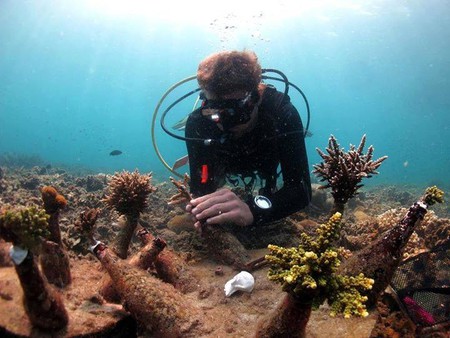 In Thailand, New Heaven Reef Conservation Program on Koh Tao is the organization responsible for launching the CoralAid initiative, and they offer tons of ways for budding conservationists to get involved, from raising baby turtles to maintaining the artificial structures. CORE Sea in Koh Phangan offers a host of programs specializing in marine research and its own nursery initiatives. Most communities along the coast have some local conservation organization open to visitors, so whether your travels take you to the Andaman coast or the beaches a stone’s throw from Bangkok, there are opportunities to make a difference helping Thailand’s incredible reefs.