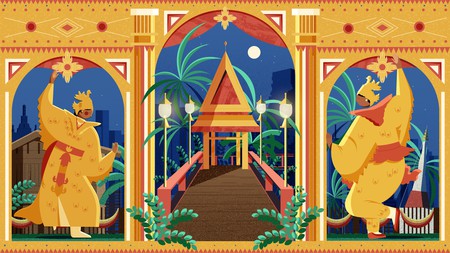 On a carless river island in northern Bangkok, there’s a way of life that exists separate from the rest of Thailand. In the unassuming temples and streets of Ko Kret, Mon language and culture quietly endures.

Jao Kun Sa-né sits cross-legged in front of a whirring fan as torpid heat engulfs the tropical river island of Ko Kret. At high noon, even the cicadas’s whirr seems muted. Yet the orange-robed Sa-né is apparently unfazed. He removes his dentures and proceeds to pronounce the letters of the Mon alphabet.

“Ka, khuh, keh, geh,” he says, pausing after each letter for his small audience of monks to repeat the sound. “There are 35 consonants in the Mon language and 12 vowels,” he says, beaming every time someone gets the pronunciation just right.

Sa-né is the head monk at Wat Paramaiyikawat, and the lesson is taking place on the veranda of his living quarters, a wooden structure filled with mounds of old books, magazines, gifts and other possessions acquired over a lifetime of devotion to Buddha.

But none of them is as rare as the head monk’s understanding of the Mon language. 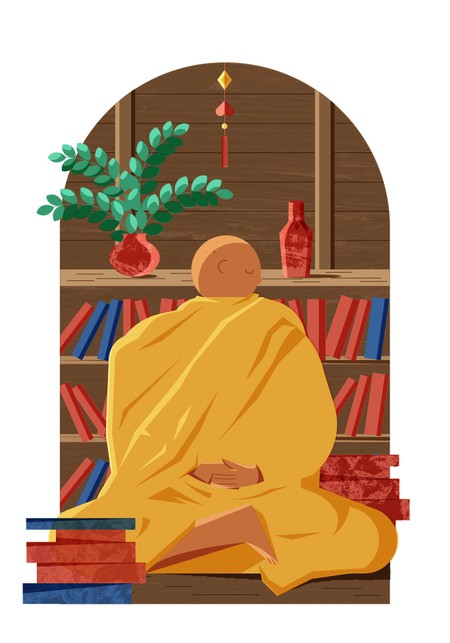 Guardians of a language

Mon culture arrived in Thailand when the Mon people, an ethnic group who originated in present-day Myanmar, fled persecution and potential genocide. Before that, in the 10th century, the Mon kingdom ruled much of Myanmar. Its regional power ebbed and flowed until the mid-17th century, when Burmese forces overran the region.

Accepted by the Thais, mainly due to their shared Buddhist beliefs, the Mon were allowed to settle in various quiet pockets throughout the country, such as Ko Kret. With time, Thai gradually ousted Mon amongst the refugees and their descendants, with the Mon tongue enduring with, but increasingly restricted to, the elders and monks. Beyond Thailand, Mon is only spoken regularly in a handful of Myanmar’s southeastern provinces.

Today, Sa-né is one of just a few people who knows the language on Ko Kret. Outside the walls of Wat Paramaiyikawat, the number shrinks to zero. Oy Patum, a descendent of the Mon and resident of Ko Kret, tells Culture Trip that “nobody has spoken Mon in my family since my grandmother, and it’s the same for all the other families here”. If it weren’t for Sa-né teaching the monks, the Mon tongue would wither. 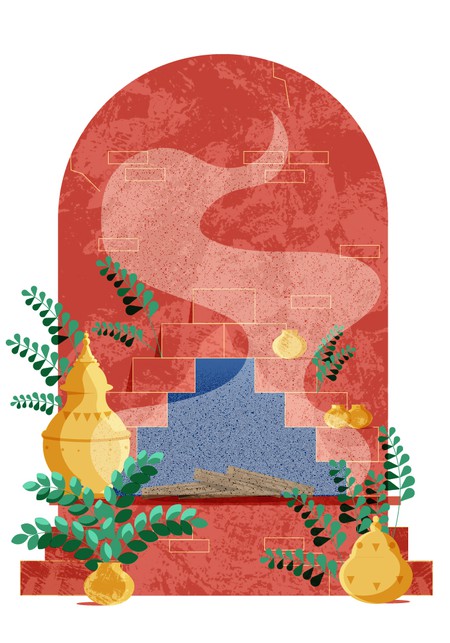 That Wat Paramaiyikawat is one of the oldest-known incubators of Mon culture in Thailand and is little known by day-trippers to the island, who come to escape the Bangkok bustle. Apart from weekends, when the crafts market chokes the narrow streets, Ko Kret is practically somnambulant, owing largely to the lack of cars on the island. Cycling by Wat Paramaiyikawat, there’s nothing to show that it’s one of the last bastions of Mon language in Thailand.

Mon culture, however, still means a great deal to its Ko Kret descendants. So much so that the unique craft of unglazed pottery they brought with them is still their main occupation. The huge brick kilns of Patum’s Pottery burn day and night, solidifying clay vessels into black or terracotta pots. “We are a Mon family and have been making pottery here for generations,” says Patum, pointing to a wall of faded family portraits.

Ko Kret has been unscathed by the modern developments that have transformed the rest of Bangkok, like cars and high-rises. The only thing that has changed for the Mon community over the centuries is their primary language. The few Mon words that do survive in regular parlance here are related to pottery making. For example, the most common form of decoration of the clay is called glue hah kohh, or ‘lotus pattern pottery’, which involves making intricate floral incisions that resemble the petals of the lotus flower. The kiln-firing process, known in Thai as lub phaw, is also derived from Mon. 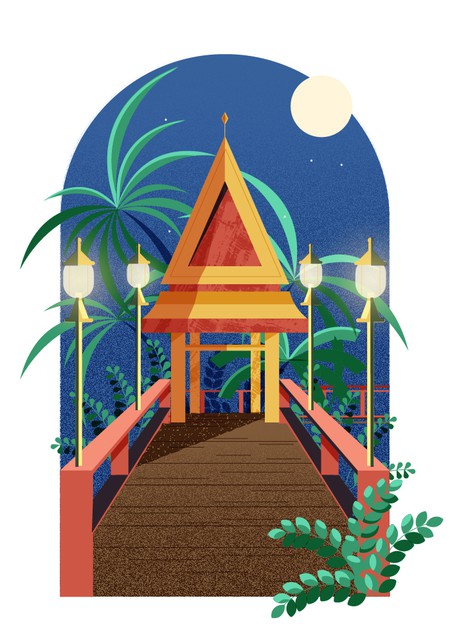 There are no bridges to Ko Kret. The island is reached by rickety wooden boat, which floats past Wat Paramaiyikawat’s distinctive Mutao Chedi, a precariously perched chedi, the foundations of which have been eroded through years of strong currents. This relative isolation means Mon culture – including the art of pottery making – thrives in Ko Kret, where it may have been diluted elsewhere.

With its strict traditions, Buddhism emerged as the language’s one vital preserve. At Wat Paramaiyikawat, prayers are undertaken in Mon and head monk Sa-né teaches the language to the other monks. This institutional elevation of the language to a heavenly realm is an extremely fortunate lifeline, without which the once-native tongue of Thailand’s Mon communities would most certainly have disappeared.

Sa-né gets up and unlatches a key from the many that hang on nails all around a doorframe nearby. He wanders off down the stairs and returns minutes later with a ream of thin paper strips made from dried banana leaves. He then pulls out a thick old hardback book, in which Buddhist prayers are scrawled across its pages in Mon. It is a rare text and, judging from its weathered look, well-thumbed.

He gently cradles the bundles of dried banana leaves. “I have handwritten every single one of these,” he says, indicating the delicate Mon script. Each strip contains a prayer, copied out painstakingly from the book. “It is the best way to really learn the language and all monks have to do this eventually.” It also ensures that the script and the contents of that book are replicated and reproduced for the next generation. “As long as there are monks at this monastery, there will be Mon language,” he says. With that he closes the book, concluding the day’s lesson.