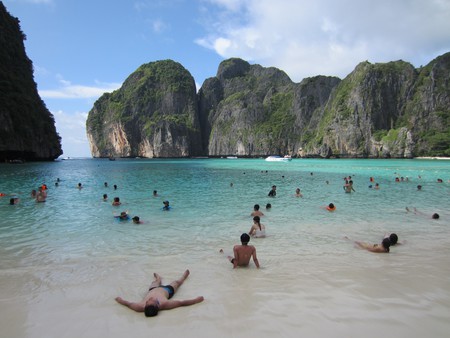 As seen in the hit Danny Boyle movie The Beach, Thailand’s Maya Bay has been a popular destination for film lovers and travellers alike. Now, tourists are set to face a temporary ban and long-term limits on the number of visitors. 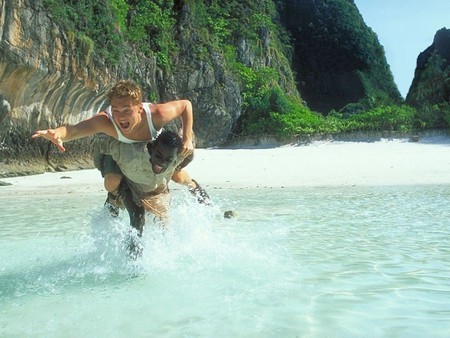 The beach on Koh Phi Phi Leh that was featured in Leonardo DiCaprio’s hit film from 1999, is to be temporarily shut down by Thai authorities in an attempt to allow coral reefs and sea life time to recover from years of relentless tourism activity.

The stunning bay will be initially closed for up to four months to allow some natural recovery to occur. The secluded region shot to fame after it was featured in The Beach, a film based on an Alex Garland novel of the same name. Leonardo DiCaprio played a young adventurer in the movie and soon after it was released the number of visitors to the tiny island rose dramatically.

Visitors will be completely banned this year from Maya Bay from June until September, the traditional low season in Thailand, and this looks set to be a move that will occur annually. On average 200 boats carrying over 4000 tourists sail into the area daily and as a result, according to surveys by marine biologists, coral reefs have been destroyed and sea life has virtually disappeared. 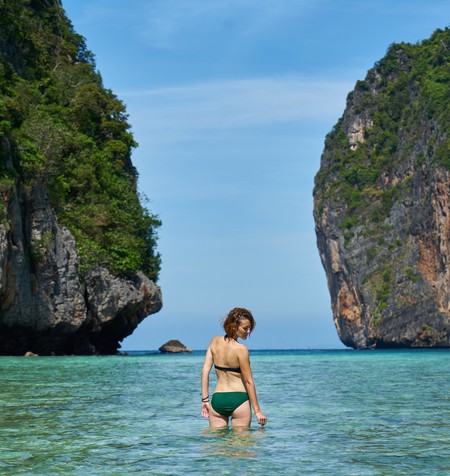 ‘Overworked and tired, all the beauty of the beach is gone. We need a timeout for the beach.’ says Thon Thamrongnawasawat, a prominent marine scientist and member of Thailand’s national strategy committee on environment development. Others have claimed that it might already be too late to save Maya Bay.

When the beach is finally reopened, a daily limit of 2000 tourists will be set. No boats will be allowed to anchor directly within the bay itself, and will instead have to moor off floating pontoons on the opposite side of the island.

Thailand remains a hugely popular destination for travellers from all over the world. When The Beach premiered 18 years ago, there were 10 million annual visitors, compared to an estimated 38 million who will arrive this year alone.

Two other Thai islands were closed to tourists in the past. In 2016, Koh Yoong, part of the Phi Phi island chain, and Koh Tachai, in the Similan Islands National Park, were made off-limits. The results have been encouraging enough for authorities to make this most recent curb.