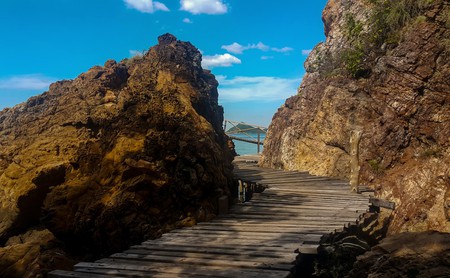 Do ghosts stroll along these walkways? | © Topgunza / Shutterstock

Koh Kham Noi is a small island in the eastern Thai Gulf, off the coast of Chonburi. Although uninhabited today, the island has a spooky legacy.

American soldiers had a base on Koh Kham Noi during the Second World War as the deep waters were ideal for accommodating large warships. The deadly mosquito-spread disease of malaria was rife at that time, killing a substantial number of soldiers. Their bodies were buried on the island. 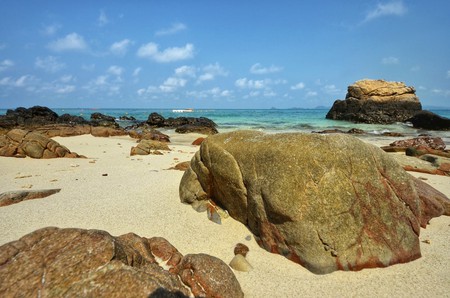 Nearby islands had sizeable Muslim communities who used Koh Kham Noi as a burial ground. Unlike Thai buddhists, who cremate the dead, Islamic principles provide that dead bodies must be buried in the earth. Nearby communities buried malaria victims at Koh Kham Noi to try to prevent the disease from spreading. Chinese-Thai communities from the islands and mainland also used the island as a final resting place. Today, there is a Muslim cemetery on one side of the island and a Chinese cemetery on the other. 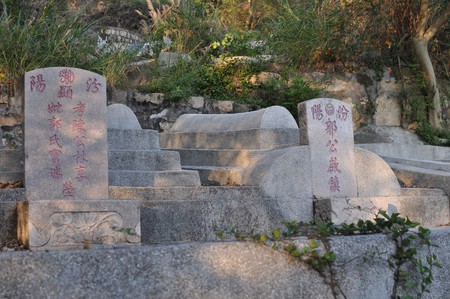 Due to the large number of dead bodies buried on Koh Kham Island (many of who died prematurely from diseases) and the strong Thai beliefs in ghosts and spirits, many people believe that unearthly souls roam around the island today. Local urban legends recount stories of visitors seeing ghosts of people from different ethnic groups and religions. There have also been reports of unnatural and painful sounds, like moaning, groaning, and tortured wailing, breaking the silence. A lot of local people feel uneasy on the island during the daytimes, and it’s certainly not a place where many would choose to spend the night!

Few people make a stop at Koh Kham Noi, with many travellers opting to spend their time on the mainland in Pattaya, or visiting larger and more well-known islands such as Koh Larn. Nobody lives on Koh Kham Noi, though it is accessible at some times of the year, with ferries stopping here en route to other islands and private boat charters available for greater convenience. The island, along with its larger sister of Koh Kham Yai, is managed by the Thai Royal Navy. The military help to protect the local nature and close the island at certain periods to allow sea turtles to breed in peace, and for the corals and other aquatic life to thrive.

Today’s visitors largely come to enjoy the excellent snorkelling and fishing opportunities. You can also visit the large cemeteries, though remember to dress modestly and act respectfully. There are no accommodations on Koh Kham Noi, but daring souls sometimes pitch their own tent to spend the night on what is often referred to locally as Ghost Island. 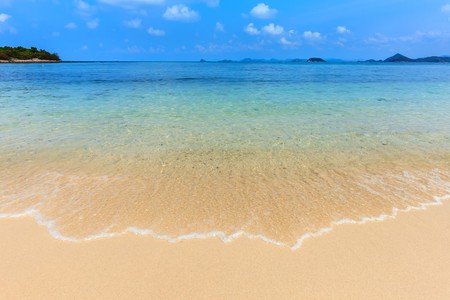