Just a Reminder: It’s Illegal To Post Photos of Booze in Thailand 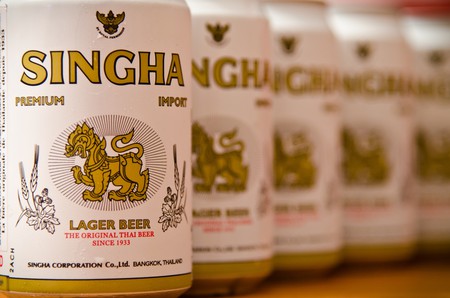 Headed to Thailand? Make sure not to post a selfie with a drink while you’re there, or you may face a huge fine—and maybe even jail time.

“Don’t drink and Facebook” is always good advice. But in Thailand, it’s also the law. You see, in 2008 a law went into effect prohibiting the advertising of alcohol or “enticing” others to drink—and photos on social media apparently are considered advertisements. Violators face fines of up to 200,000 baht, or about US$6,000, and potentially up to a year in jail.

But the law was scantly enforced until recently, when a major Thai-language newspaper reported that police have said they’ll be monitoring social media for any posts that show the consumption of alcohol and cracking down on violators—celebrities, public figures, and ordinary citizens included.

Yes, the Thai government will literally be punishing people for showing themselves having a good time.

A high-profile crackdown has happened before, in 2015. In that case, several celebrities simultaneously posted photos of themselves with Chang Beer, a major Thai beer brand. Although the celebs denied being paid for the posts, the concurrent timing of the posts seemed to not be coincidental. The stars apologized and deleted the posts.

But now, the government has declared it will be taking action against ordinary citizens (and, perhaps, tourists too). Thai publications The Nation and the Bangkok Post have posted outrage-tinged warnings about the renewed enforcement of the photo ban. “In the news report, the police general seems determined to tackle law violators indiscriminately. He even suggested a grace period. ‘Delete them now, and police will not take any action, but otherwise, prepare for hefty fine,'” the Bangkok Post quotes a Thai-language news report as saying.

Bangkok’s bartenders are keeping a sense of humor about the whole thing, however. BK reports that some are blurring out wide swaths of photos they’re posting to social media to underscore how ridiculous and limiting the ban is.

That’s one way to flout the law… but we’d encourage travelers to be on the safe side and wait to post any photos of drinks until you’re safely back home.