Is It Safe to Travel in Thailand? 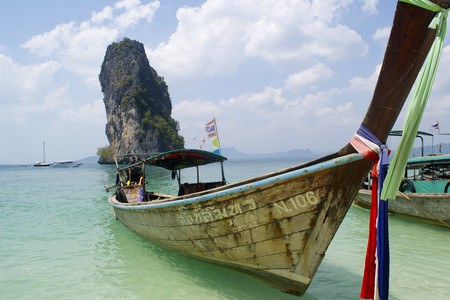 Incredible weather, sandy white beaches, delicious food: the checklist as to why one should visit Thailand is seemingly endless. That being said, the recent attacks on some of the country’s most visited tourist areas have left some people questioning whether or not traveling to Thailand is worth the risk, or indeed if there is any risk at all.

Within a 24-hour period, at least five provinces in Thailand were hit by a series of bomb blasts this past Thursday and Friday. A total of four people died and dozens more were injured after the locations, mostly popular tourist destinations, were attacked. At least ten foreign visitors were among those who were injured.

Where were the bombings?

The five provinces attacked include Hua Hin, Surat Thani, Phuket, Trang and Phang Nga, all popular destinations for both tourists and Thais alike. Hua Hin is a premiere beach resort, where most of the injuries occurred. The bombs were put in flowerpots along some of the busiest nightlife areas, where there are many popular restaurants and bars.

While there has been unrest in southern Thailand for 12 years now, none of the previous attacks seem to have been aimed at foreigners. Southern Thailand, more specifically the provinces closest to the Malaysian border, are some of the only areas where violence has occurred, until last week.

According to a February 19, 2013 BBC News article titled Putting a face to the conflict in Thailand’s south, Malay Muslims make up the majority of populations in provinces where violence has occurred, and the violence rarely makes headlines. These attacks have included drive-by shootings by gunmen on motorbikes, beheadings of traders, and roadside bombs, which were detonated via mobile phones.

Mobile phone signals apparently detonated all of the bombs this past Thursday and Friday, according to an August 12, 2016 Bangkok Post article titled String of bombs rock South.

Most of the blasts occurred on Friday, August 12th, the same day as the Thai Queen Sirikit’s 84th birthday. These attacks also occurred in the aftermath of the debated referendum that marshaled in a new constitution, which was voted on last Sunday. The first anniversary of the Erawan Shrine bombing in downtown Bangkok is also coming up. That bombing killed 20 people and injured 125 more on August 17, 2015. 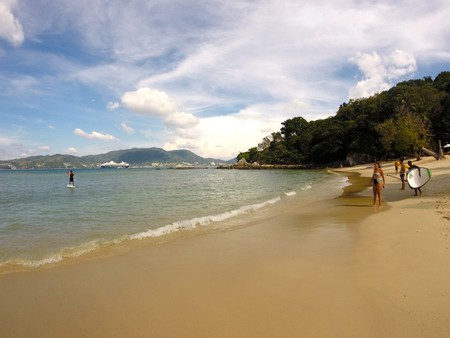 According to a January 14, 2014 Tourism of Authority Thailand Newsroom article, Thailand welcomed more than 26.7 million visitors in 2013 alone. This number was only expected to grow as time went on. The tourism industry counts for ten per cent of Thailand’s economy.

The World Tourism Organization (UNWTO) has since condemned the recent attacks on its website, and went on to assure readers that the World Tourism Day celebrations, which will be taking place in Bangkok on September 27th 2016, are still scheduled to take place.

‘Thailand is one of the most consolidated tourism destination in the world,’ said Taleb Rifai, UNWTO Secretary-General. ‘A destination where people of all cultures unite and enjoy tourism and its strong potential to foster development.’

Rifai went on to say that working together to make the celebrations a success is the best way to express, ‘support and union against these hideous acts.’ 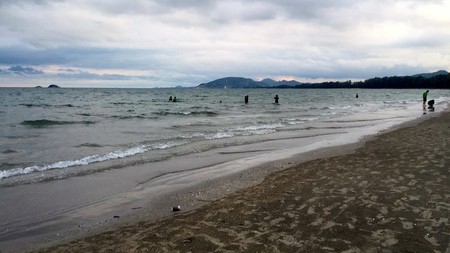 Beach in the resort town of Hua Hin, where there were four blasts in less than 24 hours/Courtesy of Kelly Iverson

The U.S. Embassy in Bangkok, among those of other countries, put out travel warnings due to similar events that have happened long before the most recent string of attacks. The State Department, for example, was concerned about the continued risk of terrorism in Southeast Asia. There were several incidences possibly linked to terrorism in 2012, including one planned terrorist attack against foreign interests in Thailand that ended with explosive devices being detonated off a busy street in central Bangkok.

There has also been ongoing violence in southern Thailand, although most attacks target security officials and Thai government interests, according to the U.S. State Department. This violence occurs daily, and it is advised that no foreigner should travel to these provinces unless absolutely necessary. 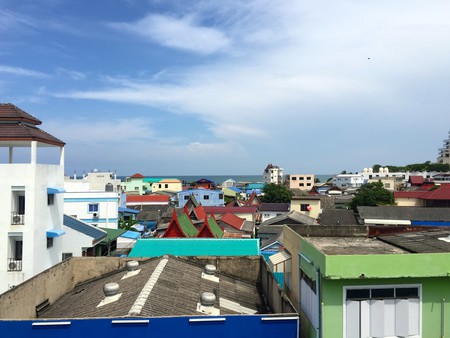 While the country is certainly not closing its borders, Thai Prime Minister, Prayut Chan-o-cha called for more security in urban and popular tourist areas. The U.S. State Department also advises all who travel in Thailand to exercise caution, avoid crowds and demonstrations and to be especially wary in places where there are large groups of people, including clubs, restaurants and beach resorts.

Two men have since been arrested in relation to the attacks in Hua Hin that targeted both the main bar district as well as a clock tower, according to an August 14, 2016 Guardian article.

TAT offices report that there were few changes made to booking arrangements in regards to tourism in Thailand in the aftermath of these bombings. Nonetheless, the TAT is taking the initiative to ensure that tourism does not suffer.

‘We want to show that Thailand and the Thai people genuinely care for the well-being of all tourists,’ Supasorn said. ‘And we want tourists to know that by visiting Thailand, they’ll make memorable travel memories and enjoy experiences that will entice them to return time after time.’