If you believe the cliché, cakes can be ‘to die for’. This Bangkok café takes the idea very literally indeed.

At Kid Mai Death Awareness Cafe, you can sit next to a skeleton and look up at signs bearing messages like ‘The death you love’, ‘Eventually you can bring nothing’ and ‘Is there anyone waiting for you?’ The range of coffees and sweet drinks includes ‘birth’, ‘elder’, ‘death’ and ‘painful’. And there’s a large, ornate white coffin in the seating area, which you can get in – closing the lid after you – for a discount. 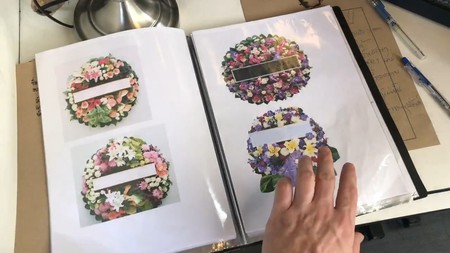 At Kid Mai Death Awareness Cafe, visitors can fully immerse themselves in an experience they’ll never get to before their time’s up | © Culture Trip

The story behind Kid Mai

The café was set up by Dr Veeranut Rojanaprapa with Buddhist aims in mind, the idea being that if we’re more aware of our deaths we’ll behave more selflessly. Rojanaprapa has said that “awareness of death in Buddhism is strong enough to make people recognise the value of their life,” and that coming to this understanding means “greed and anger will decrease automatically.”

He chose the venue after seeing so many young people working in cafés, making Kid Mai a great place to spread the word. The project is part of a wider campaign called ‘Thailand 4.0’, in which the government is seeking to improve social well-being.

And does it work?

Well, online reviews are mostly positive. You enter through a dark alley, hung with questions about mortality, beyond which there’s an air-conditioned indoor section as well as a bright outdoor area. The signature drinks are events in themselves, with ingredients including rosemary, Kit Kats and Oreos poking out of vibrant coffee and syrup concoctions.

You might want to bear in mind that trying out the coffin doesn’t just net you a discount. Some Thais believe that getting out of a coffin gives you good luck, since your bad luck stays in there, leaving you to walk out free of bad karma.

You can find out yourself by visiting 1191 Phaholyothin Road in Bangkok’s Phaya Thai district – it’s open daily, 9 am to 7 pm. It’s just around the corner from Ari BTS Skytrain station.