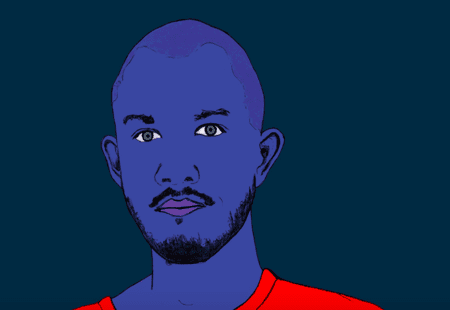 The celebrated Thai writer’s story collection may be the first work of contemporary Thai literature to be translated into English in the 21st century.

During my first trip to the Venice Biennale, in 2009, I walked into the Thai pavilion expecting visual art; instead I encountered the “The Gondola al Paradiso Company, Ltd,” a fake tourism agency. I remember being handed a travel brochure with a woman smiling freakishly on its cover, and I recall hum and hawing over a vended t-shirt decorated with the Shepard Fairey-filtered portrait of the King of Thailand. Nearby was a large poster depicting a rainbow colored tank rolling down a street adjacent to the cutout of two Buddha’s merrily skipping and holding hands. Having never been to Thailand, I then only had an idea of it as the premium destination for binge tourism, where people paraded throughout its beaches and brothels, fueled by BBQ and barbiturates engaged in a Mortal Kombat of debauchery. This flipping of the industry was eerie, if not telling.

“Thailand is a nice little place where you come and get delicious food and really cheap accommodations,” noted Thai writer and artist Prabda Yoon, “and, for a lot of people, a lot of sex and drugs and great nightlife.” Yoon was responding to an interview question posed by his translator, Mui Poopaksakul, on why so little Thai literature was read abroad. His answer revealed a bigger lament: “I just don’t think we’re that interesting,” he said, “in terms of culture, in terms of art and cinema…there are no real issues that the world in general would pay attention to.”

Yoon, who was educated in the US, is an ideal candidate to speak on the perceived flatness of Thailand’s cultural output—he is one of its mountains. Yoon’s bio is cake layered with occupations: the author of multiple story collections, novels and screenplays; a translator Salinger, Nabokov, and Burgess; a bookstore owner and publisher; a musician and songwriter, a graphic designer and visual artist. Cherry-topping these metiers is his award-winning debut feature-length film Motel Mist. I suggest following him on Twitter. 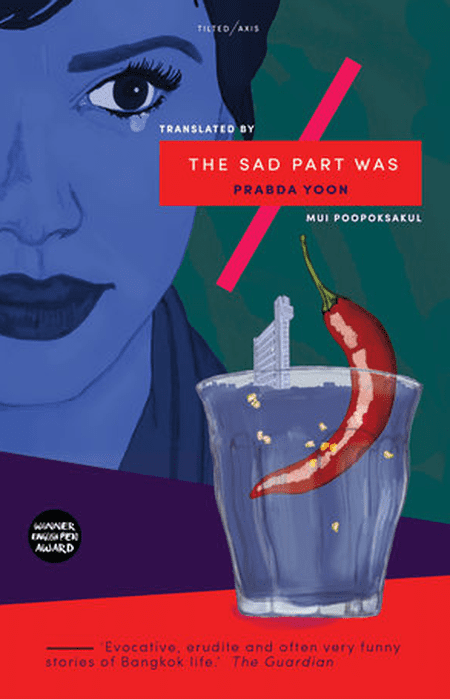 The publication of The Sad Part Was, a bodacious and offbeat collection of Yoon’s early stories primarily set in Bangkok, lays an unchallenged claim to being the first work by a contemporary Thai writer to appear in an English translation in the 21st-century, if not longer (for that we can thank the fantastic and fluid translation by Poopaksakul, currently the only published translator of Thai literature). While that factoid would be enough of a cause célèbre for international literature, Yoon’s too much of a stylish oddball to be mere filler for a cultural lacunae.

Take the premise of a story like “Crying Party” where four friends want to honor the memory of the fifth member of their group, by hosting one last lachrymose gathering at her former apartment. To do this, they have to convince the new tenant to let them borrow the place, and their explanation of their bizarre pastime leaves him nonplussed:

“You all met up here every Sunday to get drunk and eat raw bird’s eye chilies until tears came out of your eyes. And you competed to see who could cry the longest and the most. That sounds ridiculous…and kind of awful.”

Though story shifts, as horror does, from its comical beginnings before descending into the stomach when the origins of the crying party are revealed. Yoon is, in this regard a master at lion-taming his own absurdity, pivoting the emotion of a narrative and bringing it to a heel. When in one story, an American farang (the Thai word for Westerner) discovers an alien object in the jungle, Yoon slyly shifts the focus of the story shifts from artifact to its finder, by having him engage with an aggressive Thai talk show host:

“‘Let me ask you a stupid question,’ he said, flashing a quick smile into the camera. ‘This secret, did it look mysterious? Did it have the appearance of something weird or mysterious?’ The traveler shook his head. His neck folded. He could only look at the flip flops on his feet. Weird and mysterious? He could no longer remember. After all, there are no secrets in this world. The producers cut to the commercials.”

That’s the end of the story, as abruptly unplugged as Owen Wilson’s “Wildcat” moment, the sophistry slightly more cranked.

Yoon is more raw and vulnerable when he foregoes fantastical elements for realistic ones. Maternal relationships hold a particular fascination for Yoon, a preoccupation that births two of his most heart-cracking stories: a grandson’s attempt to rekindle a memory with his grandmother; and a mother’s aching effort to fulfill the dream of her mentally-disabled son. Fathers, conversely, are equally as absent—either dead, missing, or unknown. Only one story approaches a paternal connection, and it’s one of the the weaker pieces: at once awkwardly avuncular and self-consciously axiomatic.

In attempting to wedge morality into his tales, Yoon plays with fire. Even in his most bizarre set-ups, rectitude has a way of parachuting into the narrative. In one peculiar piece, a man is crushed by the fall of two large building sign letters, an event that interrupts a young couple’s love-making. The police, when they are called in, are audibly disgusted not by the scene but by the sex:

“Even with a dead body lying there on full display, drowning in a puddle, you still felt the need to stage a love scene…if the nation’s young men and women are all as lacking in decency as you, our future will be dark and dismal indeed…don’t deny it, the smell given off by your flagrant behavior still hangs in the air on the roof. It’s so crude, even the purity of the rain finds it hard to wash away.”

Considering that The Sad Part Was first appeared in Thailand in 2000, when Yoon was still in his twenties, these criticisms feel beside the point. This is the work of a writer who was back then experimenting with voice, and taking risks that are for the most part enthralling, even if a couple miss the mark. Seventeen years is a long time to perfect a style, or rather, to perfect the confidence that style demands. But a collection like The Sad Part Was is also sui generis enough to provoke that feeling that record producers must have when they hear a demo tape and know that this is an artist that should be signed immediately. No wonder its one of the young and awesome Tilted Axis Press‘s inaugural titles.