Many Asian traditions are struggling to endure. The tourism industry is booming, making it seemingly more difficult for traditions to survive the influx of foreign visitors. Thailand is one country in which this industry is thriving, welcoming some 32.6 million tourists in 2016 alone, according to Reuters. How do customs persevere in a modern changing landscape? Three groups in Western Thailand have somehow found a way. Here, meet the people residing, working, and carrying on traditions in the villages of Mae Sot.

For many, the sound of an artisanal loom is unrecognizable. The beating of the pedals and combs are both consistent and captivating, as the artist’s hands work tirelessly over the vibrant patterns intertwined in the machine. The cotton weaved can be made into a number of different things, including longyis, a sarong-like skirt that is wrapped around the waist. Many Myanmarese can be seen wearing these throughout the country. These amazing handicrafts are produced in the villages found in the city of Mae Sot. 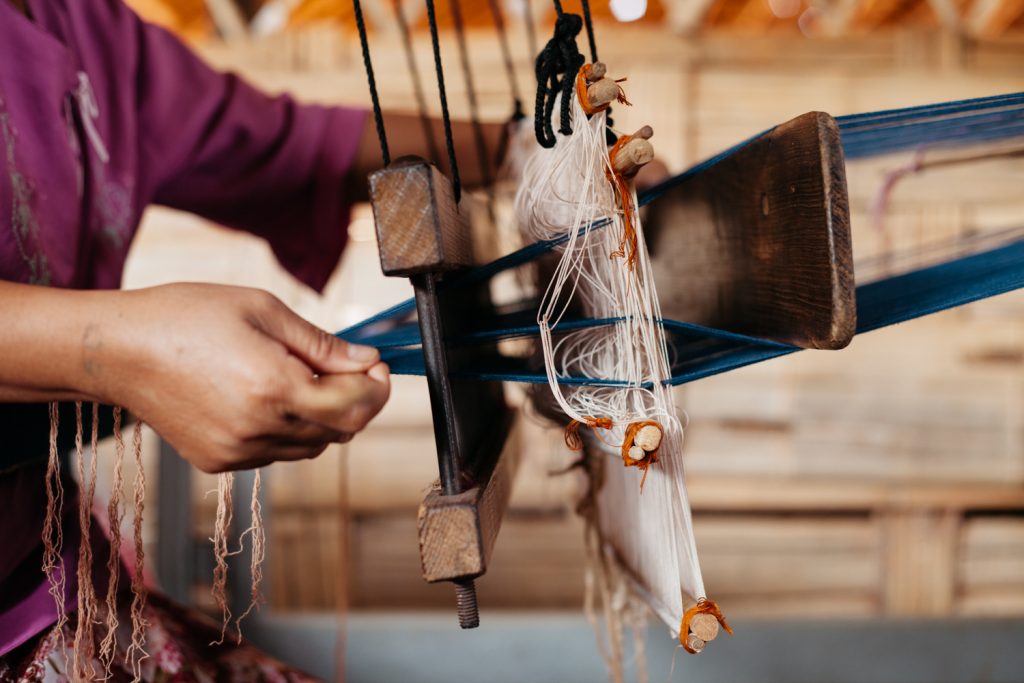 Nestled in the western hills of Thailand are the villages of Mae Sot. Mae Sot shares a border with Myanmar, and relics of its foreign neighbor can be found throughout the city. From the food served at street side restaurants to the thanaka embellishing the faces of many men, women, and children, it is clear that the city is greatly influenced by Myanmar. Mae Sot’s population is diverse, with Myanmarese, Karen, Thai people, and more found scattered throughout the city. It is also here that locals can be found spinning and dyeing cotton in a variety of natural colors with the help of an artisanal looms in the villages in Mae Sot.

Two women working in Mae Sot to support the livelihoods of the locals here are Sylvia Lin and Nor Nor, the founders of Chimmuwa. The organization came to be in 2004 with the hardworking duo rounding up and collecting villagers’ products to sell. It was a difficult endeavor, but preserving traditional Karen weaving culture and the passion they have for supporting the villages here kept the two going.

“We started as a small business, from buying fabric from the refugee camp or Thai-Karen villages, and then we would sell in a small corner of the TOPS (Taipei Overseas Peace Service) office,” Lin said. “That’s how we started.” 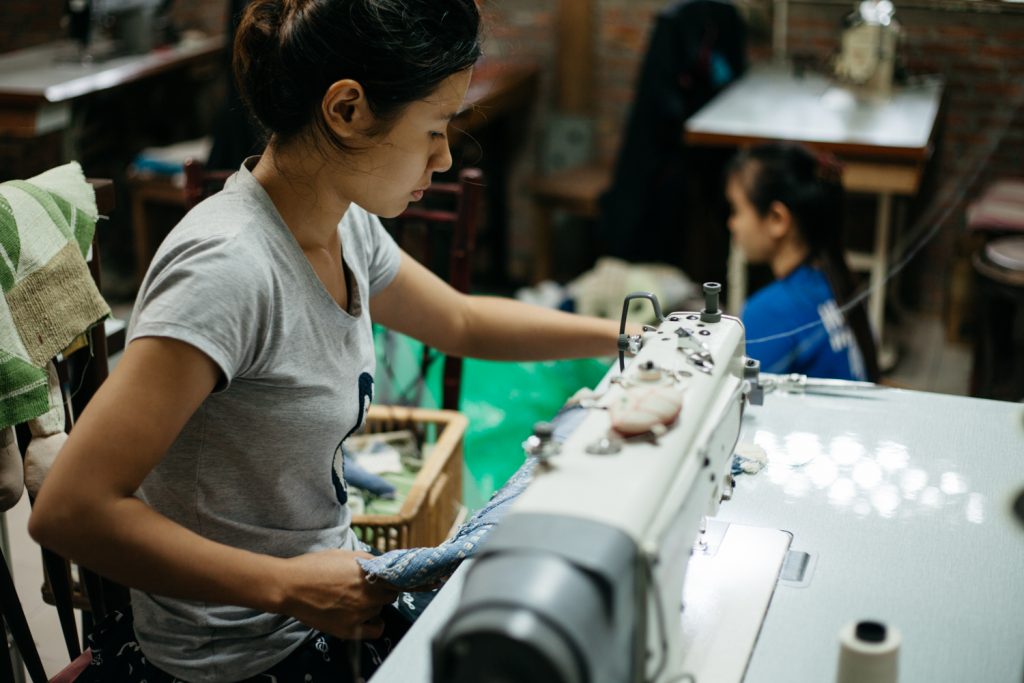 In addition to selling the villages’ naturally dyed fabric yarn and organic cotton yarn products embellished with natural dye, Chimmuwa began to do even more community outreach with their training of trainer program, otherwise known as TOT. Partnering with Good Morning School, young girls in the program are given vocational training to learn how to take up the traditional trade and contribute to the community of Mae Sot, as well. Good Morning School is a Migrant Learning Center that teaches some 300 children who have been displaced and may not receive education otherwise. 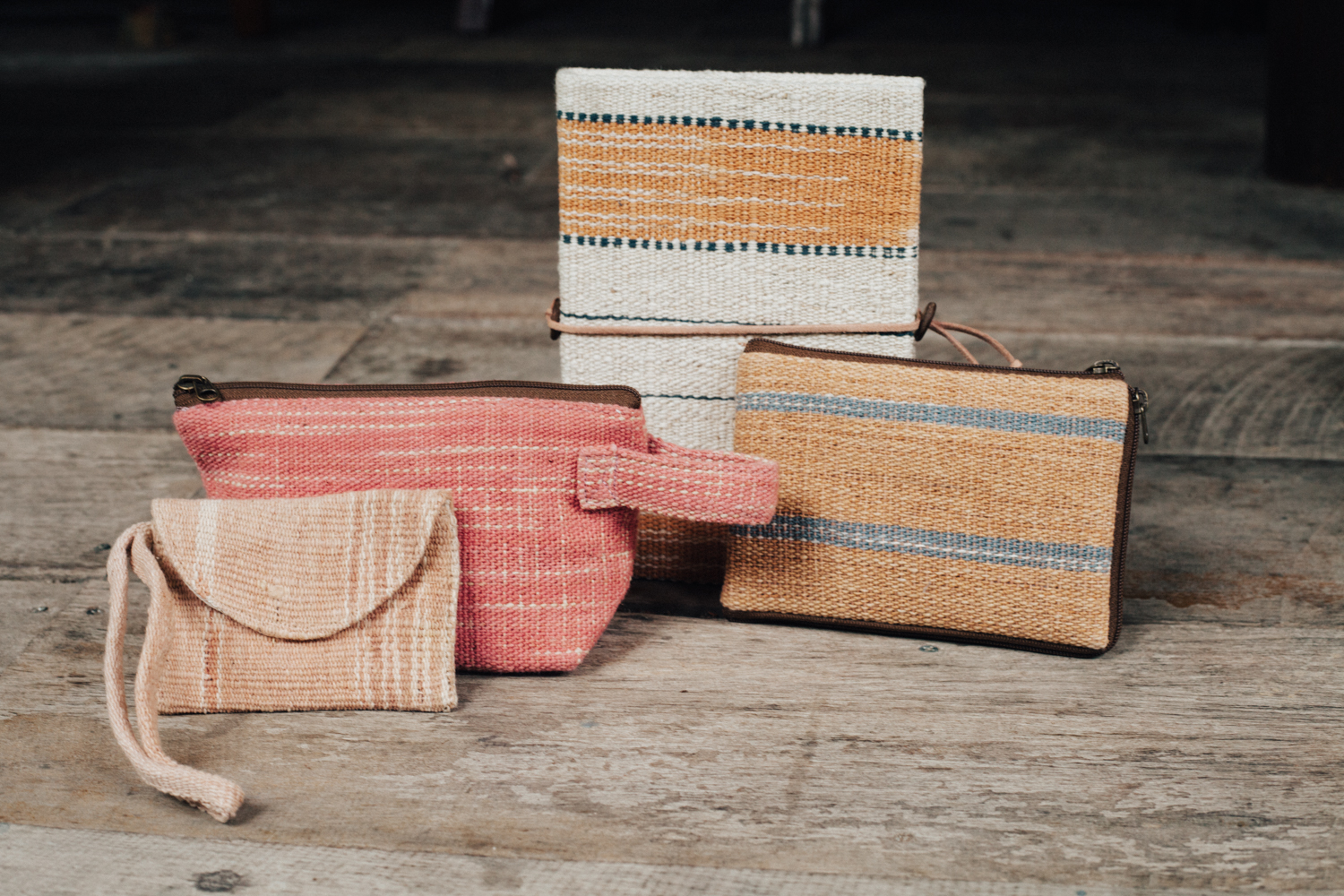 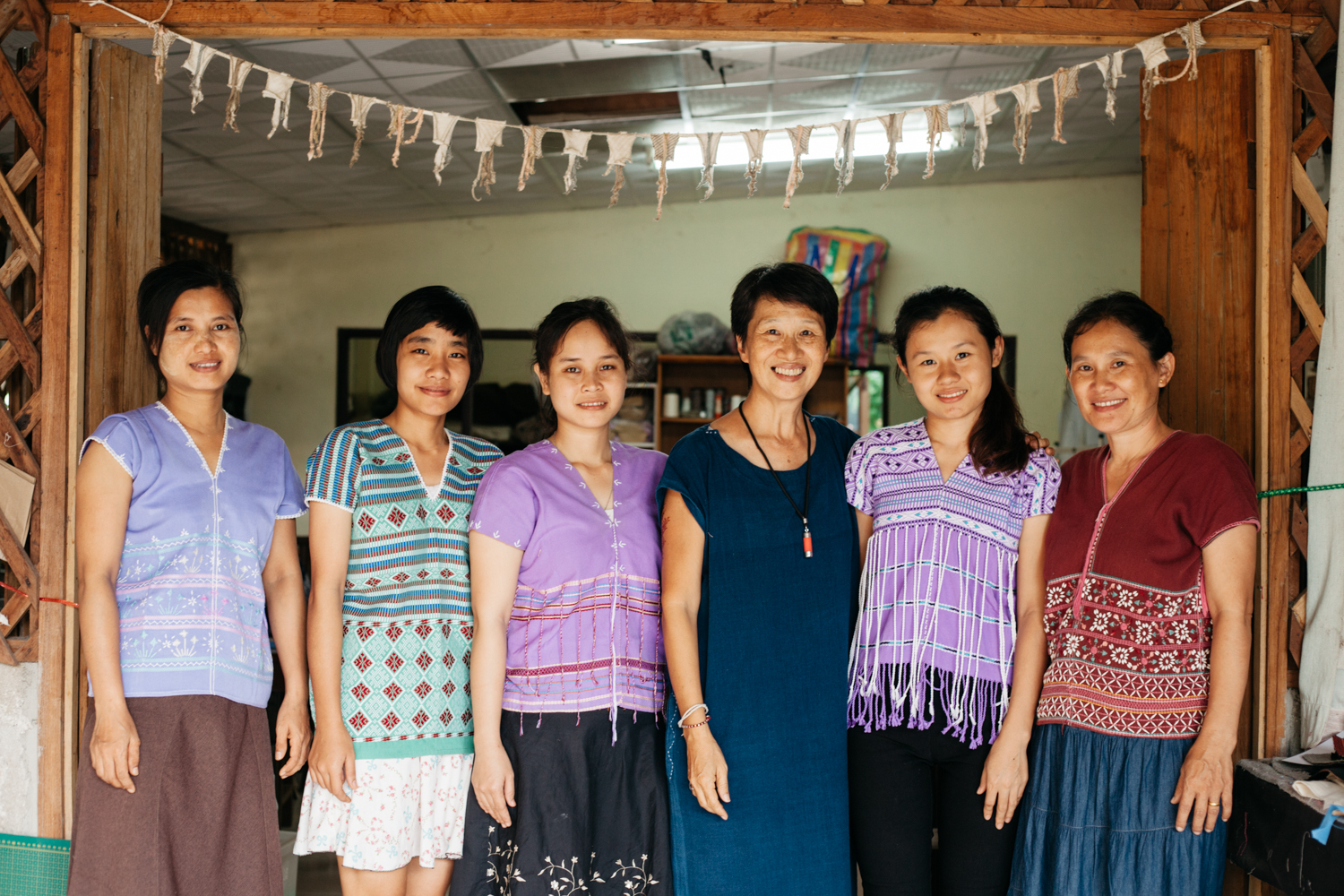 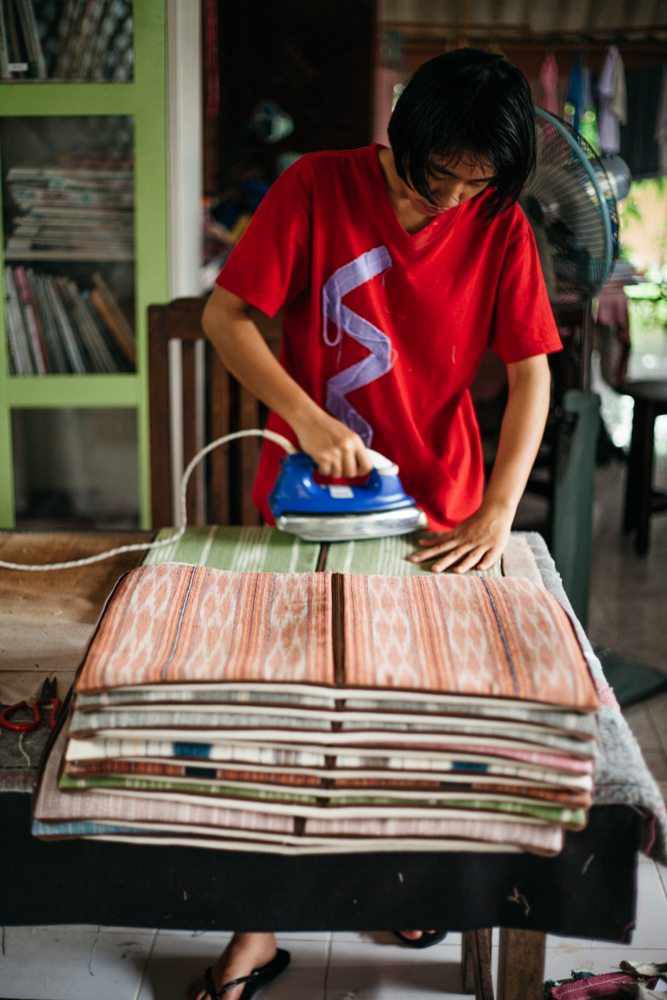 Puzzlebox Art Studio is another group working to keep this ancient yet stunning tradition alive in Mae Sot. The art-based social enterprise is based in the city, working with young Myanmarese, Thais, and others to hone their handicraft skills in order to produce beautiful pieces of artwork. 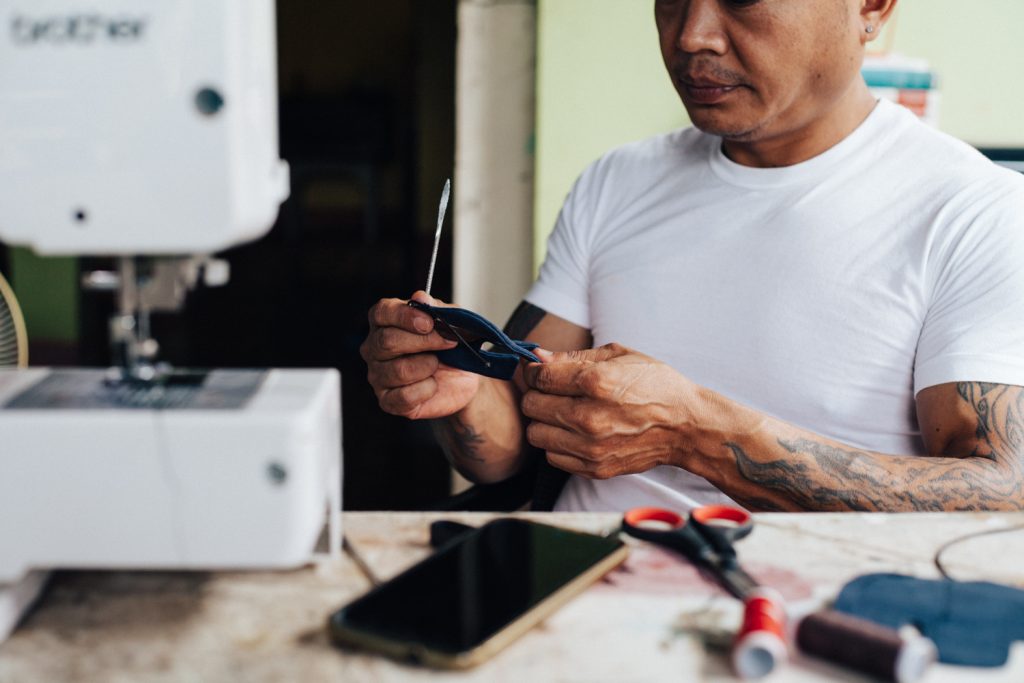 The organization began in 2011, and the apprentices they first started with are now single-handedly running the studio and helping other young locals to follow in their footsteps. Puzzlebox Art Studio promotes confidence and critical thinking skills in all their participants, thus giving them the confidence to make these same handicrafts outside of their studio. They specialize in handmade ceramic and batik products. 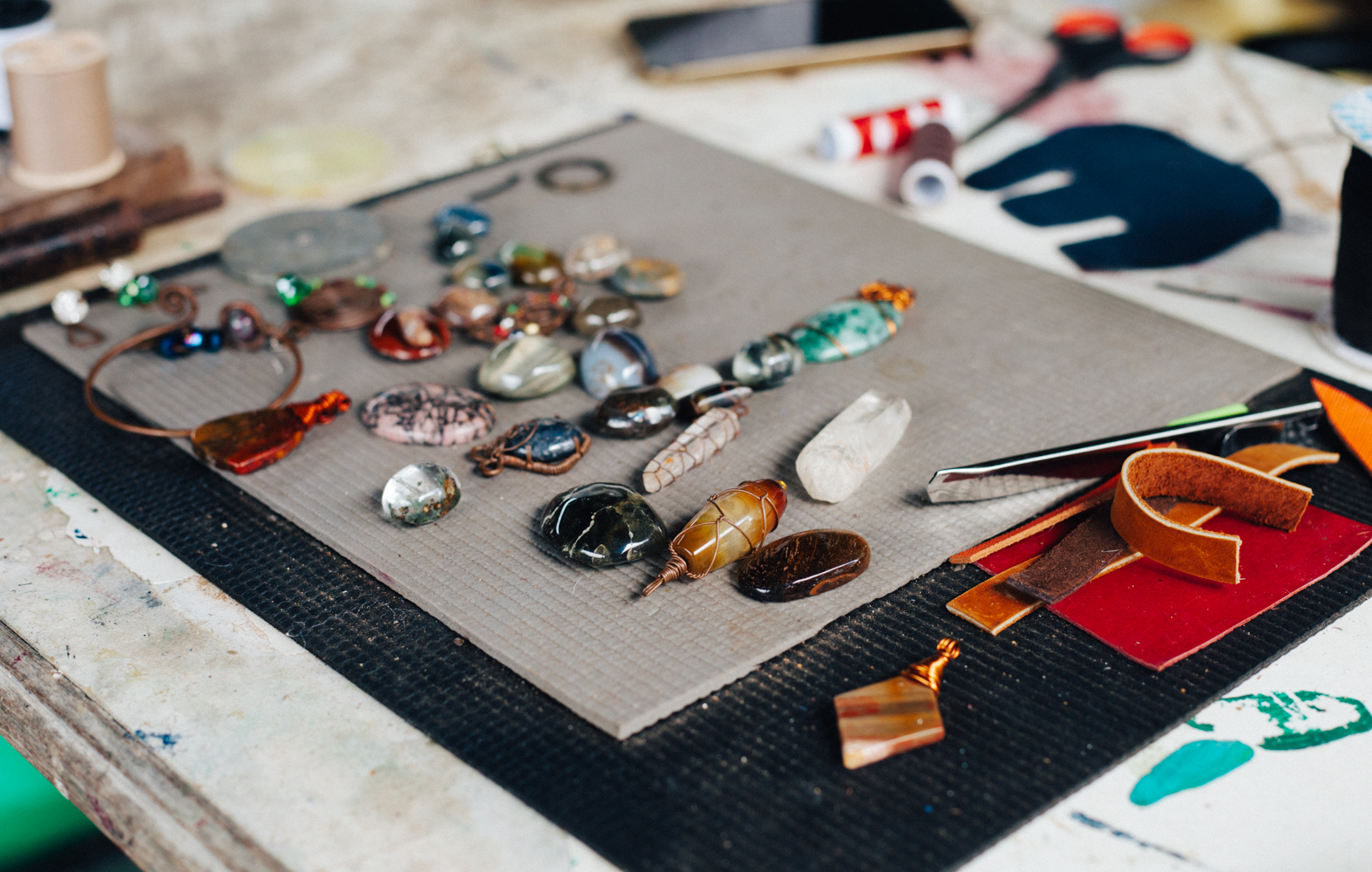 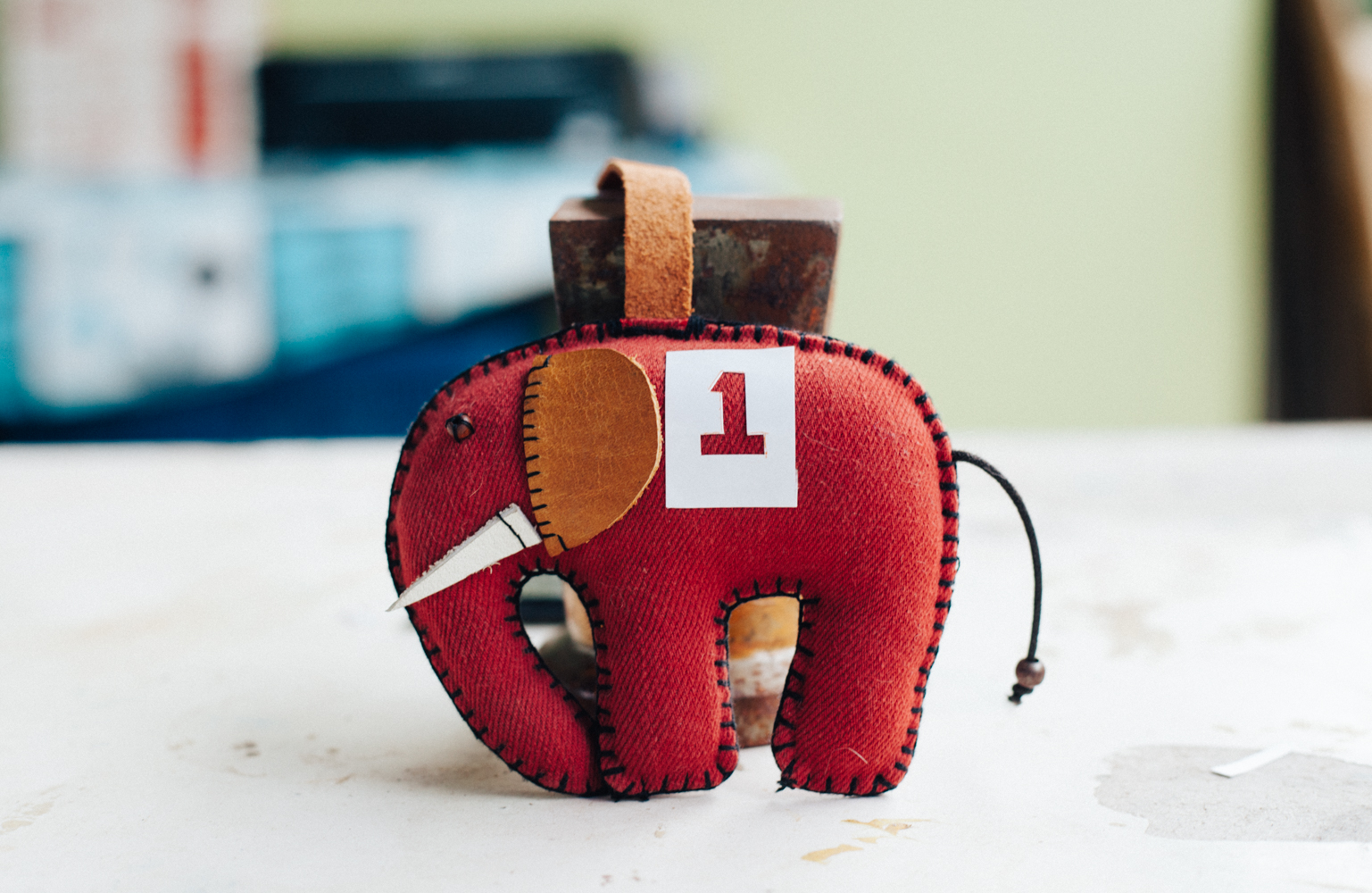 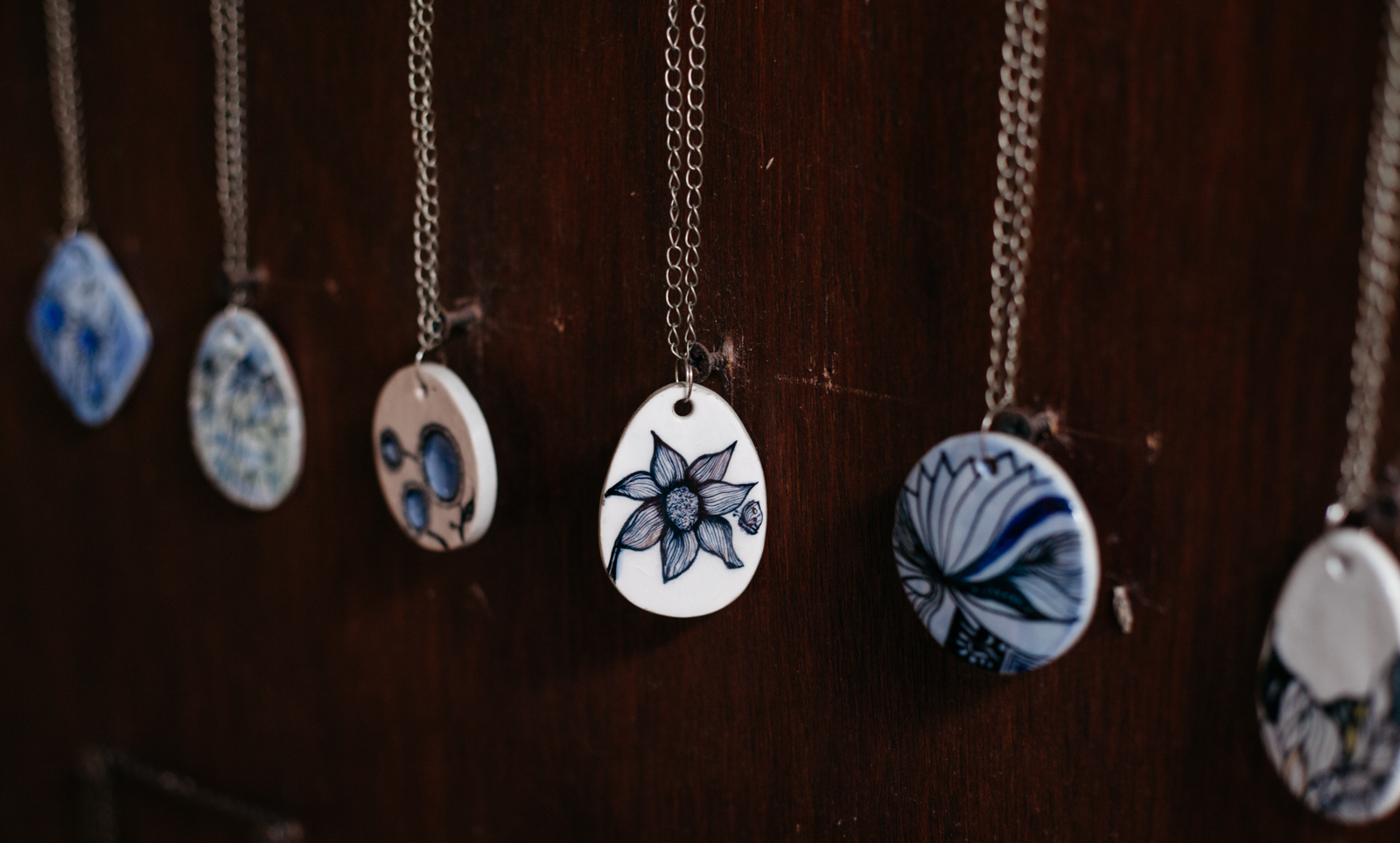 Located about 500 kilometers north of the Mae Sot District is the Wiang Haeng district, which also sits on the border of Myanmar and Thailand. Ying Yun Wan, or YYW, is made up of Shan refugees from a camp located in Piang Luang. The weavers came together in 2010, during which time there were only about six or seven people in total creating their handicrafts. Over time, this group grew, and a Canadian man took notice and donated a plethora of weaving materials to help the artists create more traditional and wonderful work. 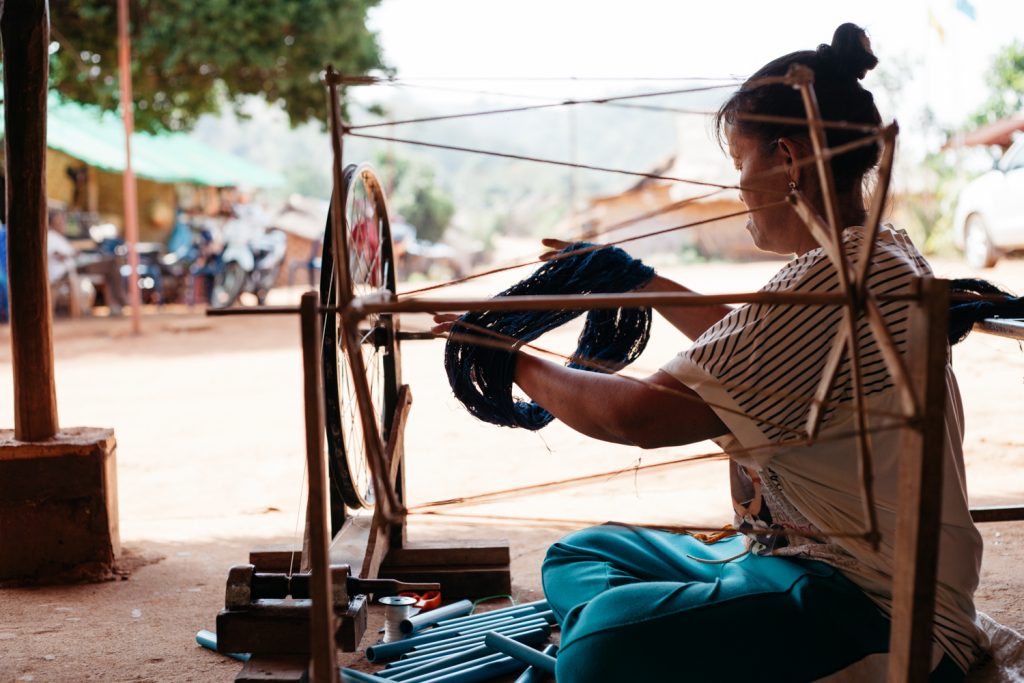 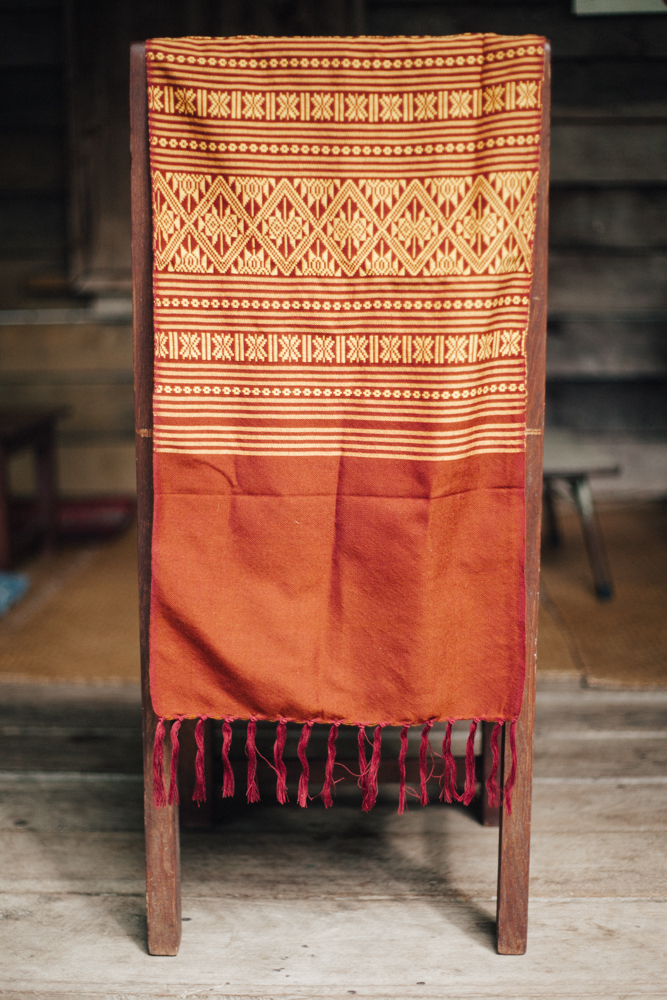 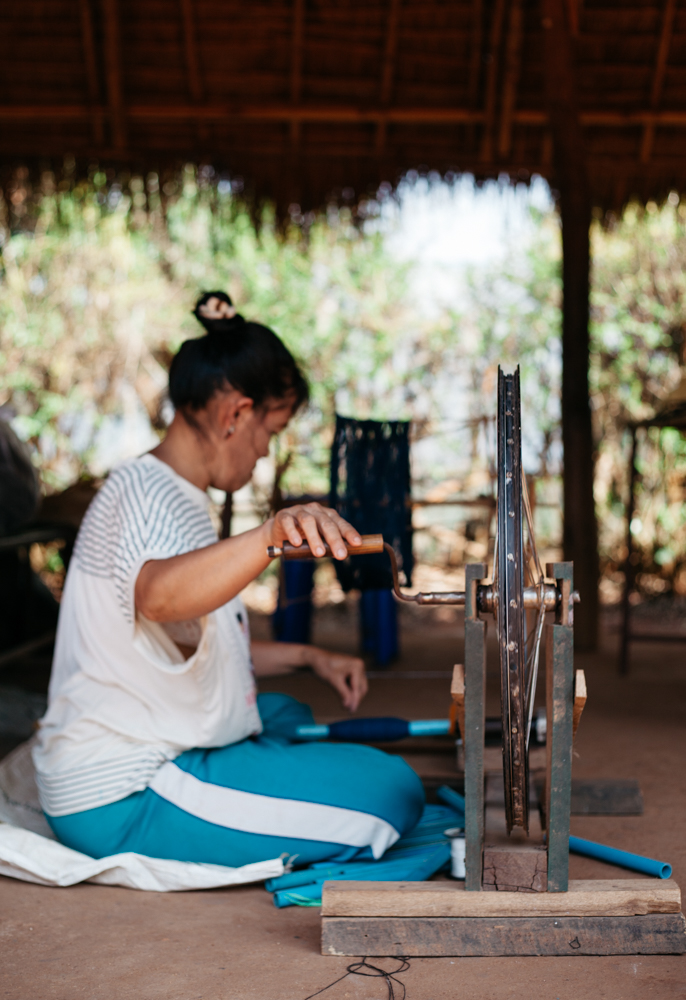 Those travelers to Thailand who want to see these artists’ work up close and personal are able to do so by making the journey up to Mae Sot and visiting the Borderline Shop, where most of their products are sold. Borderline Shop is so much more than a place to purchase these handicrafts though, as it also a tea garden, art gallery, cafe, and even runs cookery classes. Mae Sot is equipped with an airport with flights arriving from major cities including Chiang Mai and Bangkok. Visitors can also get here by bus or minivan from Sukhothai, Phitsanulok, Chiang Mai, and Bangkok. 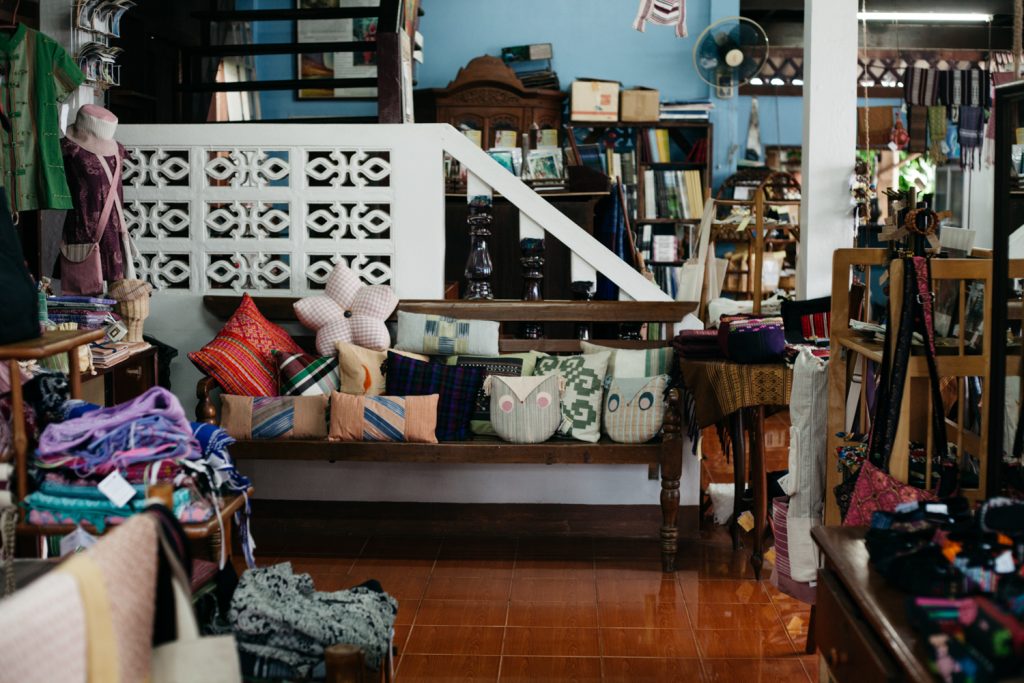