How to Travel from Bangkok to Chiang Mai 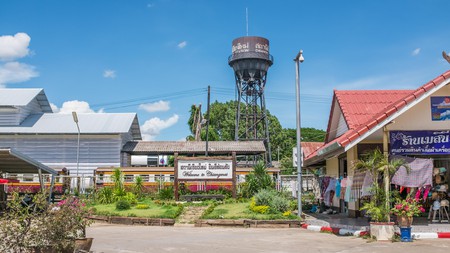 Hoping to visit the frenetic Thai capital of Bangkok and Chiang Mai on your trip to Thailand? The cities may be some 680km (422mi) apart, but travelling between the two isn’t as difficult as you think. Here’s how to get from Bangkok to Chiang Mai.

Why you should visit Chiang Mai

Often referred to as the northern capital and Thailand’s second city, Chiang Mai is the largest city in northern Thailand and the one-time capital of the ancient Lanna Kingdom. There are more than 500 temples to visit, outdoor adventures galore, and a laid-back way of life. The beautiful jungle of Chiang Mai is also a major draw, providing respite from the city life in Bangkok. 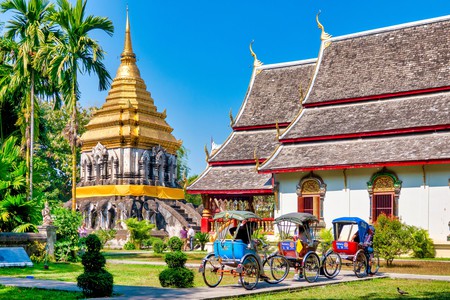 Northern Thailand has slightly different seasons to central Thailand. For example, the rainy season has already started in Bangkok in June, whereas Chiang Mai doesn’t typically start seeing rain until July. The average temperatures are lower in Chiang Mai than in Bangkok; this is especially noticeable during the cool season when you will probably want a lightweight jacket or jumper. Night in the cool season in Chiang Mai can be particularly chilly, which can be a shock for people arriving from warmer Bangkok. Farmers in Chiang Mai burn the fields between late February and early April each year, which causes thick smog to hang in the air. It can irritate allergies and cause respiratory problems. 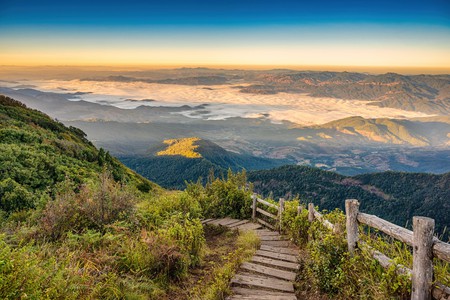 Save time and fly

Flying from Bangkok to Chiang Mai is the quickest way of getting between the two. Domestic flights depart from both Suvarnabhumi Airport (BKK) and Don Mueang International Airport (DMK) in Bangkok, landing at Chiang Mai International Airport (CNX). If you want to keep it cheap, low-cost carriers, including Thai AirAsia, Nok Air and Thai Lion Air, fly from Don Mueang. You can also find great deals with Thai Smile, Bangkok Airways, Thai Airways and Thai Vietjet Air, which all fly from Suvarnabhumi Airport.

Compare fares and terms, as it can sometimes be worth paying a bit more if your ticket includes a checked baggage allowance. Flying can often cost the same as taking the train, especially if you book in advance. Budget flights start from around 1,000 Thai baht (£22.24). The flight takes around one hour and 15 minutes and there are more than 50 flights every day. 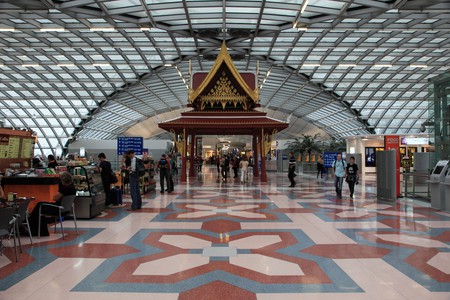 Several trains run between Hua Lamphong Station in Bangkok and Chiang Mai Station every day. The journey usually takes between 12 and 15 hours. Delays are fairly common. Third-class tickets are the cheapest, though the wooden benches can quickly become uncomfortable and the carriages can be stuffy and crowded. Seats aren’t allocated either. Second-class seats (that can recline) are the next cheapest option. These typically cost around 500 Thai (£11.12) in a carriage with fans; air-conditioned carriages are a little more expensive.

Night services are ideal for making the long journey more bearable, especially if you book a bunk in a sleeper carriage. Second-class bunks (in a fan carriage) cost around 1,000 baht (£22.24), and bunks in air-conditioned carriages cost a little more. The lower bunks are slightly more expensive in each carriage, as they provide more space. You could also opt for a bed in a first-class room. Rooms sleep four and are lockable.

Some services have carriages solely for females and young children. Some trains are wheelchair accessible. Check details in advance, as not all services have each carriage type and all seating or sleeping options.

You can buy train tickets from all major train stations, through agents and online. Booking at least a day in advance of travel (several days if your trip falls over a major Thai holiday) is highly recommended to ensure you get the tickets you want. 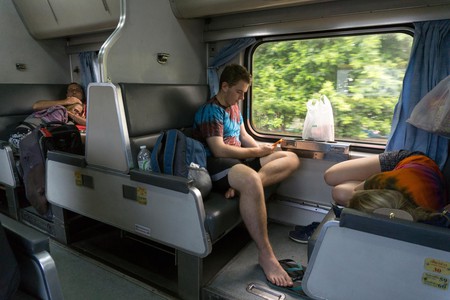 Buses between Bangkok and Chiang Mai take around 12 hours and there are several services, both during the day and night. Most buses to Chiang Mai leave from Mo Chit Bus Station (also known as the Northern Bus Station) and arrive at the Arcade Bus Station.

VIP buses vary in price depending on the operator, but are usually cheaper than 900 baht (£20.02). You can typically expect reclining seats, a toilet, a small pillow and blanket (for night journeys), and a light snack and bottled water.

On all bus services, don’t pack valuables, cash or important documents in luggage that will go in the storage area. 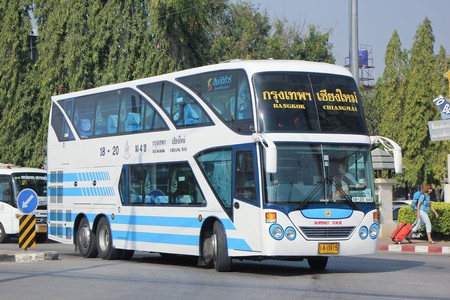