How To Spend 48 Hours In Bangkok 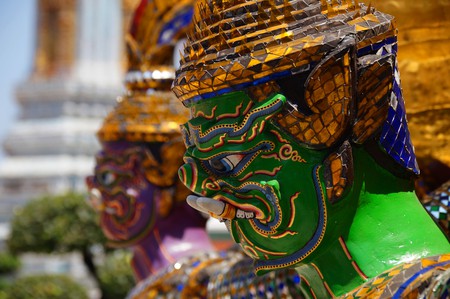 Do not let a dauntingly strict schedule keep you from exploring a city to its core and seeing all it has to offer. Here are our tips on the best way to see the most of Bangkok in just 48 hours.

Day 1 Morning: Take On The Canals

Exploring Bangkok by boat is both cheap and exhilarating. The Chao Phraya River is certainly the artery of the city, and it is made up of a total of four different tributaries. Those who do explore the City of Angels on the river will see an interesting combination of towering luxury hotels intertwined with historic temples and tin-roofed shacks where many people live. The Chao Phraya River, otherwise known as the River of Kings, is also a main source of income for many people in Central Thailand. There are four different express boats and a tourist boat. The Chao Phraya River Express Boat travels all the way up the river into Nonthaburi, an extremely populated province north of the city. 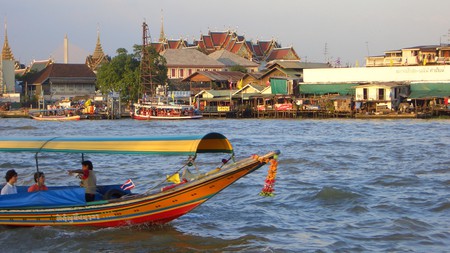 Luckily for visitors, many of the most well-known and stunning of temples are all located close to one another. Another added bonus to exploring the city by the Chao Phraya River is that many of these temples are accessible by the express and tourist boat. The must-see temples that are all found in the Old City along the river are Wat Pho, or the Temple of the Reclining Buddha, Wat Phra Kaew, or Temple of the Emerald Buddha, and finally, Wat Arun, or Temple of the Dawn. The Temple of the Emerald Buddha is within the grounds of the Grand Palace, so visitors can take in both at the same time. There are plenty of temples within the city that are less well-known and just as noteworthy. Wat Saket provides visitors with a great view of the city from the top of the large, rising golden mount inside the temple grounds. This is why this temple is also known as the Temple of the Golden Mount. Other beautiful temples in the city include Wat Suthat, Wat Ratchanatdaram, and Wat Traimit. 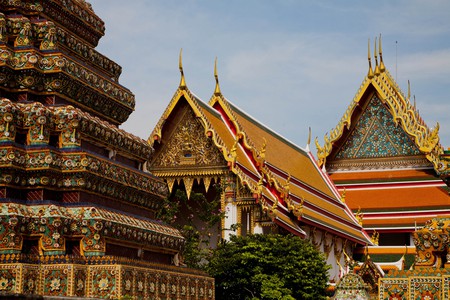 From bird’s nest soup to shark fin specialties, some of the strangest and most delicious eats can be found along the vibrant Yaowarat Road in Chinatown, one of the oldest districts in the city. The street can be tackled on foot, and visitors will find themselves getting lost in the masses of meals to choose from. From 5-star dining to sketchy streetside eats, Yaowarat Road is sure to please all appetites that meander down this stretch of road. In addition to proper meals, Yaowarat Road is loaded with dessert vendors just waiting to appease the sweetest of sweet tooths, with everything from chocolate cream-filled buns to banana and Nutella rotees. Another added bonus; very few tourists are found on Yaowarat Road, yet it remains one of the most interesting and lively areas of the city. 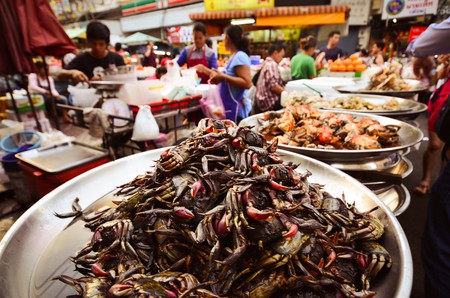 Day 2 Morning: Stroll Through A Park

Whether visitors want to catch a glimpse bathing monitor lizards or want to get their sweat on at an outdoor, makeshift gym, there are plenty of parks in the City of Angels. Green spaces are normally hard to come by in big cities, but Bangkok has made space somewhere in between the skyscrapers and luxury hotels for more than a handful of parks. From the well-known Lumpini Park, full of those prehistoric-looking creatures, to Benjakiti Park with nothing but shiny new buildings acting as its backdrop, visitors of the city will find no shortage of green sanctuaries to start the day off with a morning stroll. 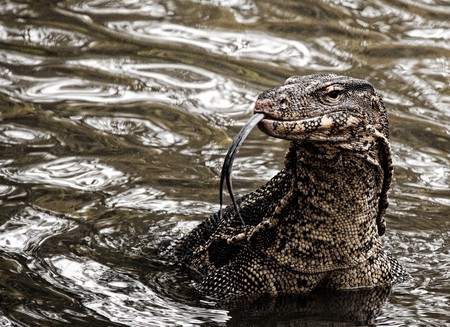 Afternoon: Meander Through A Market

Tourists lucky enough to visit Bangkok on a Friday, Saturday, or Sunday will have the privilege of seeing one of the most noteworthy finds in the city; a weekend market. One of the most famous and notorious of them all is Chatuchak Weekend Market in Eastern Bangkok, equipped with lots of stalls, full of everything from antiques to clothing. Those looking for something a bit more upscale might instead opt for Asiatique located right along the banks of the Chao Phraya River. Visitors of this market will see its lighted ferris wheel long before arriving. It is outfitted with thousands of boutiques and delicious restaurants, serving everything from Western to authentic Thai cuisine. Other interesting markets in Bangkok include JJ Green Night Market, Pak Khlong (Flower Market), Rod Fai Train Market (of which there are two), and Liab Duan Night Market. 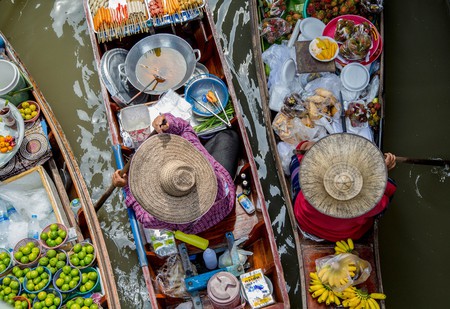 Evening: Have A Cocktail At A Rooftop Bar

There is no better view than that from a rooftop bar towering over the City of Angels. From those bars that line the Chao Phraya River to those equipped with a stunning view of the new and soaring MahaNakhon, also known as the Pixel Tower, anyone who visits one of these tall establishments will agree that ending a 48-hour stint in Bangkok at a rooftop bar is the way to do it. Some of the best rooftop restaurants and bars in town include Above Eleven, Cloud 47, Octave Rooftop Bar & Lounge, and Park Society. 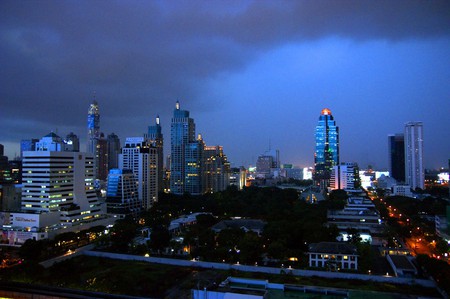