How to Escape Tourist Crowds in Phuket, Thailand 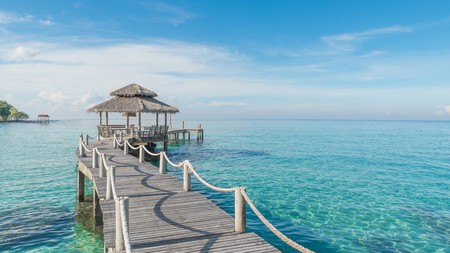 Phuket is a popular tourist destination, but with the right tips, you can find an isolated spot or two | © Prasit Rodphan / Alamy Stock Photo

Phuket is the largest island in Thailand, and as a result, millions of travellers flock to its shores every year. As a result, it can be hard to immerse yourself in Thai culture or enjoy the landscapes as much as you would if it weren’t so busy. However, hope is not lost. Here are a few ways to escape the tourist crowds in Phuket – thank us later.

Phuket is a popular tourist destination all year round, yet some times of the year are considerably busier than others. When the weather starts to get colder in the northern hemisphere from November to March, many make the decision to ditch snow and sniffles for the sun, sea and sand of Phuket. This makes these months the busiest in the year – and also the most expensive time to visit.

With that in mind, visit from May to October to avoid the tourist crowds. This is low season, and while the temperature is lower than in high season, it’s still hot with an average temperature of 30C (86F). There’s a risk of rain interfering with your travel plans, but it will still be bright and sunny most of the time. The threat of a shower is a price many would pay to enjoy the gorgeous beaches of Phuket with far fewer tourists on them – or to take advantage of the low season prices the hotels and restaurants advertise. 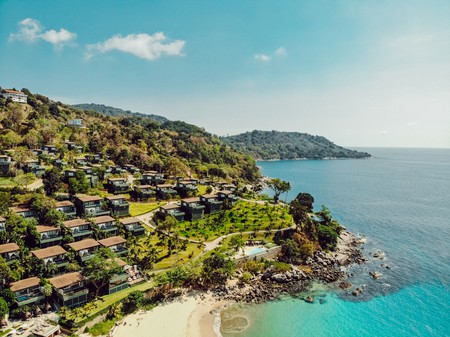 To share Kata Noi Beach with fewer tourists, visit during the low season between May and October | © Miltiadis Fragkidis / Unsplash

Go on a small-group tour

With Culture Trip, you can explore Southern Thailand with a small group of like-minded, culturally curious travellers who want an authentic experience away from the most well-trodden areas. Ao Yon Bay, in a peaceful corner in southern Phuket, is just one of the many off-the-beaten-track destinations featured on our trip, offering two unspoilt sandy beaches – separated by a rocky headland – which tend to be significantly less crowded than other beaches on the island.

Phuket is also a practical starting base to visit several other magnificent, quieter parts of Southern Thailand, such as Khao Sok Lake – a wide body of emerald-green water, surrounded by dense rainforest and dramatic limestone formations in a national park – around a three-hour drive north of Phuket. 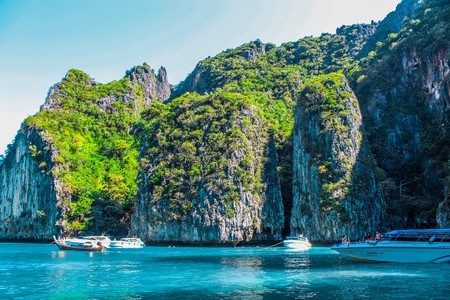 Get up early to beat the crowds

Throughout Thailand, waking early is your best chance of seeing something without a throng of people ruining your photo – and this is certainly applicable to Phuket. Famous tourist hotspots such as the Big Buddha statue get pretty crowded as the day progresses, so wake early to take in the majesty of the statue with a degree of solitude.

Rising early also has the advantage of beating the heat when you’re walking to the top – and with fewer people to see you panting up the steps. This advice is also applicable to people who want to visit beaches or islands during their time in Phuket. Chartering a boat in the early morning can ensure you get some peace during your time in paradise, and once the crowds start to flock to your location, you can simply move on. 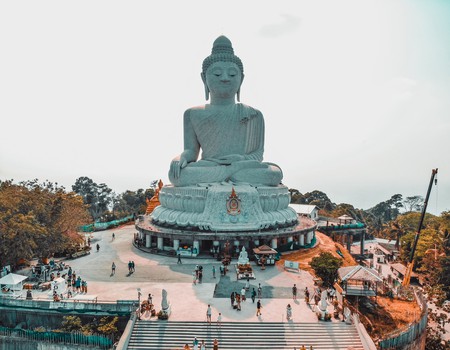 Know (and avoid) the tourist-trap beaches

Patong is a popular area in which to stay when visiting Phuket, and Patong Beach is the most popular beach. However, that’s purely down to convenience, rather than beauty. It can be hard to find a decent spot to rest here, and even harder to enjoy your time with the constant blaring of music and water sports. You’ll be relieved to know there are far more beautiful (and quieter) beaches nearby.

Arguably the most beautiful and most peaceful beach in Phuket is Freedom Beach. Though not too far from Patong Beach, the difficulty in accessing it on foot and steep longtail boat price for a 10-minute journey mean few make the effort to visit – those who do, certainly don’t regret it. It’s a beautiful bay of white sand and turquoise water, set against a backdrop of lush green forest. 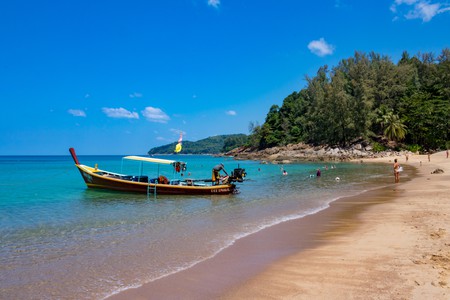 There are many places to lay down a towel in Phuket, so pick one of the least crowded options | © Adrian Baker / Alamy Stock Photo

With plenty of dive shops, Phuket is a great place to get certified – and to get far away from the crowds. Nothing says peace like entering another kingdom several feet below the surface, all while marvelling at a world unlike your own. With sharks, coral and turtles to see – and not a screaming child in sight – there are plenty of great dive spots in and around Phuket just waiting to be explored. 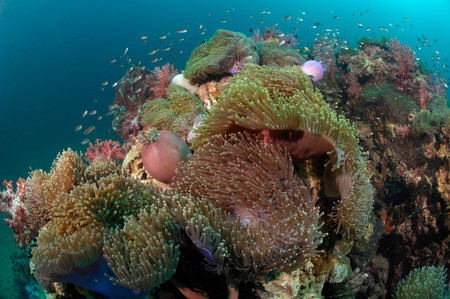