How To Cook Traditional Pad Thai

Pad Thai has long been a crowd-pleaser both locally and internationally and is the quintessential Thai dish that first springs to mind when one thinks about Thai cuisine. Interested in learning more? Read on to find out how to cook Pad Thai like a local.

A Little Bit of History

Pad Thai is likely the most iconic Thai dish. The delicious fried noodle meal is a common type of street food and is served at local restaurants across the country. It’s a beautiful harmony of salty, sweet, sour and spicy, the four distinct flavour profiles of Thai cuisine. The dish originates from humble beginnings and is believed to have come about during the Ayutthaya Kingdom. Later, during the Second World War, Thailand suffered a rice shortage, and people subsequently ate more noodles; this trend coincided with Prime Minister Plaek Phibunsongkhram’s time who was integral in helping establish Thailand’s identity. Henceforth, Pad Thai has held a firm seat as one of Thailand’s national dishes. 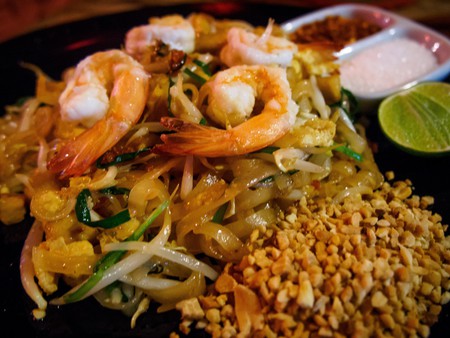 Once all the ingredients have been tossed together and cooked, depending on the version (and there are plenty), the Pad Thai is ‘gift wrapped’ in a delicate egg casing. This variant of Pad Thai is called Pad Thai Haw Kai Goong Sot. The dish is usually served with a lime wedge and chopped roasted peanuts to garnish. Before eating, add condiments as desired.

Pad Thai can also be made with chicken or pork, and can be made vegetarian-friendly by simply replacing the fish sauce with soy sauce and leaving out the fresh and dried shrimp. 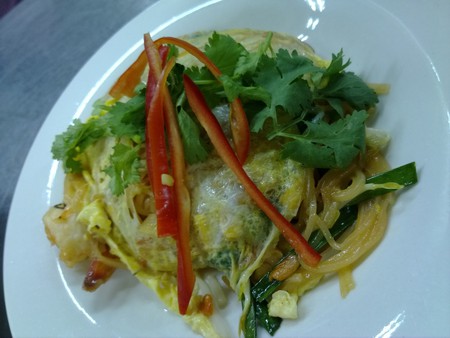 Where to Find Traditional Pad Thai

If you are in Bangkok, be sure to check out Thipsamai Pad Thai, one of the most famous Pad Thai establishments in the capital. Here, they use the traditional method of preparing Pad Thai using a charcoal burner, which gives the Pad Thai its unique flavour. Thipsamai Pad Thai opens daily at 5 pm and is a bustling flavourful dining experience not to be missed. 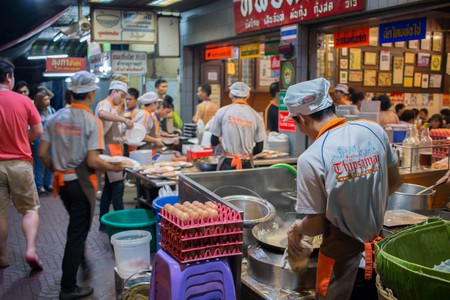