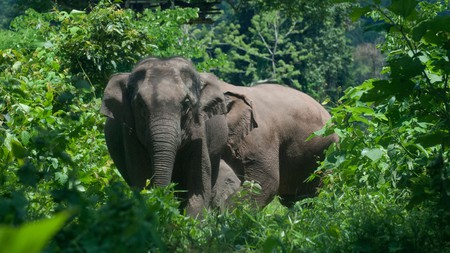 Elephants are major symbols in Thailand, found on everything from intricately designed temples to humble beer labels. There are an estimated 3,500 in the wild here and about the same number in captivity. But how did the elephant (chang in Thai) become Thailand’s national animal and symbol?

The strength, durability and longevity elephants have long been celebrated by the Thai people. But more specifically, the white elephant (actually more pink in colour) also signifies royalty in Thailand. That’s because, according to Buddhist tradition, on the eve of Buddha’s birth, his mother dreamt that she was given a lotus flower by a white elephant.

A depiction of the animal was used on the Siamese flag until the early 1900s, while white elephants were used for royal duties. 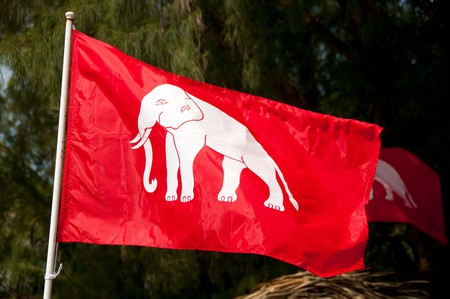 This is also where the term white elephant (something unwanted but hard to get rid of) comes from. It’s said kings gave white elephants to people they wanted to punish. As the animals were considered sacred, the recipient couldn’t put the elephants to work, give them away or harm them. Instead, they could only take care of the giant animal – an expensive endeavour.

The history of the elephant in Thailand

The Thai people’s connection to elephants stretches to the late 1500s, when they used the size and strength of the animal in their wars against the Burmese, Malay and the Khmer.

Elephants have also been put to work for generations, used in lieu of machinery, including hauling teak wood and logging the dense northern jungles. Elephants were trained until around 10 years old before working, and did not retire until they reached about 60.

The use of elephants in logging was banned in 1989 in Thailand, but the creatures were often instead thrust into the tourism world and forced to take tourists trekking through the jungle or perform in front of crowds. 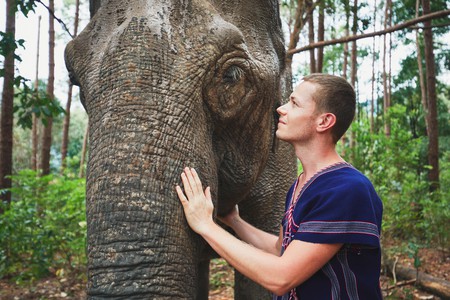 Because the elephant is the national symbol of Thailand, elephants are the main attraction at many festivals and events here. Thousands flock to the Surin Elephant Round-Up on the third weekend of November to watch hundreds of elephants play games and take part in ceremonies, while polo players come from around the world to ride elephants at the King’s Cup Elephant Polo Tournament in Bangkok. 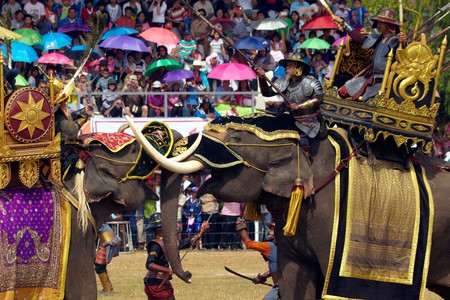 Elephants are found in pockets of jungle right across Thailand. Thungyai Naresuan Wildlife Sanctuary, found in the provinces of Uthai Thani, Tak and Kanchanaburi, has recently seen an increase of elephants in its western forest. The eastern forest of Dong Phayayen-Khao Yai has also seen a rise in numbers. Most elephants take refuge in national parks across Thailand as they lose their natural habitat through issues such as poaching and logging.

More than half of Thailand’s captive elephants are used for tourism or are put to work, and their living conditions are not always suitable. The high cost of maintaining an elephant has led many owners to neglect their animals, and overcrowding can also be a problem.

Many tourists flock to the Kingdom in hopes of seeing and riding these animals, but unknown to them, they are fuelling a cruel practice. In order to be ridden, elephants, including those that logged the jungles, must first go through a process known as phajaan (the crush), in which they are tortured into submission.

That said, there are also a number of more ethical sanctuaries in Thailand, such as the Elephant Nature Park in Chiang Mai, Boon Lott’s Elephant Sanctuary in Sukhothai, and Wildlife Friends Foundation Thailand in Tha Mai Ruak. 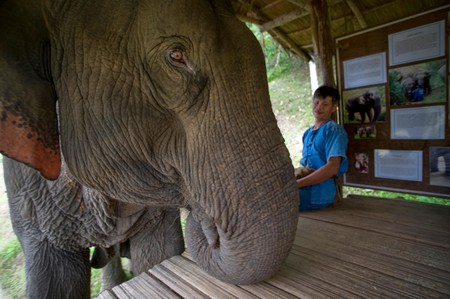