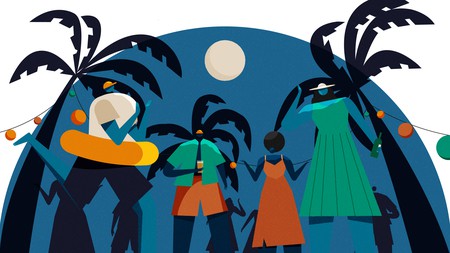 If you’ve ever travelled to Thailand, then you’ll no doubt have heard all about the famous Full Moon Party on Haad Rin beach, on the island on Koh Phangan. Each month, as many as 30,000 revellers descend on its paradisal shores to enjoy a night of dancing, drinking and unadulterated debauchery. However, that hasn’t always been the case. From being a small gathering of tourists to becoming a famous international destination, here’s the story of the Full Moon Party.

Like so many legendary things in life, it’s difficult to ascertain for certain the circumstances around its origins. Even the start date is a contentious issue, with some saying it started as early as 1983 and others swearing it wasn’t a thing until the early 90s. The mid-1980s seems to be a time that many agree it started, when a group of travellers left for the shores of the then-sleepy Koh Phangan by boat under the cover of moonlight. In those days, it wasn’t row upon row of bungalows and sound systems playing different styles of music; it was only happening at Paradise Bungalows, but before long the message was out there. 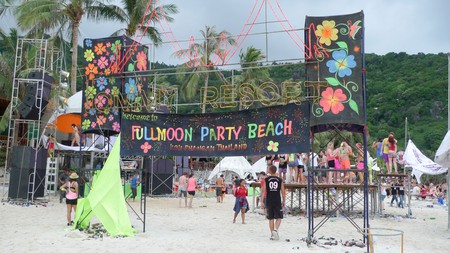 One account sees things a little differently. According to an expat who was living on Koh Samui at the time, it was the arrival of electricity to the island that sparked the move to Koh Phangan. Electricity was seen by some as too much commercialisation to their formerly humble idyll, and so they headed out to Koh Phangan to escape it. However it started, it didn’t remain a secret for long.

The Explosion of the Full Moon Party

In the 90s, long before social media was a thing and people actually talked to one another, word of mouth was a powerful tool. With the sheer number of tourists from all corners of the world coming to Thailand, everybody was keen to get a taste of this crazy party on the beach that they’d heard so much about, and it soon became a key attraction. Once the guidebooks had gotten a hold of it, it had grown a lot in size; rather than just one bungalow churning out the hits, there were a few, and before too long nearly every stretch of the Haad Rin coastline was full of bars, hostels, music or something relating to the Full Moon Party. Music styles were varied and eclectic; it’s typical to hear techno, drum and bass, house, dance, reggae and even blues being played in the past. If the punters wanted it, they got it. 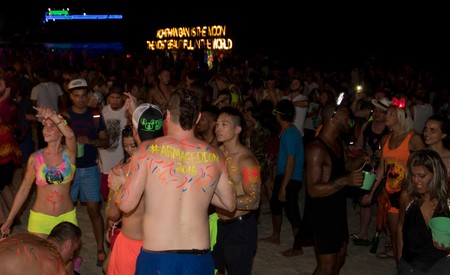 Though while all this was happening, not too much notice was given to what the residents of the island wanted. While some were obviously profiting from the explosion of tourism to the area, others weren’t so happy. From an idyllic haven from the wilder streets of Koh Samui, to an infamous party hotspot, it certainly ruffled feathers – as 30,000 people turning up on your doorstep would. Events that were made to capitalise on the success of the Full Moon Party, such as parties celebrating quarter, half and even black moons, were outlawed by the military government in 2014, with a police colonel remarking that “the sort of tourist that comes here to drink too much and take drugs are not the type that Thailand wants”.

Today, some 30 or so years after its inception, the Full Moon Party is stronger than ever. Despite numerous tragic events happening – people being shot, robbed and injured in tragic accidents such as firework malfunctions – it remains an international event, with people coming from far and wide to sample this famous knees up. Despite Half Moon parties being banned, there are other pretenders to the throne such as the Half Moon Festival, which occurs not on the beach itself but deeper into Koh Phangan’s lush rainforest. The island itself has certainly changed; it’s not quite on Koh Samui levels of development, but it’s got a number of plush hotels and fancy eateries for those who want to recover in luxury. 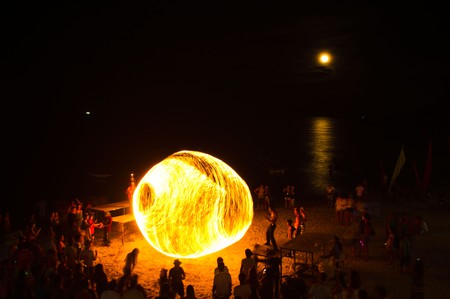