How Bangkok's Canals Have a Story to Tell 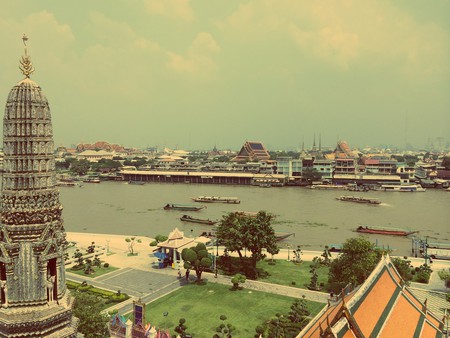 The dismal and dirty waterways in Bangkok have more to them than meets the eye. Regardless of their oftentimes littered appearance, these canals are a way of life for some, a form of entertainment for others, and have a deep and winding history. Here, the story of the canals in Bangkok.

The Chao Phraya River is formed by four major tributaries: the Ping, Yom, Wang, and Nan River. Known as the River of Kings, the Chao Phraya River is 230 miles in length, winding down from central Thailand to the South China Sea. The river helped the city of Ayutthaya become an international trading hub, and the country started to build relationships with the merchants from around the world who visited. The greatest amount of trade was with China but other merchants ventured to the Kingdom from as far afield as Spain, the Netherlands and France. 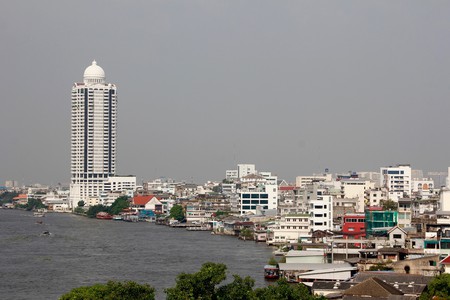 The journey from the sea to Ayutthaya took a few days to complete, so canals were created in the 16th century to help speed up the voyage for foreign merchants. One canal that was created was so substantial it actually changed the course of the river. The result of this was more canals, of which four were considered to be the main ones: Taling Chan, Bangkok Noi, Bangkok Yai, and Bang Ramat. These waterways continued to split until the city was teaming with these channels during the 19th century, many of which reached the far outskirts of the city. The capital was eventually dubbed the Venice of the East. 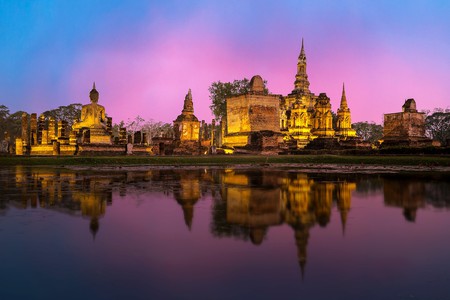 The canals were originally built as a means of protection. After the Burmese destroyed and burned the city of Ayutthaya to the ground in the 18th century, Thais made sure that their new capital had a better line of defense: the waterways. The river, canals, and moats were either utilized or made specifically to protect the city. Forts were also used as a line of defense, but as the threat of invasion gradually decreased, these were almost all demolished. Only two remain on the banks today: the Phra Sumen and the Mahakan Fort. 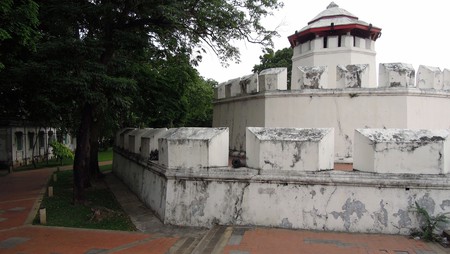 Rattanakosin Island is home to the Grand Palace and Wat Phra Kaew, two of the most popular tourist attractions in the city. A moat had been built under the reign of King Taksin; this is where the city of Bangkok was to be built. The area was home to a large Chinese community, though they were later moved to Sampheng when the construction of the Grand Palace began in 1782. King Rama I ordered the construction of a second moat to further expand the city. The two were connected by two small canals. Rattanakosin Island was protected in every direction by the water in some way. Though the palace was not finished until 1785, the king held a ceremonial river crossing ceremony to enter the palace for the first time in 1782. Only later did he have a complete coronation. 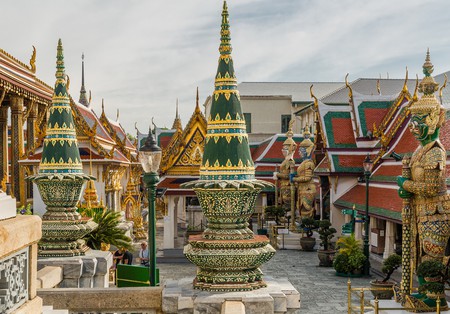 While the waterways made it possible for those living on the fringes of the capital to travel more easily, more infrastructure was needed to improve transportation in and around the city. The Rama VI Bridge was the first bridge ever to be built in Bangkok, and it was completed in 1927. The bridge connects Bang Phlat with Bang Sue. The Memorial Bridge, built in 1932, was the city’s second bridge. This connects the historic old capital of Thonburi with Phra Nakhon. 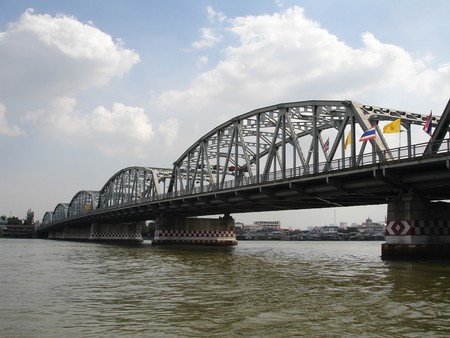 The canals became the major form of transportation in the 19th century. Though many of them remain in the capital today, most were filled in to make way for Bangkok’s ever-expanding urban landscape. The country was also heavily influenced by Westerners, and roads were becoming more frequently used. This happened in the late 19th and early 20th century, and the city imported construction materials for road building. The two main and historical canals that are still found in the city today are Khlong Saen Saeb and Khlong Phadung Krung Kasem. Thonburi, located on the west bank of the Chao Phraya River, is one area where waterways continue to be one of the best ways to explore the district. 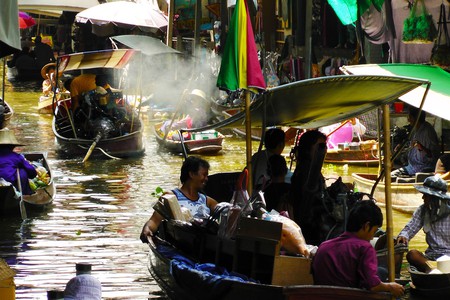 Getting Around on the Khlongs

The khlongs are certainly not easy to get around or navigate. The boats seem to go in every which direction and riders are left to confusingly shuffle along piers without being sure as to where it is they are going. While the boat transportation system is a bit chaotic, there are a few helpful things to know before climbing aboard. 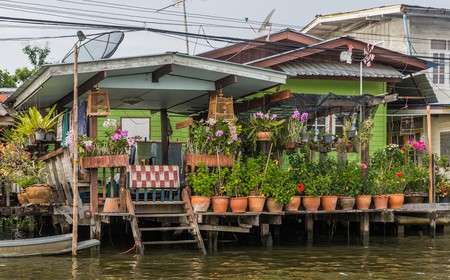 There are six different types of boats to choose from. The first and most popular boat among tourists is a long-tail boat, which is perfect for those visitors who only have a day or so in Bangkok and want to see the city via water. These normally cost a few hundred baht for a few hours. 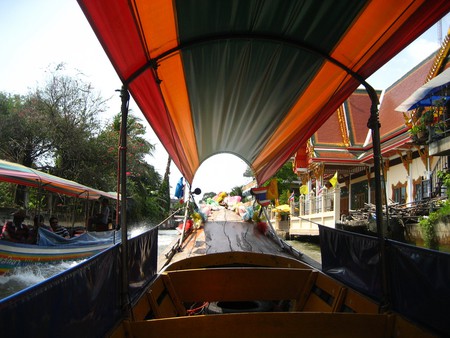 The second is the Chao Phraya River Express Boat, though there are several versions of this boat. The boat visitors will most likely remember are those with the orange flag, as this particular one stops at all of the top sites, including Wat Pho and Wat Arun. The boat with the blue flag is the tourist boat, and it will stop where and when visitors ask them to. 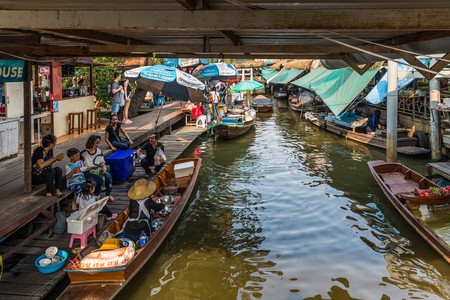 Those hoping to explore the river in style might instead opt for a river cruise with one of the many hotels and restaurants taking to the water in their luxurious boats. There are also hotel shuttle boats for those with an accommodation option that offers one, ferry boats that go back and forth between particular piers, and canal or khlong boats, with piers found in some of the most obscure places, for example, Thonglor.