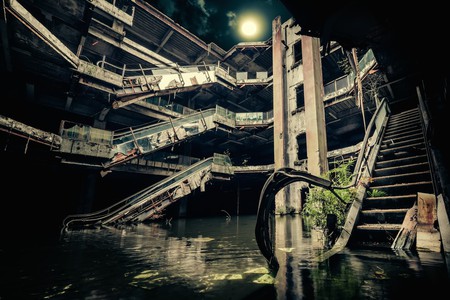 A number of factors, including the “Tom Yung Kung” financial crash in the late 1990s, saw a large number of buildings in Bangkok left abandoned, serving as tall, lumbering reminders of the perils of capitalism and the markets. Despite being off-limits to tourists, many still find ways to explore them for what’s one of the biggest adrenaline rushes in the city. Here are some of the best abandoned spots in Bangkok.

At 49 stories tall and with breathtaking views of the Chao Phraya river and of the city, the Sathron Unique Tower was supposed to house a number of luxury condominiums, but the collapse of the Thai Baht currency saw an end to its construction. Left abandoned, it quickly became a hang-out for the destitute, and was in the spotlight once more in 2014, after the body of a man who had committed suicide was found on the 43rd floor. This, combined with the facts that it was built on a graveyard and casts a shadow on a temple, has led many to claim that it’s haunted. 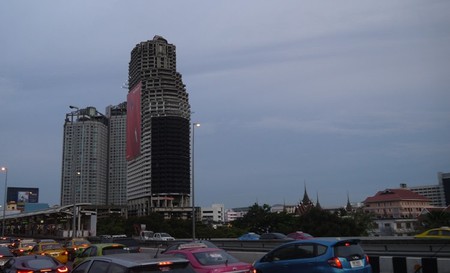 Despite being regarded as structurally secure, access to Sathorn Unique Tower is strictly off limits to visitors — though access isn’t impossible. Often patrolled by guards, it’s said that by paying a bribe, it’s possible to enter the building, and the homeless who live inside are also said to want their palms greasing for entry. Far be it from us to condone exploring one of the most unique tourist attractions and best views of the city, but those who do need to be aware of the potential dangers. It’s impossible to say who or what can be found within its walls, so care must be taken at all times when inside. Don’t forget water, as 49 stories in the Bangkok heat is bound to bring on a sweat, and more importantly — don’t forget a camera. 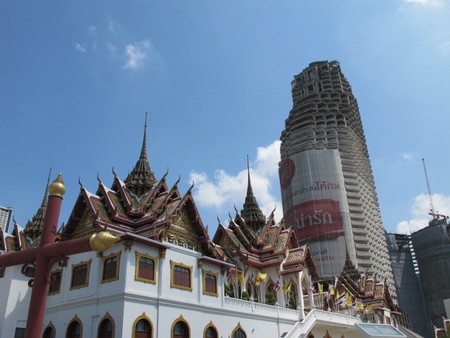 Another casualty of the Tom Yung Kung crash, ICE Tower is another tall building left abandoned, and occupying some prime real estate in the process. At 37 stories, it’s smaller than Sathorn Unique Tower, but still has the sweeping, picturesque views of the city from its higher levels that one would usually have to pay a small fortune to enjoy. Located in Din Daeng and designed as an office building, it features wide, empty rooms that are less spooky than those in the Ghost Tower but still feel a little…off.

Like the Ghost Tower, access isn’t advised and can be hit and miss. On some days, you’ll be able to enter unopposed, on others, it might cost a couple of notes. It can get dark, so bring a flashlight and, once again, entry is at your own risk. After negotiating escalators, stairs, maintenance rooms and a spiral staircase you’ll be at the top, where you can enjoy one of the finest views of the city.

Not all of Bangkok’s best abandoned buildings are skyscrapers. Bang Rak fire station, located by the Chao Phraya river, was built in 1890 to be a customs house, before being converted into a fire station. Today it’s closed, but that doesn’t stop both tourists and locals paying it a visit — not for the thrill of scaling it, or hunting for ghosts, but instead for its vintage aesthetic. Its neo-renaissance style and dilapidated nature makes it a top spot for would-be photographers and fashionistas to indulge in a photoshoot, both inside its walls and outside. 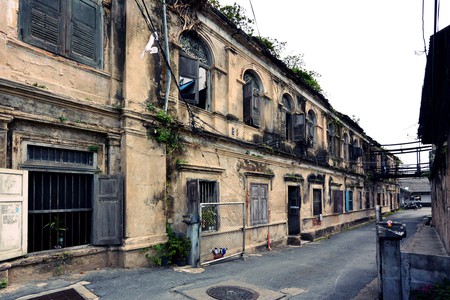 Graveyards can be eerie places; whether it’s a mist-shrouded one in your town, or the elephant one in The Lion King, there’s something about them that can knock a person truly off-kilter. The plane graveyard in Bangkok is no exception; after all, these things are meant to be strong and reassuringly sturdy, not broken apart in a field. Despite a plane being a vehicle and not strictly a building, there just so happens to be people living inside them which, if you think about it for too long, can really throw your perception of what a building is.

Entry can be gained by paying a few hundred baht to one of the occupiers of the planes, and it’s well worth it. Two 747s and two smaller planes make up the graveyard, and those that live here have added homely touches to make it a place worthy of living — a testament to the versatility and adaptability of the people of Bangkok. Nowhere is off limits here, including the cockpit, but be aware that you’ll be asked to leave after a while; after all, it is someone’s home your walking through. 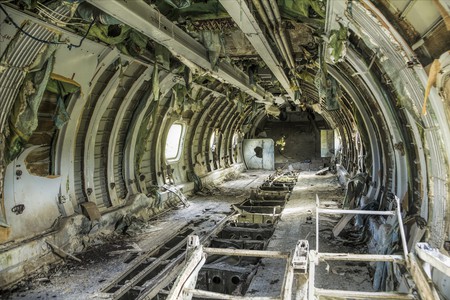 Abandoned planes can be unsettli
Give us feedback