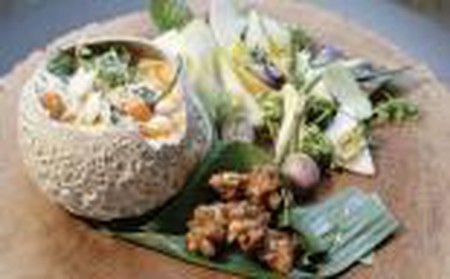 Thai chef Duongporn ‘Bo’ Songvisava is amongst the most celebrated and successful chefs in Asia; she has been awarded the inaugural Veuve Clicquot award for Best Female Chef in Asia for her ‘innovation, creativity and determination’ and her ‘passion and unfailing commitment’ to maintaining Thai food culture and heritage.

At the helm of one of Bangkok’s most exciting and innovative Thai restaurants Bo.lan, Duongporn ‘Bo’ Songvisava, along with her partner and husband Dylan Jones, has received critical acclaim for their progressive, ethical Thai cooking, and their restaurant Bo.lan has been named as one of San Pelligrino’s Asia 50 Best Restaurants.
Having grown up helping around the kitchen as a child, Songvisava dropped her liberal arts degree to study cooking, obtaining a degree in restaurant management in Australia before specialising in Thai food. While working at a Bangkok restaurant, she had a chance encounter with David Thompson, the renowned chef and founder of Nahm in London, which led to a two year stint working in Thompson’s Nahm kitchen. 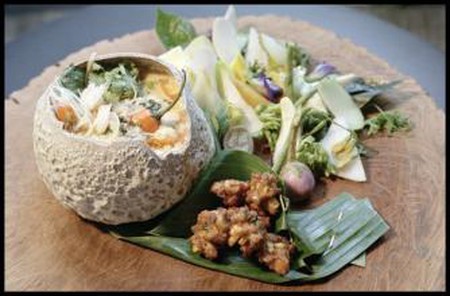 The training under Thompson at Nahm, which was the first Michelin-starred Thai restaurant in Europe, would prove to be a formative experience. Here, she not only learned new techniques and ways to create innovative Thai flavours, but also met Dylan Jones who would become her business partner and husband. In 2009, Songvisava and Jones left London’s eclectic food scene to test their gastronomic prowess in Songvisava’s native Bangkok.
In Bangkok, truly authentic Thai flavours were said to only be found at casual food stalls along the busy streets of the city; here, the spices were truly spicy, the flavours rich and deeply infused. The city’s restaurants however, catering for the tastes of tourists, generally served milder variations of traditional Thai cooking. To counter this, the aim of Songvisava and Jones was to establish a world class Thai restaurant in Bangkok based on the belief that the ‘best Thai restaurant should be found in Thailand’. 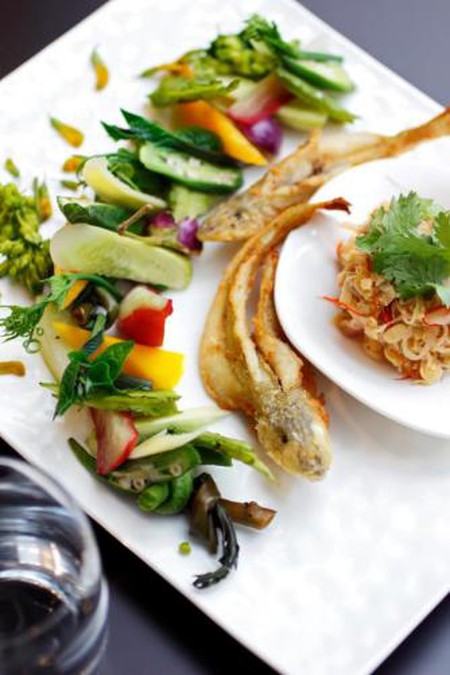 Since opening its doors in 2009, Bo.lan has served uncompromisingly Thai food that melds progressive culinary practises with the age-old rituals of traditional Thai cooking. With a meticulous attention to perfecting flavours, Bo.lan offers two menus to diners. ‘Bo.lan à la Carte’ is, according to the restaurant, a menu designed for the intrepid, ‘experienced food explorers’ who feel up to the task of selecting their own dishes and are able to ‘balance the whole meal themselves’. For those less familiar with Thai food, Bo.lan offers ‘Bo.lan Balance’, a menu that allows the chef to present an entire meal that seeks to achieve a true balance of essential flavours. The menu is thus composed of five key components: Thai salad (yum), chilli relish (kreung jim), a stir-fried dish (jan phat), curry (keng) and also individually served soups (nahm keng).

Placing a focus on creating quality dishes that delight the palate, influenced by the Slow Food philosophy, Songvisava and Jones use only the freshest seasonal ingredients that are locally sourced; in doing so, the pair seek to highlight the abundance and variation of Thailand’s biodiversity and to safeguard Thai food heritage. Under the direction of Songvisava and Jones, Bo.lan also plays a central role in promoting the Slow Food Movement in Bangkok, working with various non-profit organisations to educate the community about sustainable farming and eating habits. Songvisava hosts a Thai TV programme that focuses on specific food supply issues, such as sustainability.
Using a plethora of Southeast Asian ingredients such as pandan leaf, mangosteen, lemongrass, coconut and, of course, rice, Songvisava and Jones whip up sophisticated dishes that do justice to Thailand’s rich culinary landscape.