Festivals In Thailand You Might Not Have Heard Of 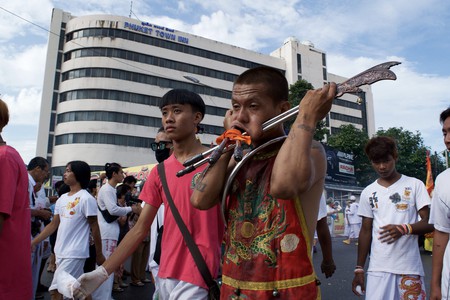 How can visitors of Thailand celebrate the country’s plethora of festivals if they have never heard of them? Fret not, as we are here to shed some light on the most obscure Thai festivals you might not have heard of … until now.

The Ubon Ratchathani Candle Festival kicks off the beginning of Buddhist Lent. Monks across the country (of which there are over 300,000) remain in a certain place, such as a monastery or the grounds of a temple, for the entirety of the holiday. During the festival, monks aren’t allowed to leave and focus on meditating and teaching other young monks. Thai people meanwhile bring candle offerings to the monks, and over time, these candles started to become much more elaborate. Thais would carve them into interesting and detailed shapes. Because of this, the festival was created to hold a competition of sorts, and those with the most stunning candles would participate in a parade in which the designs would be showcased on floats, making their way through the city. 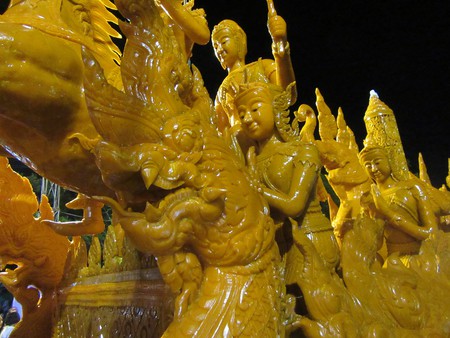 This Chinese-inspired festival has us baffled. During the Vegetarian Festival, which lasts about nine days, people across Thailand abstain from eating meat in addition to a few other things. It all sounds pretty normal, until you know about the particular traditions which take place during this festival in the city of Phuket. Both Thai men and women alike believe they can become possessed by masongs (a medium or spirit) during the festival, who protect them from feeling pain. Because of this, a slew of seemingly disturbing events take place, for example, fire walking ceremonies. The highlight of this festival is the parade that takes place on the last morning of the week-long festival. It is here that the masongs make their way down the streets of Phuket Town, with axes, knives, and other weapons in tow, self-mutilating as they go. 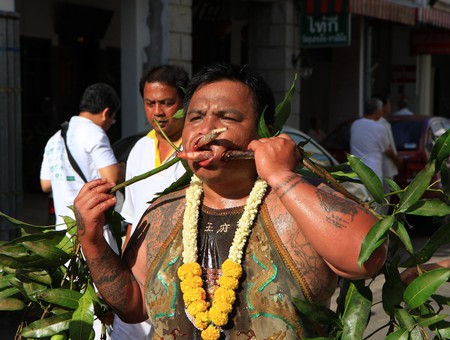 This festival has several names, but the most well-known is the Bun Bang Fai Rocket Festival. Yes, you read that right. A festival dedicated to rockets. During this ancient celebration Thai people call upon supernatural powers in order to help with the production of rice crops across Thailand. One of the best ways to contact the god who is in charge of the success of these crops is by getting his attention with a rocket or two. In addition to the launching of rockets, locals will dress up and dance. This is one of the most colorful (and loud) festivals in Thailand. 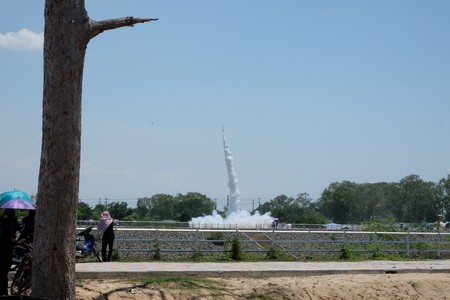 The Lopburi Monkey Festival, otherwise known as the Monkey Buffet Festival, is a time set aside to celebrate the long-tailed macaques in the city of Lopburi. The festival was apparently created by a sharp businessman who believed a festival such as this one would bring tourists into the city, and it has seemingly worked. Lopburi is normally relatively quiet, and it’s large monkey population and temple ruins attract visitors from time to time. This particular festival draws in quite a crowd, however, as the abundance of monkeys who reside there are given a feast of sorts at the old Khmer ruins. In addition to the large monkey feast, local Thais will dance, celebrate with food and drinks, and some even dress up as monkeys for the party. This festival usually takes place the last Sunday of November. 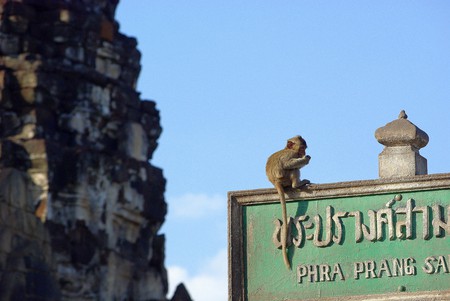 The Phi Ta Khon Festival, otherwise known as the Ghost Festival, takes place in Dan Sai in the Loei province of Thailand. Not many visitors of Thailand have heard of this northeastern province, and that is because there isn’t much there for tourists to do. That is, however, until Ghost Festival season. Local men and women put on extravagant, colorful costumes and masks and make their way down the streets of this quaint town. The large masks are often made of wood or banana leaves. In addition to the few parades, visitors can expect the temples in the city to be bustling, as well as different celebrations happening around town, including traditional dancing. The festival takes place in the first weekend after the sixth full moon, which is usually in June. 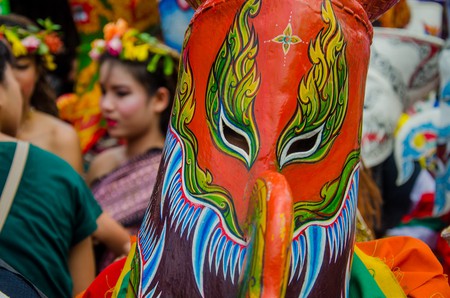 For over 50 years, the northeastern province of Surin has held the annual elephant round-up and show. Elephants are in abundance in this particular province, and at this time of year they are used for a number of different activities, including a parade, talent competitions, and even a football game between the animals. The elephants are given a large breakfast before the start of the day, to get them through the various celebrations in which they take part. This holiday takes place in November. 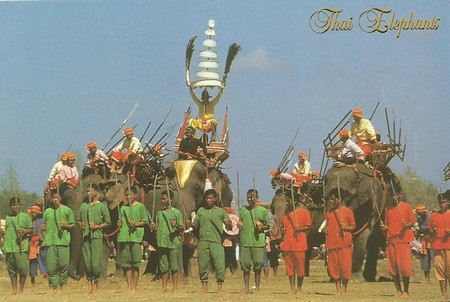 Get your paddles ready for this longboat racing festival in the Sao Hai District of Thailand. Three different boats compete in a number of different races, ranging from those which can hold up to 55 paddlers to small boats which can only carry about 12. The two-day festival provides visitors ample opportunities to witness one of the exhilarating races that take place. 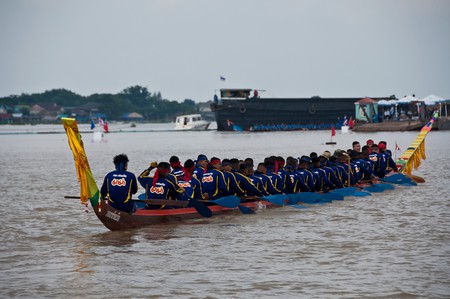