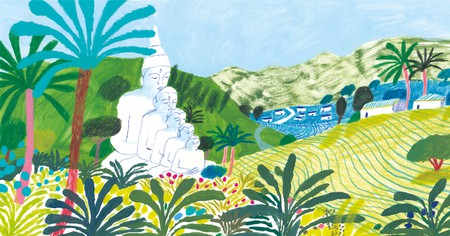 Disappointed by an oyster omelette in Bangkok, a hungry traveller heads for the mountains of Khao Kho on a journey to rediscover Thai cuisine. Along the way, he meets an ex-cop who’s turned his hand to coffee farming, a man growing mushrooms in reusable bags and a couple who teach him the joy of the humble snow pea.

I’m sitting in Bangkok’s Chinatown, staring at a soggy oyster omelette. Maybe the chef’s having a bad day, or maybe I’ve picked the one dodgy dish in a city of a thousand delicacies. Either way, it doesn’t really matter. I’m not in Thailand to sample the capital’s legendary street food; I’m here to taste the fresh air and fresher vegetables of Khao Kho, a mountainous district in the northern province of Phetchabun.

Getting to Khao Kho is a trek. You can either endure a bumpy five hours in a car or, like me, take a one-hour flight to Phitsanulok and spend a three-hour drive on the other end wondering if the hassle of the airport was really worth the hour saved.

Once you’re up in the hills, where the peaks reach above 1,000 metres and the temperatures dip beneath 20°C at night, it’s hard to believe you’re in Thailand at all. This feeling, not uncommon to the few international travellers who venture here, has inspired a nickname: Little Switzerland. 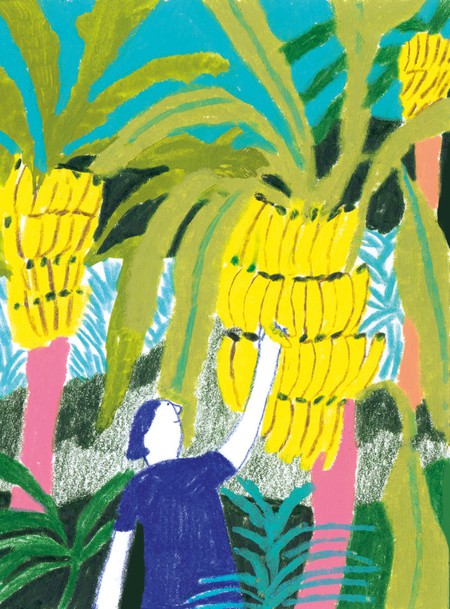 More than 90 percent of visitors to Khao Kho are Thai. They come to see the passion fruit, banana and cabbage plantations that colour the landscape, and to stroll through the strawberry fields as if they’re in a far-off land, typically an imagined Europe. Even here, people pose among the crops and wildflowers for Instagram shots. The most popular location tag in the region is a café that sells rainbow cheesecake.

But there will be no rainbow cheesecake for me. I only have eyes for Khao Kho’s innumerable farms and the native crops they grow. Most places encourage visitors to roll up their sleeves, flex their muscles and help out with the harvest. At Sergeant Narin Coffee, they take things a little easier. The owner, Sergeant Narin himself, a former Bangkok police officer drawn to Khao Kho by the fertile soil, offers guided tours of the property, where he cultivates avocados, macadamia nuts and, of course, coffee, which he sells at an on-site café.

At the end of another bouncy van ride along another dusty road, I pull up at a stilted wooden house fringed by banana trees. “Welcome!” calls In-see Duankham, the owner of this plantation. “Are you hungry?” He twists off a banana from a tree and hands it to me, before leading the way towards his mushroom farm. 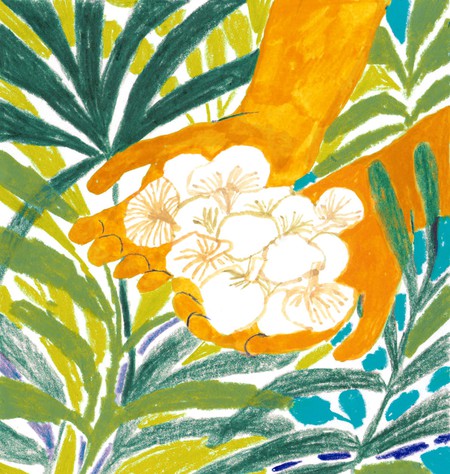 “This is where the mushrooms come from,” he says, holding up a reusable, clear-plastic bag filled with mulch, sawdust and spores. Through a pink cap at the top, a cluster of shiitake mushrooms has sprouted. Row upon row of these bags are stacked on their sides, creating a living wall of mushrooms, which are said to grow larger and tastier here in Khao Kho thanks to the cooler climate. In-see picks a bunch and tosses them into his bucket. They might be bound for a curry or a stir-fry, where their dense, meaty texture is an important part of the mix, or for a bowl of tom yam, where their earthy flavour will counter the sharp lime and complement the creamy coconut.

As I venture even deeper into the farmland, phone signal and infrastructure give way to acres of papaya groves, rambutan trees and corn fields. The van finally arrives at the home of Uncle Vicharn and Boo, who are eager to show me around. The couple have been on their farm for over 20 years, living a quiet life even by Khao Kho standards. They are one of five families who own land in this patch of jungle, two hours from the nearest paved road or convenience store. Except for a few bought essentials, they live off the land, collecting rainwater, raising chickens and trading crops with their neighbours.

As Boo tends to an iron pot that, come dinnertime, will be filled with soup, Vicharn inspects his snow-pea plantation, which stretches for well over a square mile. Dwarfed by spiralling vines, workers in hats and long sleeves fill rattan baskets; on a good day, they can collect as much as 200 kilograms. Although farming can be profitable, Vicharn explains, often it’s not enough. He believes international visitors, who are more likely than their domestic counterparts to go in for a bit of ecotourism, are the future. And, thinking about it, it is a wonder that this corner of Thailand has escaped their attention for this long. Yes, the journey from Bangkok is a little on the arduous side, but, once you’re here, it’s quite something. It has mountains and valleys for hiking, Hmong villages that are culturally distinct from the rest of Thailand, and Wat Pha Sorn Kaew, the Temple on the Glass Cliff, parts of which were constructed with more than five million tiles and shards of crockery. There’s also the chance to taste Vicharn’s snow peas at their freshest. An unsung hero of Thai cooking, the snow pea adds crunch and colour to curries and stir-fries; against its mildness, the zing of chilli and kaffir lime can soar. 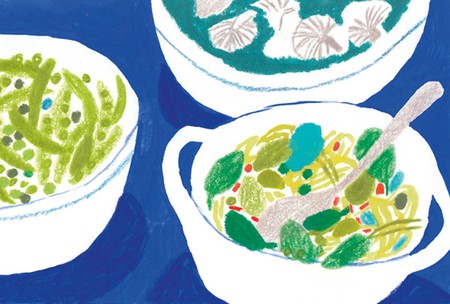 At the side of the house, incense sticks burn beneath a tall palm tree draped with a garland of orange flowers. This ritual, practised at farms across Thailand, invites jungle spirits to lend their blessings to the fertility of the land. Looking at Vicharn’s own basket, brimming with snow peas, it seems they’re listening.

Later that night, I find myself at a feast with In-see and some other local people at popular Khao Kho restaurant Boon Mee Kanom-Jeen. The servers wear traditional ruen thon dresses and float between the long, wooden tables with jugs of iced tea. Set out before us are ingredients grown at the same plantations I’ve visited. The showstopper, however, is the seven-coloured kanom jeen – rainbow noodles made with natural colourings such as matcha and butterfly pea. Three clay pots contain peanut sauce, coconut curry and fish broth. In-see motions for me to grab a forkful of pink noodles as he fills my bowl with greens, a boiled egg and a generous ladle of curry. He gestures for me to mix it all together. I do as I’m told, allowing the golden-brown sauce to coat everything. I take my first bite and smile. It’s rich, fiery and, above all, fresh. The bumpy ride from Bangkok was definitely worth it.

Andrew was hosted on this trip by the Tourism Authority of Thailand and Saiphin Moore, founder of Rosa’s Thai Cafe, who’s childhood on her family farm in Khao Kho helped inspire the restaurant’s menu.