Everything You Need To Know About Thai Silk 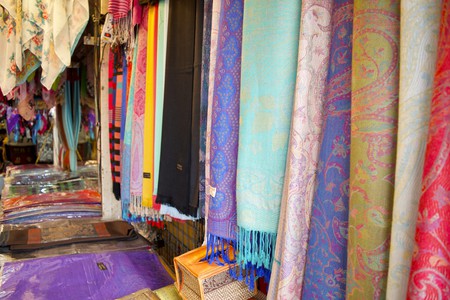 Thailand is well known for a number of unique characteristics. From Thailand’s spicy food to the country’s thriving sex industry, we can confidently say this is one of the most fascinating countries in the world. Another staple of Thailand’s economy and culture is its silk industry. Thai silk has become a coveted item across the globe, and it is one of the most sought after souvenirs by tourists and visitors of the Kingdom. Here is everything you need to know about Thai silk.

The name Jim Thompson and Thai silk go hand-in-hand. Thompson almost singlehandedly brought Thai silk back to life after the industry was lackluster, at best. After failing to pass the exam to become an architect, Thompson enlisted in the Delaware National Guard. After his service, he took a job in Bangkok with the Office of Strategic Services, the forerunner of the CIA. Thompson had no interest in returning to the U.S. and decided to invest in silk in Thailand. 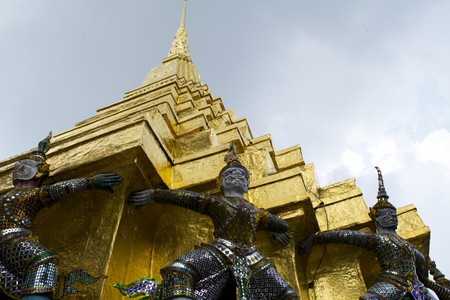 At the time, silk was actually being imported into the country. Thailand had the resources to manufacture and produce its own silk but was still not making its own fabric. Thompson made an investment in silk in Thailand in the late 1940s, and that is when things changed. His investment was a smart one, and soon Thompson’s silk was gracing the pages of Vogue and made debuts in the Broadway show, The King and I when it ran on Broadway.

Jim Thompson is known for a few things in Bangkok. The Jim Thompson House Museum is one of Bangkok’s top attractions. He utilized his background in architecture to create one of the most interesting homes in the city. Things are built backward, designs are odd and random, and rooms are separated by pieces of wood you have to step over. His décor is certainly different. Then Thompson suddenly disappeared, which only added to his fame. In 1967, Thompson was hiking in Malaysia and was never seen again. To this day, his remains have not been found and it is still unknown what happened to him. 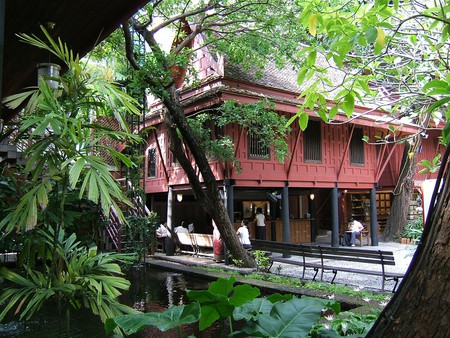 In response to his disappearance, there was a decline in hand-woven silk in the Thai silk company owned by Thompson. Machine-made silks were easy and much faster to produce, and the company employed the use of a number of these machines. Some crafters simply abandoned the trade altogether. Other artists, however, learned the new craft to stay employed while still weaving their own silk. The company also opened up a mulberry farm, where it produced silkworm eggs so that the company would never come up short on supplies. Now, there are Jim Thompson showrooms and suppliers around the world selling Thai silk.

In 2012, there were about 94,000 mulberry farmers. This was an increase from the 80,000 farmers in 2011. Some 20 years ago, the number of farmers used to be much higher, but many farmers have since switched to the industrial sector or started growing alternative crops. Thailand produces about 600 tonnes of silk each year, 500 of which are used locally. Thailand isn’t the only country making silk, however. It competes with some of its Asian neighbors, including Vietnam and China.

How To Grow A Silkworm

The silkworm is actually a caterpillar. Silk farms can be found in the north of Thailand where most of the weaving is done. When silkworms feed on mulberry trees, they produce salivary glands. The filament is spun to create silk thread. As silkworms grow, their bodies become filled with raw liquid silk. These cocoons are then boiled. The heat helps extract the thread. While machines have certainly made their way into the industry, you can still find Thai silk where the thread has been woven by hand and not done by a machine. Chemical dyes are now used to create silk’s popping, awe-inspiring colors. Barks and leaves used to be used as dyes, but the color usually came out after several washes, and something more permanent was needed. 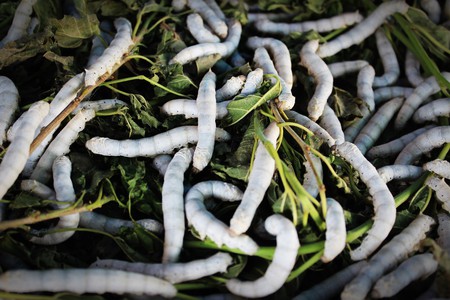 Silkworms in Thailand | © Courtesy of Pixabay

Where To Get Thai Silk In Bangkok

You can find Thai silk throughout the city, but be wary of the quality. If silk is priced at a number that seems too good to be true, that is probably because it is. Some trustworthy stores include the Jim Thompson House Museum, the Jim Thompson Factory Outlet, and Queen Thai Silk. You can also purchase Thai silk in the MBK Center and other shopping malls throughout Bangkok. Chatuchak Weekend Market is home to cheap Thai silk, should you not care about whether or not the material is synthetic. If you travel through the north of Thailand, you will find many family-owned farms still weaving and growing their own silk, as well. 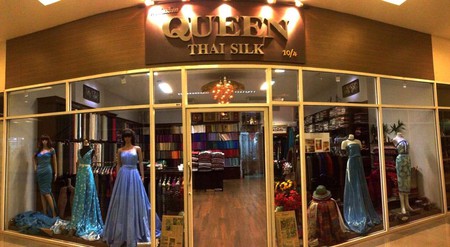