Everything You Need To Know About Loy Krathong 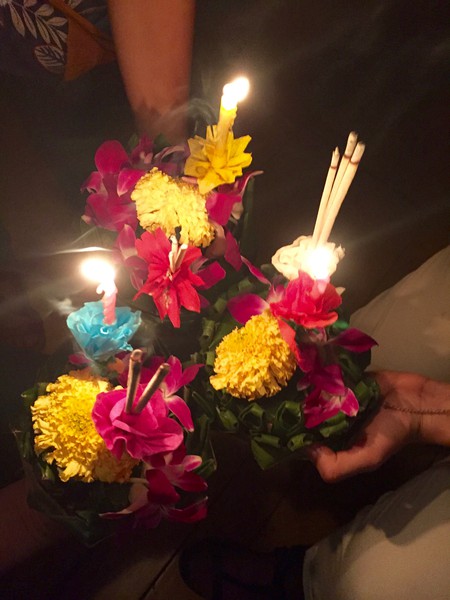 Thailand has festivals almost every other week, and the country loves celebrating. Whether it is a new year or a new moon, Thai people will always find a reason to dance, share delicious food, and get together in order to party. That being said, Loy Krathong is one of the biggest celebrations of them all. This colorful, nationwide celebration kicks off this weekend. Here is everything you need to know about Loy Krathong.

What Is Loy Krathong?

This festival is celebrated for a handful of reasons. For one, this time of the year marks the end of the rainy season, which is always a cause for celebration. Gone are the days or relentless downpour and frantic Thais and foreigners alike trying to escape the heavy showers, at least until monsoon season begins again in July.

It is believed that Loy Krathong, or ‘the festival of light,’ originated in the ancient city of Sukhothai, located about five hours north of Bangkok. It is not necessarily a religious holiday, but you will see many Thais praying to the water goddess, Mae Khongkha, as they send their decorated ‘boats’ down the river. Many Thais will give thanks to the water goddess for the fortune of having water while others will ask for forgiveness for using too much or contaminating it. 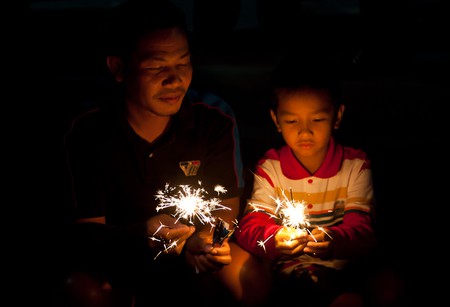 Some claim that this festival is the most beautiful of them all, which is a rather large claim considering the sheer number of festivals and holidays Thailand celebrates each and every year. This bold claim may well be true, however, thanks to the immense number of candles which are lit and put atop gracefully decorated boats, which are then sent down bodies of water throughout Thailand. Some people will add money to their boats, as well. 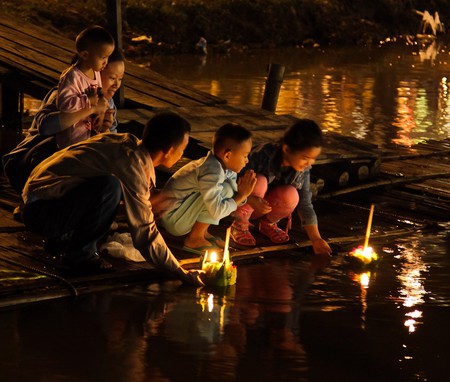 Each candle has a prayer, memory, or wish attached to it as it makes it way down whatever body of water it finds itself on. That is the basic idea of the entire festival: it is a new beginning of sorts. Thais and foreigners participating in the festival let go of whatever their misfortunes are and let the water carry them downstream and away for good. Burning incense and lighted candles cover the tops of the krathongs, which are the circular objects, usually made of banana leaves and flowers, floating down the river. Loy means ‘to float.’ It is certainly an amazing sight to watch thousands of lighted banana-leaf boats float down waterways all over the country. 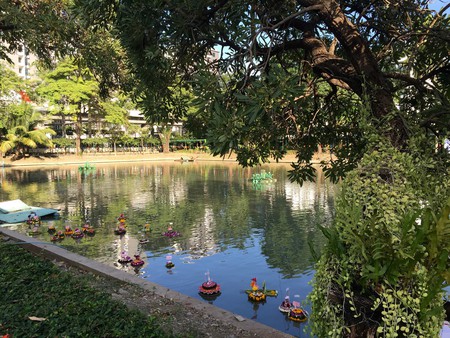 Krathongs are available along all major waterways in Thailand for purchase. The price ranges depending on how elaborate or mundane the krathong is. During this festival, it is not uncommon to see many Thais wearing traditional Thai clothing, and beauty pageants are held throughout the country and in many schools. Afterward, these pageant contestants will take on Thailand’s brutal heat in full, beauty queen attire. It is not uncommon for some of the girls and women to faint during the longwinded parades. As always, remember to stay hydrated during all of the festivities. 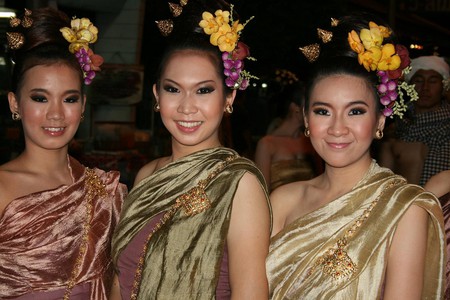 The festival dates depends on when the evening of the full moon of the 12th month falls according to the Thai traditional lunar calendar. The date is different almost every year. The festival is usually right at the end of the rainy season and sometime in the month of November. The end of the month starts the beginning of the cool and dry season, which is the best time to visit the Land of Smiles. It is not as rainy during the upcoming months, and temperatures drop just so much so that the weather is tolerable for visitors. This year, the festivities will take place starting on Sunday, November 13 through Tuesday, November 15. 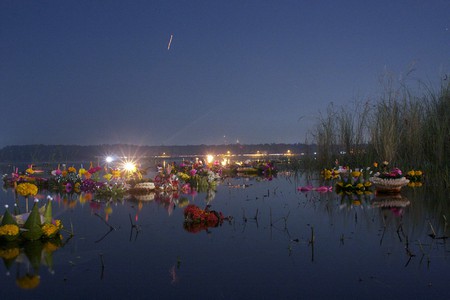 Go to any body of water throughout the country to enjoy this colorful festival. Given that the festival essentially pays respect to the goddess of water, every canal, river, pond, and body of water will be surrounded by Thais eager to pay their respects. Some of the most vibrant and lively cities to visit during the Loy Krathong festival include Bangkok, Chiang Mai, Phuket, and Sukhothai.