Kotchakorn Voraakhom is a landscape architect on a mission to keep Bangkok’s rapidly sinking streets afloat. Her extraordinary Chulalongkorn University Centenary Park is a literal life raft amid the city’s ever-rising floods, creating a template for other cities being submerged by the effects of climate change.

When Bangkok’s monsoons roll into town, they do so with the subtlety of a trombone band. From July to October, heavy clouds turn the humid skies black, and in seconds the first droplets of drizzle turn into a drum roll of determined rainfall. Neither coat nor wellies – nor indeed a reinforced golf umbrella – stand a chance. 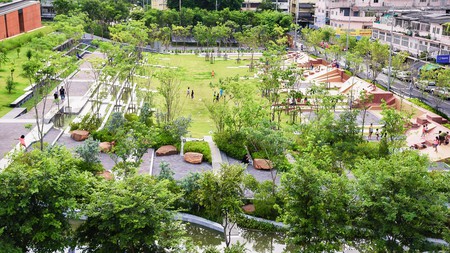 When Bangkok first stretched languidly along the banks of the Chao Phraya River, the porous land breathed and absorbed the floods. The city had so many khlong (canal) waterways it was dubbed the ‘Venice of the East’. But most are now a fading memory, since covered in concrete car parks and shiny shopping malls. 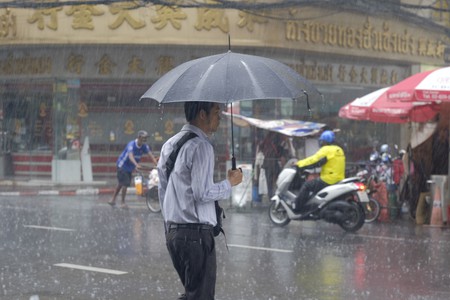 Today, superficially at least, Bangkok’s residents manage the wet season like total pros. From the first touch of rain, hawkers roll out flimsy awnings and tuk tuks don raincoats fashioned from plastic bags. In the background, however, something scary is afoot. And there is more at stake than soggy jeans. Once upon a time, the rains came and went, fertilising farmlands in their wake – but now, the streets quickly flood. Traffic grinds to a halt. Rats, cats and the odd anaconda swim by.

In the great flood of 2011, water flowed down from the north, rendering most of central Thailand a boggy lake. Crocodiles swam in the streets and green mambas escaped from a flooded building in the outskirts of Bangkok. But worst of all, millions of people – including Kotchakorn Voraakhom and her family – were displaced. 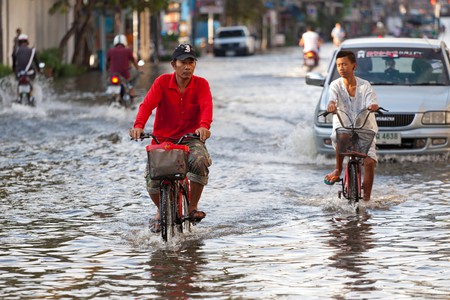 “In the midst of this I found my calling,” says Kotchakorn, who goes by the nickname ‘Kotch’. “I grew up witnessing the modernisation of Bangkok, rice fields giving way to the encroaching concrete of the city, and environmental problems growing every year. I could not just sit by and let my city sink.”

Bangkok eventually gained the unenviable reputation of a city with some of the “lowest amounts of green area per capita in Asia,” Kotch said in her Ted Talk. And as the waterways filled with concrete, nature flooded the city with rain, announcing in a grand way that modern infrastructure would only make the waters inch higher and higher. “The land has lost its absorbency,” Kotch warns. “We’re living on top of a shifting muddy river delta that is sinking more than a centimetre each year.” 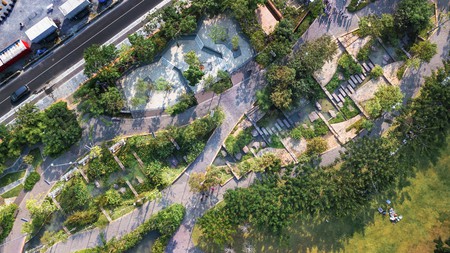 Kotch was granted the opportunity to find a solution to the problem in 2012, when Chulalongkorn University donated a large chunk of land in the city centre and launched a competition to decide on the design. Using her knowledge as a landscape architect, Kotch concocted a plan to transform the space into a park that would not only beautify the city, but would also help drain the flood waters and improve air quality. 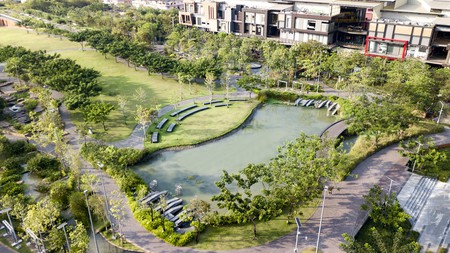 “It was simple and it made sense,” Kotch says. “It wasn’t just, ‘we need water so let’s dig a big pond’. The design answered many questions to help the city deal with water and climate change.”

Anyone who has visited Bangkok’s shores knows that the city is as flat as a pancake. “So we put the 11-acre (4.4-hectare) park on an incline to harness the power of gravity,” Kotch explains. “It drains down to the lowest point, where the water is collected.” 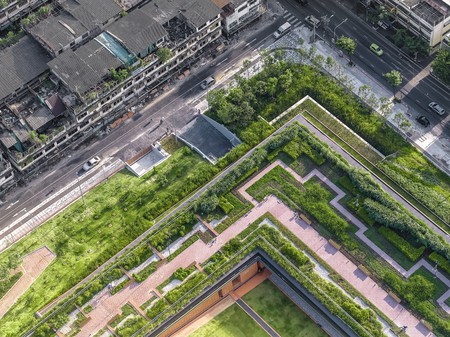 The rain first falls onto a large, green, verdant roof – the highest point of the park. The runoff then drains into a wetland, where native plants filter and clean the water. It finally reaches a retention pond, which can hold 3.8 million litres (6.68 million pints) of rainwater, and is used to irrigate the park for 20 days. There are even water bikes that people can work out on while simultaneously cleaning the water. “This park is not about getting rid of water, it’s about going with the flow of the water,” says Kotch. 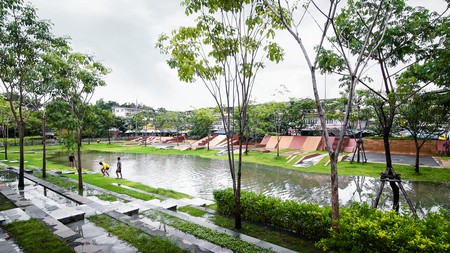 Research has shown that parks like Chulalongkorn University Centennial Park help not only with air quality, but also with lowering the temperature. Bangkok, and other cities built from concrete and asphalt, has a hard landscape design which means that it absorbs and holds heat, creating an urban heat island effect. Conversely, green parks deflect light, which helps create a cooling effect on the surrounding area.

“The awareness of climate change means that whatever our profession, we must become part of the solution,” Kotch warns. And Bangkok is not the only one in danger: “The same goes for everyone, everywhere. Particularly those living in New York, Tokyo, London, Shanghai and New Orleans – all of which are sinking”. 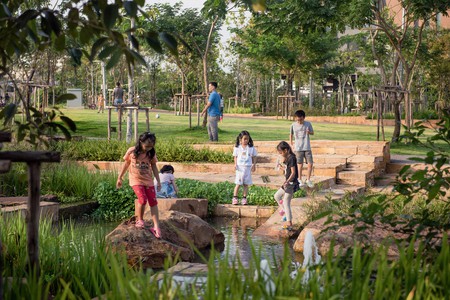 “It is not only our concern anymore. It is the world’s concern,” Kotch cautions. “As citizens we are concerned, but for politicians it seems environmental issues are secondary. They are ‘future’ problems.”

For now, Kotch will focus on keeping Bangkok afloat. The next big landscape project is at the flood-prone Thammasat University, where she is working on one of the largest green roofs in South East Asia. “Designing a park is just one solution. But it’s not about copy and paste,” Kotch says. “It’s about understanding Bangkok.” 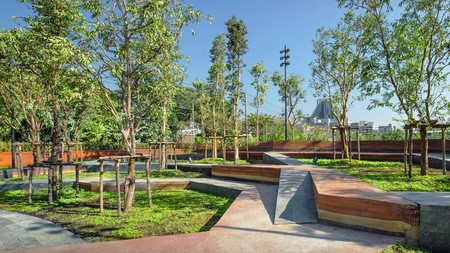