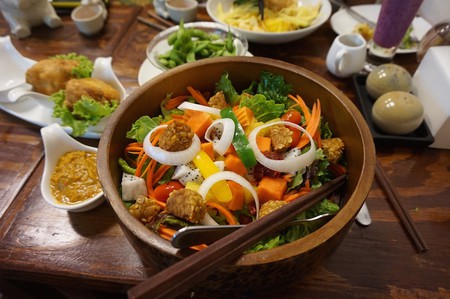 With a world-class street food scene, Bangkok, Thailand is an unmissable culinary destination. Yet it is not only the street food that shines here, as the city is also home to an array of fine dining establishments. Here are the best dining spots in the Thai capital. 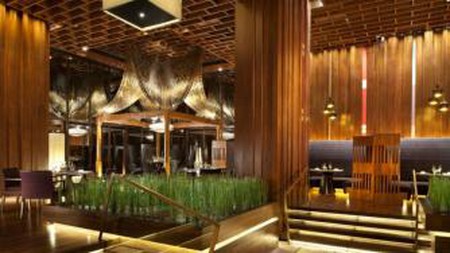 Henrik Yde Andersen, the mastermind behind Bangkok’s Sra Bua by Kiin Kiin is internationally recognized for his Michelin-starred Kiin Kiin in Copenhagen, Denmark. This is one of only two Thai restaurants in the world which can boast of that honor. His Bangkok offshoot was included in San Pellegrino’s list of Asia’s 50 Best Restaurants list in 2013 and for good reason. Beginning with an array of traditional Thai flavors, Andersen presents deconstructed versions of the country’s staple dishes. The results are theatrical, surprising, bold and interactive. Sra Bua’s version of Tom Yum soup allows diners to prepare their own noodles by squeezing freshly prepared dough through a syringe directly into the bowl of steaming broth. Diners select from a small or large tasting menu. Both offer a range of creations that push the boundaries of form, texture, and temperature. 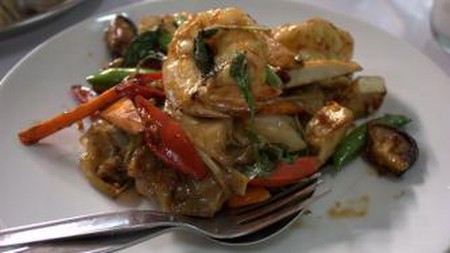 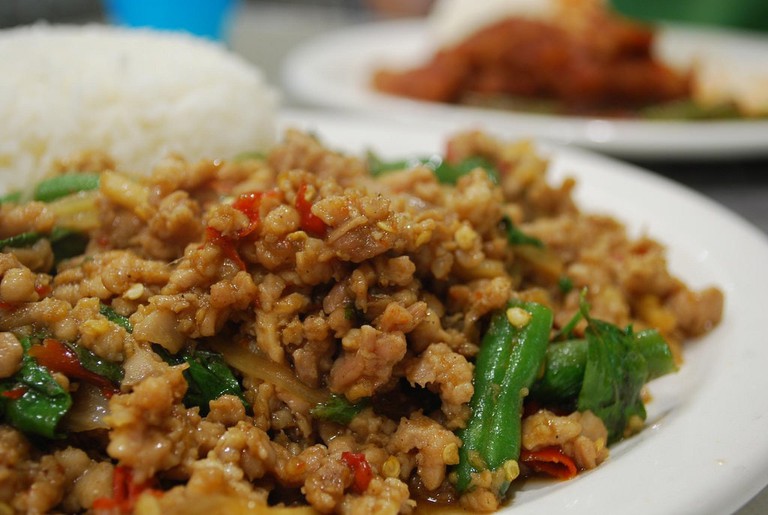 Pad Krapow | © Alpha / Flickr
Presiding over the wok at her namesake restaurant, Jay Fai is an absolute master of the drunken noodle. Although Ms. Fai has assistants, she is practically a one-woman show, and customers at her hole-in-the-wall venue can expect their food to be prepared by the woman herself. Her rice noodle dish, known in Thai as pad khee mao, is made with a combination of ingredients such as basil, crabmeat, giant shrimp and hearts of palm. Although not quite as popular, the fried crab omelet also comes highly recommended. Jay Fai’s has acquired somewhat of a cult following. Despite prices that soar above those of the surrounding street food joints, the restaurant is always full.
Open In Google Maps
327 Maha Chai Road, Khwaeng Samran Rat, Khet Phra Nakhon Krung Thep Maha Nakhon, 10200,
Visit Facebook page
Give us feedback

As the most internationally eaten Thai dish, pad thai was popularized in the 1930s and 1940s when Prime Minister Luang Phibunsongkhram used it to promote a centralized nationalism following World War II and external occupation. The Prime Minister saw the creation of a unified cuisine to be essential to the development of a national identity. Pad Thai has since become one of the country’s national dishes. Thip Samai is known city wide as one of the best places to enjoy these stir fried noodles. At around 5pm each day, the chefs here begin to cook up large batches of this Thai classic over a fiery charcoal grill. Complementing the noodle’s familiar sweetness is the taste of the smoky charcoal, giving this pad thai its standout flavor. More unusual is the Pad Thai Haw Kai Goong Sot, the same divine noodles packed into an egg wrapper to produce a perfect Pad Thai parcel. 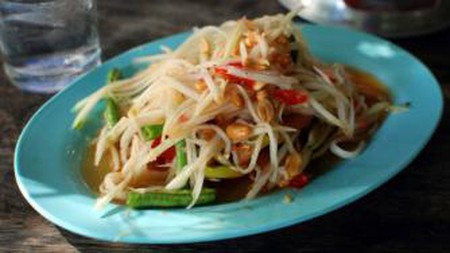 Rika Dila, Rattawadee Bualert and Nawart Sippapak have taken Northeastern Thai street food, or Isaan, and adapted it for the classy restaurant setting. The outcome is Cafe Chilli, a surprising gem in the middle of the Siam Paragon Mall. It has outstanding flavors and elegant decor that echoes its regional origins. By street food standards the portions are small, but healthy eating is at the forefront of the restaurant owners’ philosophy. Popular dishes include the spicy salmon salad and the saab soup with pork ribs. The restaurant also serves some of the best som tam, or green papaya salad, to be found in Bangkok. 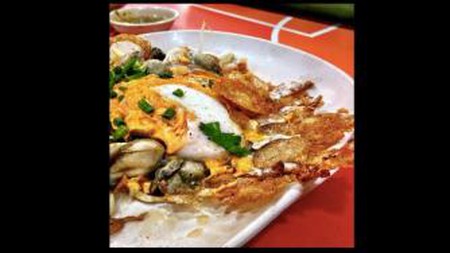 As one of the most popular street food destinations in the city, Bangkok’s Chinatown, known as Yaowarat, is packed with vendors preparing the best of Thai and Chinese food. With so much competition in this culinary hot spot, the mediocre stalls are weeded out and only the best survive. Nai Mong Hoy Tod, a small establishment just off of the main road, is one such stall that stands out among the rest. As with most of the foods sold in Chinatown, Nai Mong’s signature dish, hoy tod, was brought over by Chinese immigrants roughly a century back. Consisting of an omelet topped with either oysters or mussels, Hoy Tod is often perceived as a peculiar combination of foods from the perspective of many western visitors. Yet this crunchy egg treat is one of the tastiest dishes to be found in Bangkok.

Australian-born chef David Thompson fell in love with Thai cuisine during a trip to the country more than 25 years ago. After opening his Michelin-starred restaurant Nahm in London in 2001, Thompson opened a second branch of the successful dining establishment in Bangkok in 2010. A destination for serious gourmets, Nahm was included in San Pellegrino’s World’s 50 Best Restaurants list and has received numerous other accolades. Through his cooking Thompson unites strong Thai flavors in fresh combinations that sit in perfect balance. The resulting curries, stir-fries, soups, and salads are an elegant and sophisticated interplay of hot and sour, sweet and savory flavors. 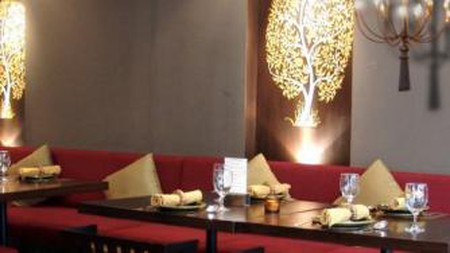 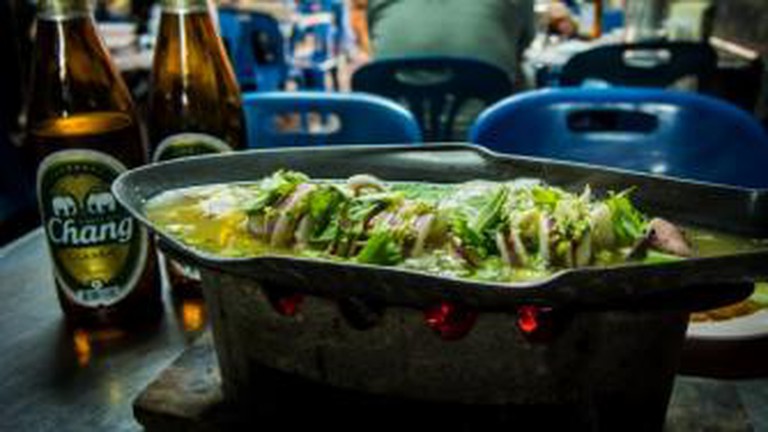 Although the restaurant itself is a bit run-down, people don’t flock to Talad Nam Seafood for the ambiance. Located down a dark alleyway near exit 2 of the BTS station, the venue’s impressive display of fresh fish set out near the entrance draws in a steady stream of new customers and loyal patrons. The extensive menu features a long list of fish options from crab meat curry to steamed sea bass, shrimp or squid in soaked in lime sauce. Seafood comes served in a fish-shaped tin platter set atop hot coals, keeping the meal hot for leisurely dinners. 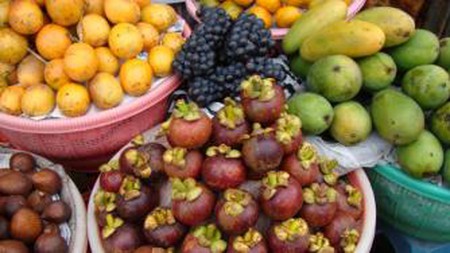 On weekend mornings from 6 until 10am the quaint Suan Luang market opens in a residential area near Suan Luang Park. In this highly local, non-tourist ridden market, one can enjoy a walking breakfast with a stroll around the colorful umbrella-covered stalls. Popular options include the soft grilled bananas, chicken satay or sticky rice with mango and coconut milk. A freshly prepared milk tea is the perfect beverage to accompany this eclectic meal. In addition to prepared dishes, the market has a range of fresh fruit stalls offering gorgeous indigenous fruits such as lanzones, mangosteen and lychees. 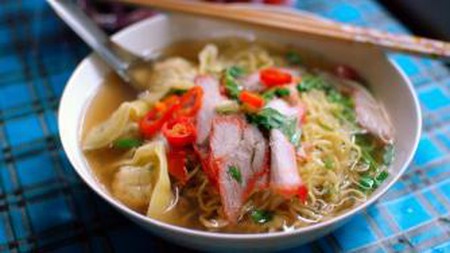 Bamee Slow, a pickup truck turned noodle kitchen parked at the corner of Ekkamai Soi 19, has attracted a local clientele who are willing to wait for around half an hour to enjoy a bowl of steaming Chinese egg noodles. It is thus wise to arrive a bit before the hunger pangs start to set in to get a place in the queue of eager customers. Here everyone seems to have their own preferred version of bamee. One such example features bamee hang noodles topped with blanched greens, barbecued pork and a hard boiled egg with a tasty pork broth to pour over it all.