Born in The USA: Thailand's Beloved King and His American Connections 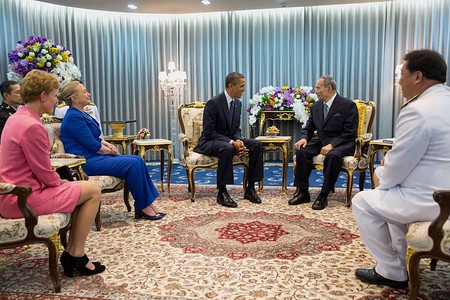 Beloved by all Thais, the late King Rama IX might have left the world in his beloved Thailand but was brought into it on American shores. Here’s the story of the only monarch to be born on US soil. 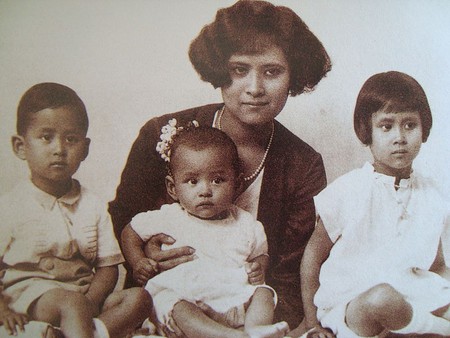 In the 1920s, Thailand’s Prince Mahidol Adulyadej was studying at Harvard University. On December 5th, 1927, his wife Mom Sangwan (who would later become Princess Srinagarindra) gave birth to her third child in what is now Mount Auburn Hospital in Cambridge, Massachusetts. At first, his US birth certificate had his name down as “Baby Songkla”, since the parents needed to consult the King of Thailand, Rama VII, to find an auspicious name for the newborn. He was eventually named Bhumibol Adulyadej, a name which means “strength of the land, incomparable power” in Thai but is Sanskrit in origin.

Bhumibol remained in the US until 1928, when his father completed his studies, and visited Thailand for the first time that year. Bhumibol didn’t settle in the Land of Smiles, however; following his father’s death in 1929, the family spent most of their time between there and Switzerland, where he would study in the city of Lausanne. With an older brother, it was never expected that Bhumibol would ever take the throne, but that soon changed. 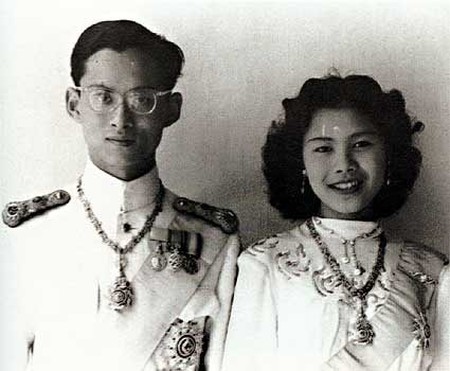 The King and Queen Sirikit | © WikiCommons

The abdication of the heirless King Rama VII in 1935 saw Bhumibol’s older brother, 9-year old Ananda Mahidol inherit the throne and become Rama VIII. The young king remained in Switzerland, and the family moved back to Thailand once WWII had finished. However, his reign didn’t last long, as he was found dead from a gunshot wound in 1946. Bhumibol became the new king of Thailand, Rama IX, a country he’d barely spent any time in, and became the first monarch to be born in the USA in the process. Whilst the President of the United States must be a natural born citizen of the country, there is no such law in Thailand; however, the king must be Buddhist. Despite King Rama IX having spent the majority of his life until this time in Switzerland, surrounded by Christianity and churches rather than Buddhism and temples, he still maintained his Buddhist roots, going as far as entering the monkhood for a period — a practice that’s popular and expected amongst all Thai Buddhist males. The matter of his religion and eligibility was never in question.

With President Obama | © US Embassy Thailand

Today, King Bhumibol is fondly remembered by virtually all Thais for everything he achieved throughout his time as king. He visited all corners of his kingdom, as well as numerous countries around the world — not to mention the country of his birth. Thailand is often cited as the USA’s oldest Asian ally, and their relationship remained strong whilst Rama IX sat on the throne. His patronage of the arts inspired the country, whilst his tireless work to improve the lives of its people put most other monarchs to shame. His reign of 70 years is the longest reign of a monarch, and he is fondly remember by the Thai people, who turned out in droves to bid him farewell at his funeral.