Animal Tourism In Thailand: The Truth Behind The Abuse 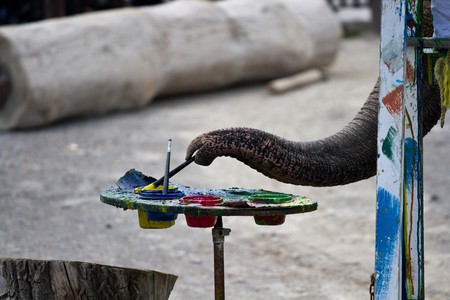 Tourism is a big business in Thailand. In 2014, there were 5,383,000 jobs within the tourism industry in Thailand, and 14.1% of employment was funded by this business, according to the Authority on World Travel & Tourism. With this industry providing so many Thai people with jobs, many might overlook the dark ties it has to a number of not so ethical industries, including animal tourism. Here we take a look at what actually goes on behind the scenes of these seemingly honest attractions.

There are about 4,000 domesticated elephants in Thailand, many of which are forced to work in the tourism industry. Many travelers dream of achieving the perfect selfie on the back of one of these giant, majestic creatures deep in the jungles of Thailand. While this could make for a pretty incredible photo, many visitors are unaware of the torture elephants must endure in orderto become completely submissive to human beings, and stable enough for eager elephant sanctuary visitors to ride them. 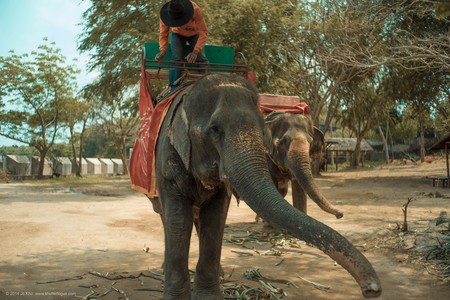 In order for an elephant to be able to stand on its tiptoes and dance or be readily available for rides for tourists is a six-day ritual called ‘Phajaan.’ It is a grueling process that an elephant never forgets, as its calves are bound together while it is forced to walk around a wooden pole over and over again. Other times, these suffering creatures are forced into cages, where handlers use sharp spikes or nails to stab and torture them, their misery becoming almost indescribable. The end goal is to break the animal’s spirit to such a point that it loses the will to live: it is only then that an elephant becomes completely controllable by their human trainers. 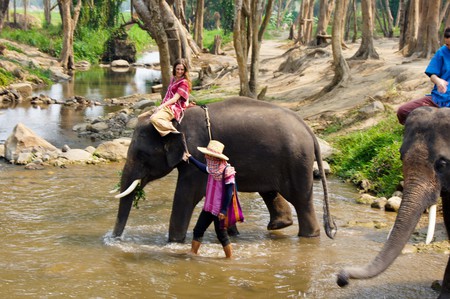 An Elephant Never Forgets is a documentary in the making about what goes on in the elephant tourism business. It hopes to uncover the cruelty that the elephants of Thailand must endure in the name of tourism.

Elephants are not the only ones at risk in this type industry. Just this past February, an elephant trampled a man from the UK to death on the island of Koh Samui after he and his daughter were thrown off its back. In a similar incident, a handler was killed in front of tourists in August, while three Chinese tourists still rode on the elephant’s back. Visitors who choose to ride these elephants are not only supporting a cruel industry, but they are also putting themselves in the way of inherent danger – all for a good selfie or two.

Elephants might be the most popular wild animal that tourists want to see up close and personal, but there are so many other animals that face this same abuse, just in a different fashion. This past year, Wat Pa Luang Ta Bua Temple, better known as the infamous Tiger Temple in Kanchanaburi, faced a whirlwind of accusations and problems. It all started when it was raided by the government of Thailand in February 2015. 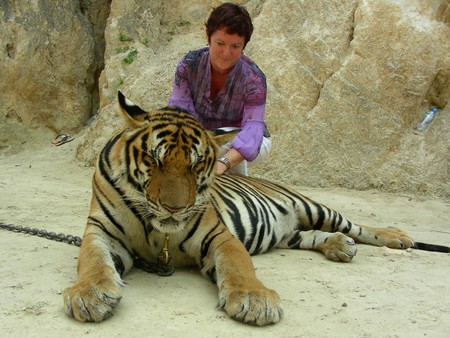 After investigating the temple and its actions further, 137 tigers were taken from the sanctuary on June 1, 2016. During this seize, the wildlife department in charge made a frightening discovery: 60 frozen and bottled tiger cub carcasses and pelts. In addition to the cubs, there were other endangered species’ parts and goods, according to a National Geographic article. None of the cubs were living, however, there were some 10 female tigers found who were lactating at the temple. 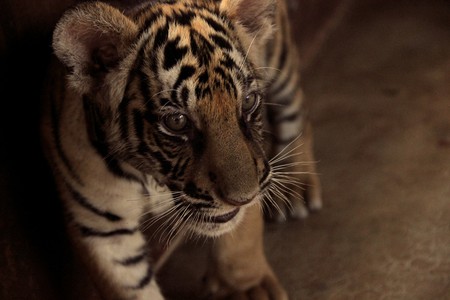 Putting the horror aside for a moment, such a discovery brings to the forefront a key question: how does a wild animal like a tiger become so docile in the first place? How is it that human beings, who under any other circumstances would run from this seemingly dangerous beast, instead post photos with tigers to share on their social media accounts? Rumor has it that these tigers are drugged, though this has been denied by those who work in this industry. 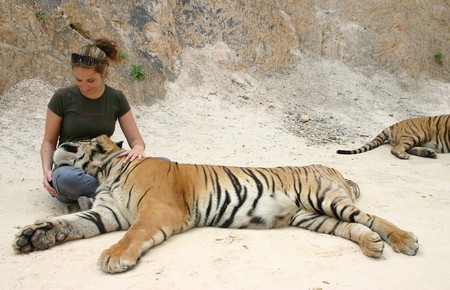 © Courtesy of S B

Some have countered the anti-animal tourism argument with the fact that many of the animals found in these sanctuaries are endangered. Tigers are an endangered species, for example, and there are only about 3,890 left. Tigers frequently face the danger of poachers, deforestation, habitat loss as well as retaliatory killings out in the wild, according to the World Wildlife Organization. 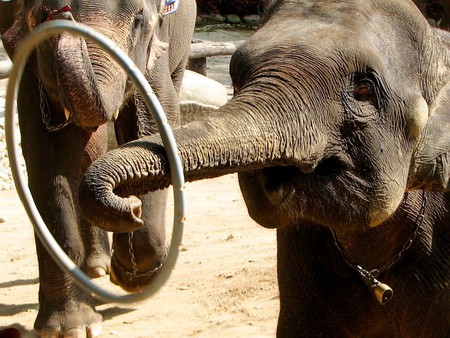 Not all animal tourism experiences have to be negative, however. There are plenty of ways for visitors to Thailand to feel like they are interacting with wild animals without causing them any harm. Elephant Nature Park in northern Thailand is a perfect example of this. This rescue and rehabilitation center has helped dozens of elephants and created a park in which these animals can thrive and live out the rest of their days in peace. It is not uncommon for many of the elephants who call Elephant Nature Park home to sport the scars of a previous life, from hook holes in their ears to crooked ligaments from when careless trainers never bothered to take care of broken bones. In addition to elephants, this sanctuary cares for dogs, cats, and buffaloes. 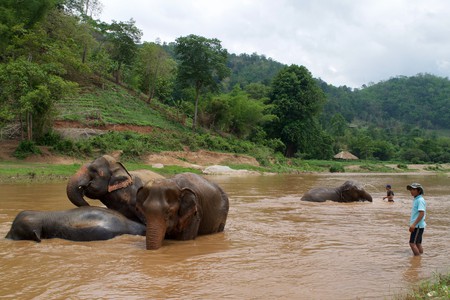 One of the biggest travel websites in the world, TripAdvisor, has even stopped selling any bookings in which guests get up close and personal with wild animals. The website announced this past October that it will no longer sell packages where travelers can ride elephants, pet endangered species like tigers, or even swim with dolphins, according to a New York Times article.

There are some easy ways to distinguish places which support positive animal tourism from those places who treat their animals poorly. Was it ever considered a normal thing for elephants to prance around on their hind legs while painting pictures with their trunks? Probably not. 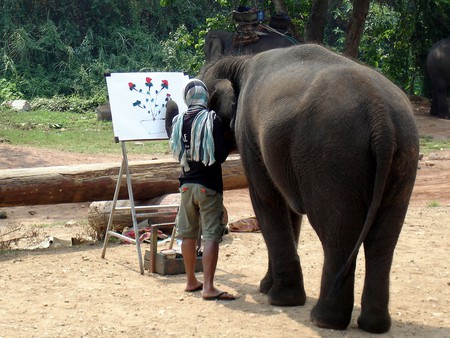 When was the last time you saw an educational program on wild animals where orangutans were putting on dresses and dancing to music? If animals are treated or acting in such a way that would never occur outside the gates of the attraction, then they are best avoided. As much as visitors want to connect with animals while traveling abroad, tourists should think twice before booking an attraction that allows them within such close proximity to otherwise wild animals. There are plenty of responsible alternatives if you look hard enough.