An Insider's Guide to Island Hopping in Southern Thailand 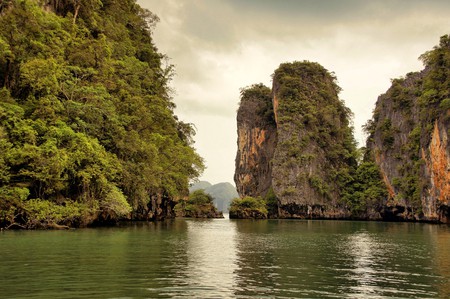 Planning an itinerary to Thailand can be an intimidating endeavor, especially when some of the top places you want to visit are only reachable by boat. Fret not, as Culture Trip is here with an insider’s guide to island hopping in Southern Thailand.

How you reach Thailand’s most coveted region will depend on a few variables, the most glaringly obvious one being your budget. Those with plenty of baht will opt to fly, as there are many airlines that go to Southern Thailand from all over the world. The main places visitors can fly into in Southern Thailand include Krabi (KBV), Phuket (HKT) Surat Thani (URT), Hat Yai (HDY), Nakhon Si Thammarat (NST), and Trang (TST). Visitors can also book flights with direct island transfers to Koh Lanta (Saladan Pier), Koh Lipe (Sunrise Beach), Koh Phangan (Thong Sala Pier), Koh Phi Phi (Phi Phi Pier), Koh Samui (Lipa Noi Pier), Koh Tao (Seatran Pier), and Yao Noi (Manoh Pier). Bangkok is one of the biggest transport hubs, making it one of the cheapest places to fly out of. It also has an abundance of flights to any one of these places. Be sure to check out Air Asia, Nok Air, and Tigerair for some of the most affordable flights. 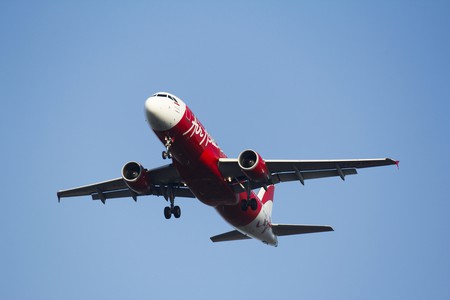 By bus or train

Those visitors with little baht to spare may instead opt to journey to Southern Thailand by bus or train. These are much more affordable, though they do take double if not triple the time a flight would. Those buses and trains that go overnight are the best bet, as you then don’t losing an entire day of travel and also save money on booking a hotel or hostel. Bus fares from Bangkok to different southern provinces can be as little as ฿600 and go up to as much as ฿1,500. 1st class buses with air conditioning are going to cost a bit more, but visitors can take advantage of the extra leg room and comfier seating. Those traveling to Southern Thailand from Bangkok will need to head to the southern bus terminal, known as Mochit. It is about a ฿60 taxi ride away from the BTS skytrain and MRT subway station Mochit. A train ride to Southern Thailand takes about 12 hours and costs about ฿1,000. The train station is at the MRT station Hua Lamphong, and it is there visitors can purchase tickets to head down south. 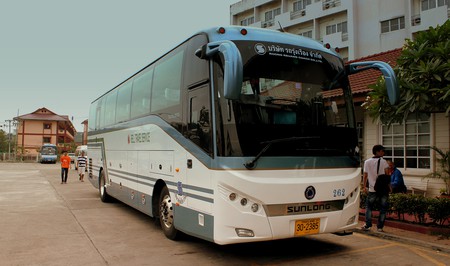 Try to avoid heading to Southern Thailand during the months of July to about October. This is considered to be the monsoon season, and the islands are known to flood. If you do find yourself in Southern Thailand during these months, be sure to head to Phuket Town in October. This is when the country celebrates the Festival of the Nine Emperor Gods, otherwise known as the Vegetarian Festival. The festivities held in Phuket Town are absolutely unreal, with painful parades and rituals held throughout the week. 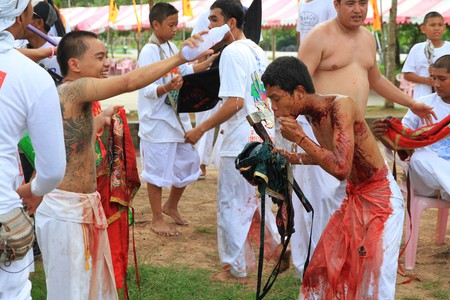 Washing off the blood Phuket Vegetarian Festival 2010 Courtesy of Binder.donedat/Flickr 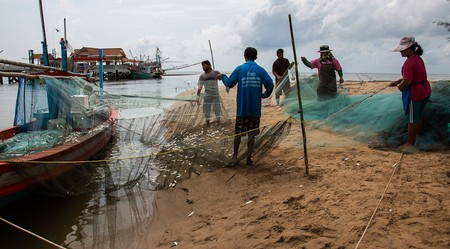 As the most famous of all the islands in the Andaman Sea, the first destination on travelers itineraries to Southern Thailand is oftentimes the island of Phuket. The island seemingly has it all, from epic nightlife venues to stunning beaches. Visitors can check out the Buddhist temples, some of Phuket’s amazing beaches, and spend a night on Bangla Road drinking one too many booze-filled buckets. Tool around here for a few days before heading to the next island on our itinerary: Koh Phi Phi. 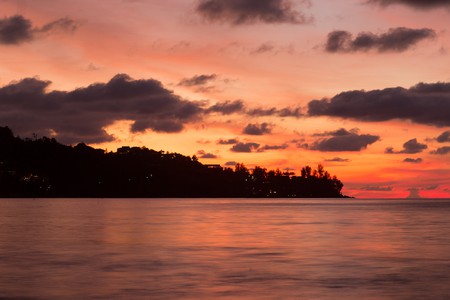 Koh Phi Phi is known for its party atmosphere, however, those visitors who need a break from the booze will find that the island has plenty of things to see and do which do not revolve around alcohol. The beaches are awe-inspiring even when there are loads of bikini-ridden tourists found sunbathing on the sand. Journey to one of the island’s viewpoints or go on a snorkeling tour to some of the best spots around the island, including the famous Maya Bay or monkey infested Monkey Island. 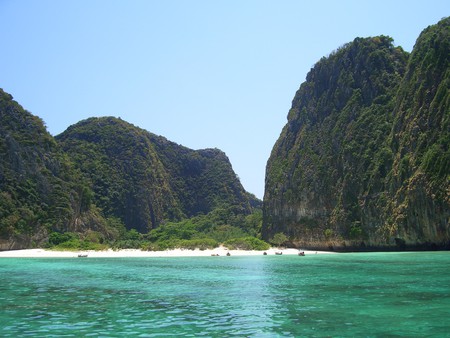 Maya Bay Courtesy of Will Ellis/Flickr

Take a break from all of the partying and catch a ferry to Koh Lanta from Koh Phi Phi. A few sporadic jungle parties and hole in the wall bars offer night owls ways to fill their time after dark, however, the best thing to do on the island of Koh Lanta is absolutely nothing. The island in comparison to its neighbors is also relatively flat, making it easier for visitors to rent a scooter and zip around to the top sights. Be aware, however, that the roads are less than pristine, so wear a helmet! The island is equipped with a quaint night market and the Koh Lanta Marine National Park, which is a great spot for a day trip for kayaking, snorkeling, and more. 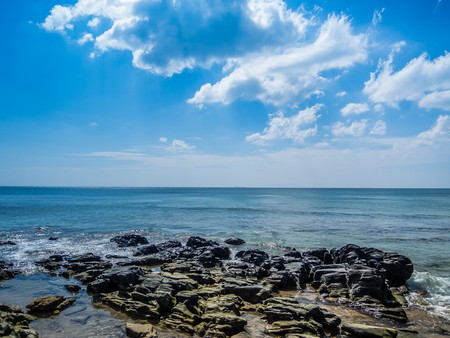 Those visitors with some extra time on their hands need to make their way to Koh Lipe. Located in the south of the Andaman Sea, it is one of the closest islands to Malaysia. Boats run from Koh Lanta to Koh Lipe about twice a day. Koh Lipe, meaning Paper Island, used to be only inhabited by the Chao Lae, better known as Thailand’s sea gypsies. The island’s incredible beaches and diving sights have made it a top destination for those travelers who have time to journey down to this island. 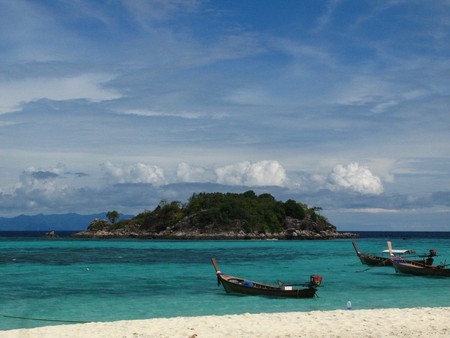 From Koh Lipe, visitors can make their way to Krabi. There are two main areas in which stay. Krabi Town is equipped with a great market for food as well as plenty of accommodation options, however, it is a bit further from the beach. Those hoping to stay oceanside should instead make their way to Ao Nang, where visitors can take longtail boat trips to surrounding, smaller islands or grab a boat to Railay for the day. Ao Nang itself does not have any nice beaches, but it is within a short boat ride from some of the most stunning scenery in the world. 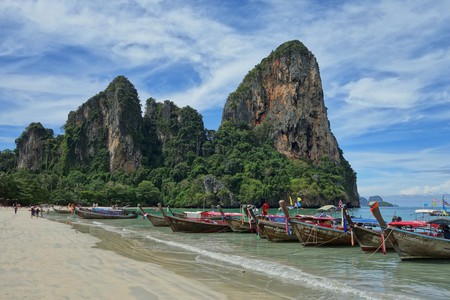 The Gulf of Thailand

The three main islands visitors will want to frequent on the Gulf of Thailand include Koh Samui, Koh Phangan, and Koh Tao. Koh Samui is the most unpopular of the three, as it is seemingly filled with wrinkled old expats who zip around shirtless on their scooters. Those with little time on their hands can opt to skip visiting this island altogether or simply stay here for a day or two before heading to Koh Phangan. There are a few things to see on Koh Samui, however, so be sure to check out some of the top sights such as the Big Buddha or the stunning Chaweng Beach before departing the island.

Koh Phangan, though most notoriously known for its full moon party, has so much more to offer those who visit this stunning island. It is a right of passage for backpackers to attend this drunken beach party, though the half moon party is just as fun, if not more so for those who are unable to make it to the island when the full moon party is being held. In addition to those parties, Koh Phangan has some nice diving sights (though not as nice as Koh Tao), incredible beaches, and Wat Khao Tham, a lovely temple for those who have yet to set eyes on one of Thailand’s many religious structures. From Koh Phangan, visitors will make the two-hour journey or so to Koh Tao, it’s much smaller yet just as stunning neighbor.

Koh Tao is best for those hoping to explore Thailand under the sea as opposed to on land. Equipped with the best diving sites in the world in addition to having some of the cheapest and best diving facilities, you cannot go wrong with either diving for the first time or furthering your training under the sea. In addition to dive sites, the island has a plethora of bays for those who would rather snorkel, with plenty of coral and marine life to see just meters from the water’s surface. 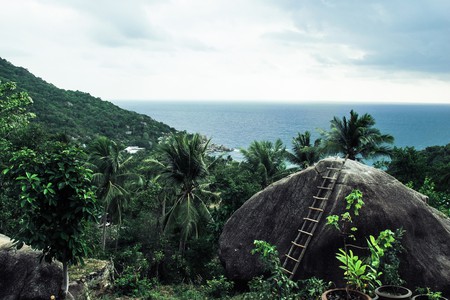 Visitors can always start at Koh Samui, make their way through the three main islands, then take a night boat to Surat Thani to Phuket. The night boats are surprisingly comfortable and are less than ฿1,000. Upon arriving in Phuket, journey to Koh Phi Phi, Koh Lanta, Koh Lipe, and finally to Krabi. Regardless of the journey, it is sure to be a memorable one in the amazing region of Southern Thailand.