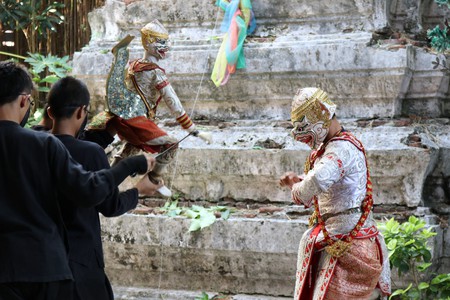 Traditional Thai puppetry, like many art forms slowly fading from Thailand’s cultural scene, is still amazing and highly entertaining for those lucky enough to catch a glimpse of a performance. Here is all you need to know about the history of the Thai puppet theater.

Thai puppetry, known as hun lakhon lek, is an ancient art form similar to Japanese buruku puppetry. Each puppet, usually just under a meter long (3.2 feet), is controlled by three people with a rope and pulley system, which help make the puppet look as if it is gracefully dancing on stage. The shows are usually accompanied by both music and a narrator who normally tells a story derived from the Ramakien, the Thai version of the Hindu Ramayana.

The puppeteers are masters at making these objects come alive during a performance, and anyone who views a show will soon forget there is someone behind the colourful and lively puppet as it seemingly takes on a life of its own. Thai puppetry performances are put on for festivals, fairs, and other special events, as well as a handful of theatres across Thailand. 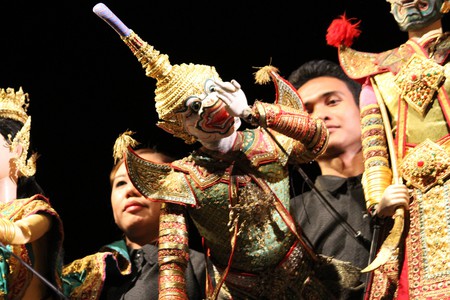 Thai puppetry has been around for about 300 years, the earliest recorded account of it being in 1685. Shows were often performed for the monarchy and were extremely popular during King Taksin’s reign in the late 1700s. The country lost interest in the art around World War II, but in 1995, the art form made a huge comeback with the construction of Nattayasala Hun Lakhon Lek (Joe Louis Thai Puppet Theatre), the first Thai puppetry theatre in Bangkok. Despite the resurgence, however, it is not practiced very widely. 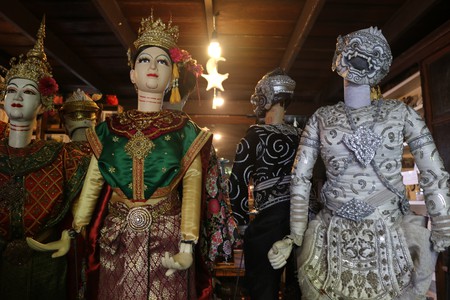 The Artist’s House in Bangkok | © Courtesy of Kelly Iverson

Puppeteers usually have a dance background and begin practicing Thai puppetry at a young age. During a performance, one puppeteer oversees the head and left arm, a second controls the right arm and a third controls the puppet’s feet. These puppeteers normally wear all black and oftentimes put on masks to make their presence felt less by the audience. 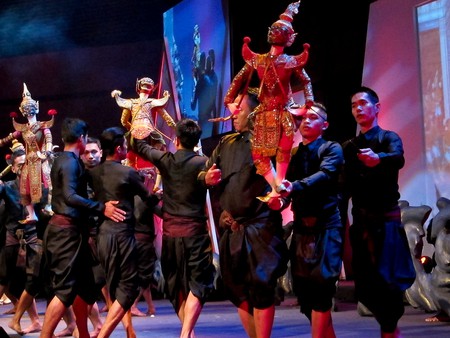 Most puppets have a full torso with arms and legs, and some can even be manipulated to move their fingers. Some are made to look like kohn dancers, a traditional Thai masked performance.

Four main types of Thai puppets that are used in puppetry performances: hun krabok, hun luang, hun wang na and hun lakhon lek. Hun krabok are half-bodied puppets, which means they don’t have legs. Hun luang are normally used in shows put on for the monarchy; hun wang na replicate the royal puppets and so are rarely used in performances. Hun lakhon lek is a smaller, simplified puppet created by Kru Krae Suppawanich. 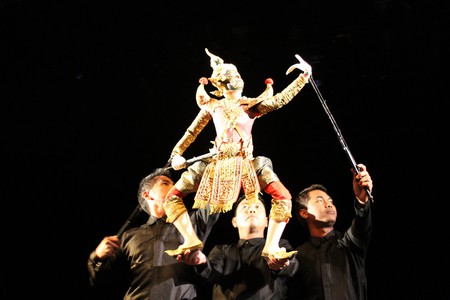 Where to watch a Thai puppet performance

There are only a handful of places where visitors can view these traditional Thai puppet performances. One of the best venues is the Artist’s House, located along one of the canals of Bangkok in the old capital of Thonburi. The 200-year-old house is a dual coffee shop and performance venue, with Thai puppet shows held every day but Wednesdays at 2 pm. The performance takes place in front of the old chedi found here. The performers only speak Thai, but a narrator does come on stage every so often to explain to visitors what they are watching.

The Joe Louis Puppet Theatre is also found in the capital at Asiatique the Riverfront. The troupe that puts on these shows received the Best Traditional Performance Award at the 10th World Festival of Puppet Art in 2006, and it continues to awe audiences with their lifelike puppet performances.