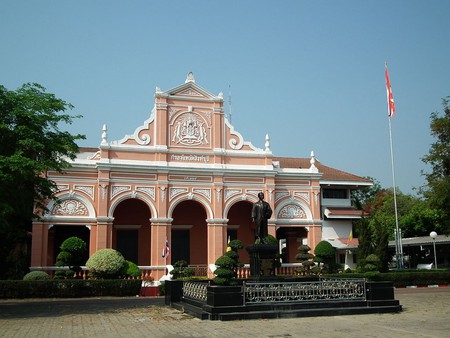 Singburi, a small province in Central Thailand, is often referred to as Thailand’s “Spiritual Heartland”. A land of heroes, temples, and rice fields, the “Lion City” sees relatively few tourists. Here’s everything you need to know to plan a visit to the province.

Local buses (blue and white) and minivans run between Mo Chit Bus Station in Bangkok (the Northern Bus Terminal) and Singburi’s main bus station every day from early morning until early evening. Local transportation also connects Singburi with surrounding provinces, including Ayutthaya (buses and vans stop on the highway), Lopburi, and Suphanburi. Singburi does not have a railway station; the closest train stations are in Lopburi (Northern Line) or Ayutthaya (Northern and Northeastern Lines). 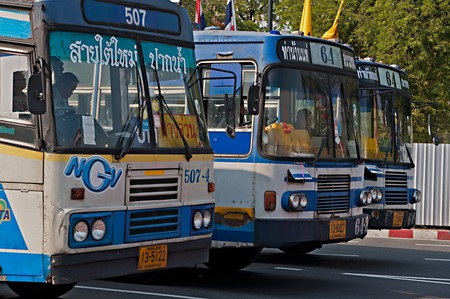 Singburi Province is divided into six districts: Mueang (centre), Inburi, Bang Rachan, Khai Bang Rachan, Tha Chang, and Phromburi. The districts are further split into 43 sub-districts, known as tambon in Thai, which each have a number of villages (moo bahn). Each of Singburi’s six districts has something of interest for visitors.

Small local buses and scheduled songthaews (converted pickup trucks with two benches in the back) connect most of Singburi’s districts, with many stops along the way. These can be infrequent and difficult to master, though.

Having your own private transport is often the best way to explore the district. Scooters are available to rent on a daily basis from Sahathai Singburi, located in the town centre. It is only recommended that you rent a scooter if you have the relevant license and insurance and are an experienced and competent rider.

Alternatively, you can use local tuk tuks and motorbike taxis to get around; prices are normally reasonable but should be agreed on in advance of a journey. If visiting a more remote site, make sure that you either arrange a time for the vehicle to collect you or pay them to wait for you. You can charter vehicles for a whole day of sightseeing too. You’ll find motorbike taxis in strategic spots around town, identifiable by their vests, and the tuks tuks normally wait at the bus station. 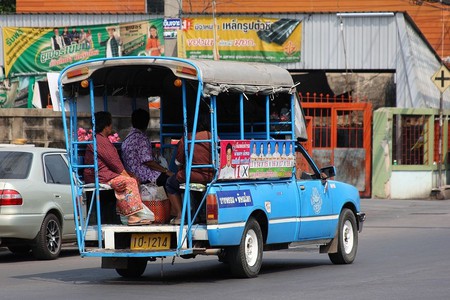 Where to stay in Singburi

Singburi has several hotels and guest houses, with the Golden Dragon Resort and Chaisaeng Palace among the more up-market options. Budget travellers who want to stay close to the town centre could consider places like the Grand Leo Hotel, the Room Residence, Baan Budsarin, Singburi Hotel, and the Chao Phraya Hotel. The latter two are just a couple of minutes’ walk from the main bus station. Elsewhere in the province, places like Mabuna Resort, Sumali Villa, and Rungaroon Resort are comfortable bases for exploring Singburi. There are also several homestays in Singburi.

Beautiful temples are among Singburi’s main attractions, with Wat Pikun Thong, Wat Phra Non, and Wat Amphawan among the most popular. There are ancient ruins, including Wat Sai, Wat Phra Prang, and Wat Na Phra That, and you’ll discover numerous other temples, both old and new, each with something a bit different to offer. Chao Mae Kuan-Im Park is a colourful Chinese-style temple, with an ornate pavilion and a large statue of Kuan-Im (Guan Yin).

Singburi has a few gorgeous examples of European architecture, like the Old Court and Town Hall, and interesting landmarks include the Town Shrine and adjacent Famous Monks, large fish statues dotted along the river, highway, and streets, and the main town clock with its fish details. 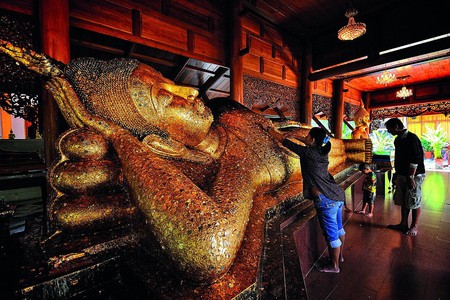 The province has several museums that are well worth adding to your itinerary. Inburi National Museum, at Wat Bot, contains archaeological finds and ancient artefacts. The Nang Yai Museum at Wat Sawang Arom has an impressive collection of traditional Thai shadow puppets. The museum at the Bang Rachan Heroes Memorial is a great place to learn more about the area’s past.

The Bang Rachan Heroes Memorial and nearby reconstructed camp remembers a group of brave men who fought hard to defend their village against Burmese invaders during the Ayutthaya period. There’s a large statue of the heroes, shrines, an ancient well, and more.

Singburi, specifically near Channasut in Bang Rachan District, was once one of ancient Siam’s premier centres of pottery production. Pottery was produced here between the 13th and 17th centuries, with around 200 kilns along the banks of the Noi River. Several ruined kilns remain today. 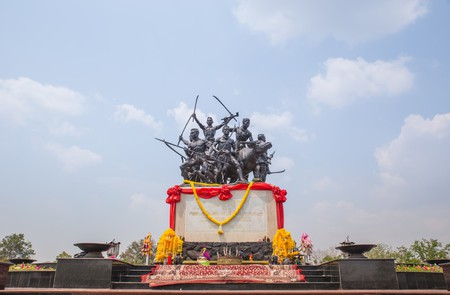 Leisure and downtime in Singburi

Although not a province known for its outdoor adventures, you can still find a few peaceful parks and pleasant outdoor spaces to relax. There’s a large public swimming pool in the town centre if you need to cool down in the heat. Want to get active? Pay a visit to the local stadium, Muay Thai gym, or free exercise equipment around town. A traditional Thai massage is a great way to feel energised and refreshed; Tatta Thai Massage in the heart of town is highly recommended. 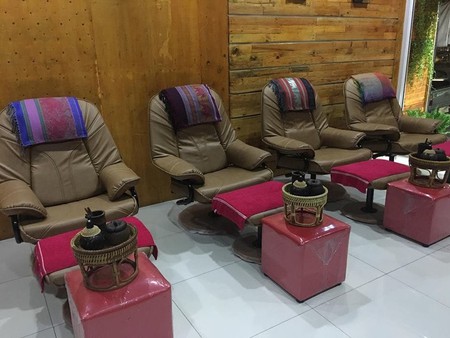 Eating and drinking in Singburi

There are many restaurants in Singburi, most fairly small and with a local flavour. There are also many spots to pick up cheap and quick street food and a number of cool cafes. Try the local speciality of pla chon Mae La when visiting Singburi; the province is famous for this snakehead fish. Other local delicacies include the sausage of kun chiang and the Chinese-style cake of khanon pia.

When it comes to nightlife, Singburi has several local-style bars, some with live music, a nightclub, and a number of karaoke joints. Most bars stick to the staples of Thai beers and whiskies, though some also sell the fruity wine-based Spy and imported beers and spirits. 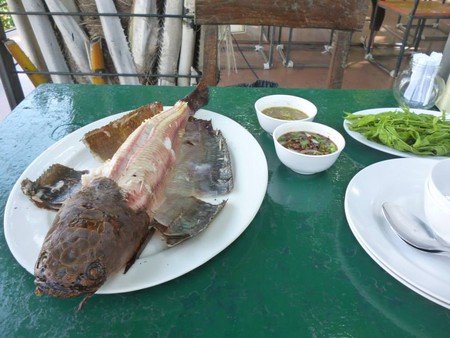 Whether you visit Singburi for a day, choose to stay for a weekend, or plan a longer trip, you’re sure to find plenty to keep you busy!