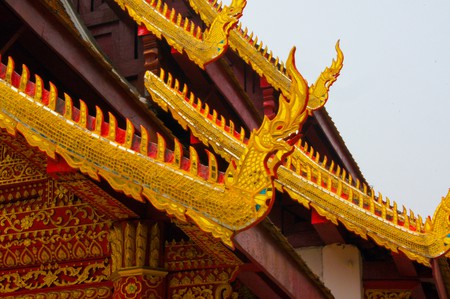 Chiang Mai is home to over 300 Buddhist temples (wats) and a host of ancient architectural delights, making it a historian’s paradise. Chiang Mai means ‘new city’, but don’t be fooled as it is teeming with architecturally stunning historic and cultural landmarks. Why not take a tour of our hand-picked favourites to explore.

Tha Pae Gate is not only the epicentre for tourism in Chiang Mai, but it is also part of the ancient crumbling city wall which once acted as a fortress around the ‘Old City’. Tha Pae Gate is one of the most significant historic landmarks of the city and dates back to the 13th century. 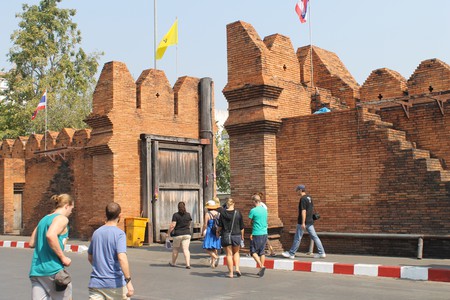 Bhubing Palace, constructed in 1961, lies approximately 22 kilometres (13.6 miles) from the Chiang Mai city centre close to the revered Wat Phra That Doi Suthep temple. Bhubing Palace, built in the northern Thai architectural style called ‘Reun Mu’ (Group of Houses), sits on stilts. The palace is the royal winter residence where members of the Thai Royal Family stay during their visits to Chiang Mai, and it features beautifully landscaped gardens that are open for the public to enjoy each Friday, Saturday and Sunday. 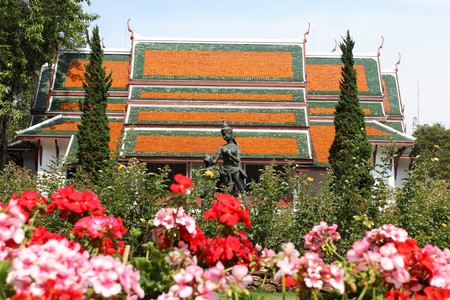 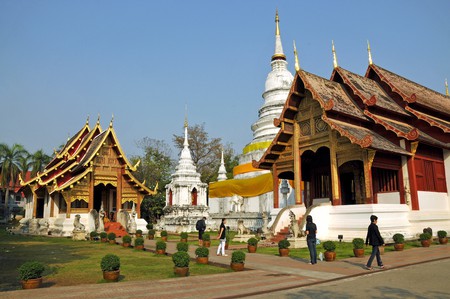 Well off the tourist trail is the hidden jungle gem of Wat Pha Lat, which translates to ‘Monastery at the Sloping Rock’. Away from the crowds, this 13th-century temple is a tranquil hideaway. Come prepared to hike approximately 30 minutes along the ‘monk’s trail’ to reach Wat Pha Lat. Explore and enjoy the serene atmosphere of the old stone buildings, intricate carvings and statues, cascading waterfall and stunning views of the city below. 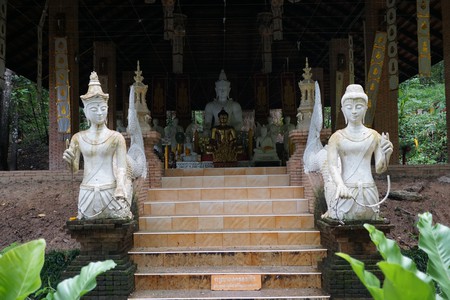 Three Kings Monument is the district where the former rulers, the ‘Three Kings’, of Chiang Mai built their palaces. The founder of Chiang Mai, King Mengrai, along with King Ramkamhaeng of Sukothai and King Ngam Muang of Payao worked together to lay out the city. Today, the sculpture of the Three Kings stands in front of the old provincial administration building (now the Chiang Mai City Art & Cultural Center) and is an iconic image representing Chiang Mai city. 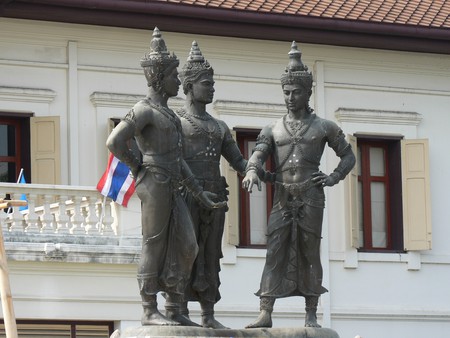 Wat Phrathat Doi Suthep, also known as ‘Doi Suthep’, is one of the most sacred temples in Thailand. Located up a winding mountain road, the original founding of the temple remains unclear. Historians believe the first stupa was built in 1383 and the temple complex gradually expanded from there. Explore the stunning temple grounds and enjoy breathtaking views of Chiang Mai city below. 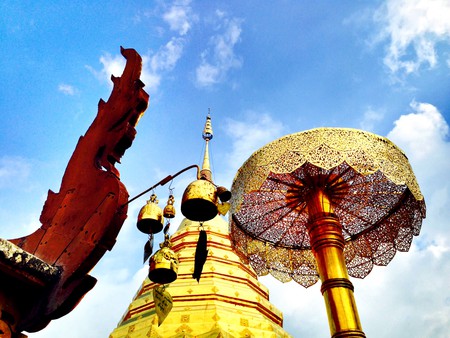