A Guide to Bangkok's Luxury Megamalls 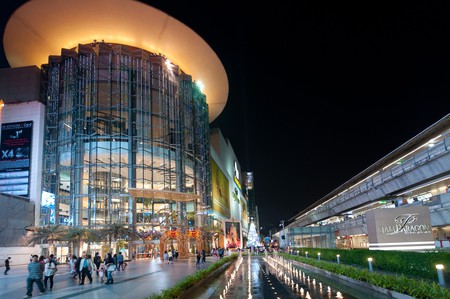 Milan, Paris, New York – these are cities that are known the world over for their fearless fashions, trendy people and luxury shopping experiences. Though in recent years, there’s a new contender for the throne – Bangkok. Bangkok has a number of luxury, high-fashion malls that can rival those in any city and, as the world’s most visited city, it might not be long until you hear it mentioned in the same breath as fashion’s elite cities. Here’s all about its luxurious megamalls.

Siam Paragon is a mall that’s featured on Thai Instagram accounts so frequently that you’ll probably know the layout already. It is the definition of a luxury, decadent megamall; immaculately presented, impossibly shiny and grandiose, it almost exclusively contains the type of high-end designer labels that dominate the catwalks around the world. Chanel, Versace and Prada all have stores here alongside many other well-known fashion empires, and there’s also Aston Martin, Ferrari and other car showrooms for those who wish to spend the GDP of a small nation in an afternoon. That said, it’s still well worth the visit; stores compete for attention with elaborate displays and there are some ordinary, more affordable stores, such as a GAP, Zara and H&M to enjoy. The Starbucks offers a great opportunity to people-watch and take a break from the window shopping, and the Aquarium presents an enjoyable way to spend an afternoon. There are several theatres here, from the regular kind to luxury and IMAX types, and a technology section if you’re in the mood for a new phone or gadget. Even if you don’t buy anything here, it’s still fun to look around, and Siam Center is just a short walk away. 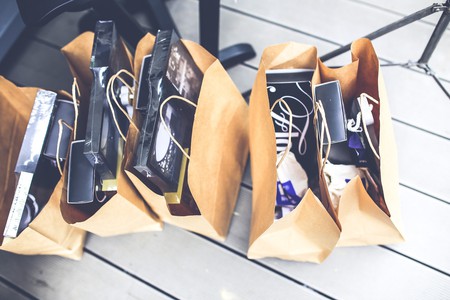 A great place to shop | © kaboompics/Pixabay

Bangkok has embraced luxury fashion over the past few years, and few places represent it better than at EmQuartier. The mall teeming with designer brands, fancy restaurants and lifestyle stores that attract not only Thailand’s high-so class but people from around the world. While the lower floors are preoccupied with designer labels, almost out of the way on the higher floors you can find high street favourites such as Zara, Uniqlo and H&M, which means this mall needn’t be just for the rich and privileged. The architecture of the complex is impressive, with gardens and waterfalls to be found among its different sections which prove as visually engaging as the shops themselves. After wandering around the many floors, the ‘Helix Quarter’ section features a large number of dining options, with many fancy restaurants offering Asian and European food spread out across a number of levels. As a luxury shopping and eating destination, it can get expensive – but it’s quite the experience. 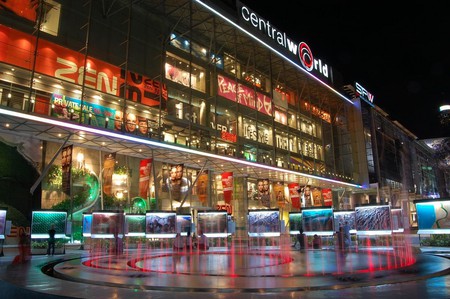 As the biggest mall in Thailand, CentralWorld certainly puts the “mega” in megamall. To put it into perspective, at 830,000 square meters it’s 30% larger than any other mall in Bangkok, with over 500 stores, more than 100 restaurants and countless other attractions such as cinemas and a food court. Across its floors, designer brands can be found but it’s more of a mall for everyone, with kids stores, Thai brands and the regular high street stores all competing for business under the same roof. There are spas and fitness suites to be found too, as well as children’s play areas to keep them from complaining. It’s a treat on the eyes, well-lit with natural light and thought-out artistic displays proving to be welcome respite from staring at shop after shop. With its large number of shopping, eating and drinking options, coupled with a number of cinemas, it’s quite easy to spend the best part of a day here – perfect for rainy days in the capital. Accessible directly from the BTS. 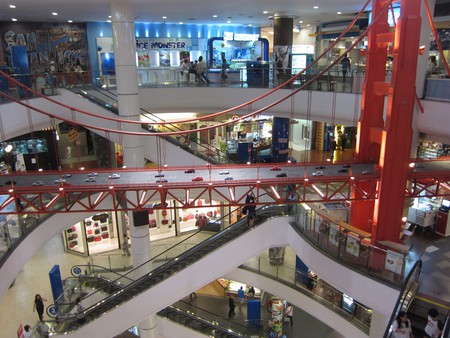 One of the attractions of Terminal 21 is the unique ability to travel the world while remaining under the same roof. Taking its Terminal title literally, each floor carries the theme of the city it is named after – right in the heart of Bangkok, you can wander down London’s Carnaby Street, between scenic houses in Tokyo and even take in the view of the Golden Gate Bridge when dining on the San Francisco floors. It’s fun and unique, and is a welcome break from the monotony that is the shopping experience in other malls. Gimmicks aside, it’s a serious destination for keen shoppers, with over 600 stores, a supermarket, eateries and a cinema to be found here. Well-known brands and cheaper options are available, and it’s the same story with food – both pricey restaurants and a cheap foodcourt can be found at Terminal 21. Come for the concept, stay for the shopping. 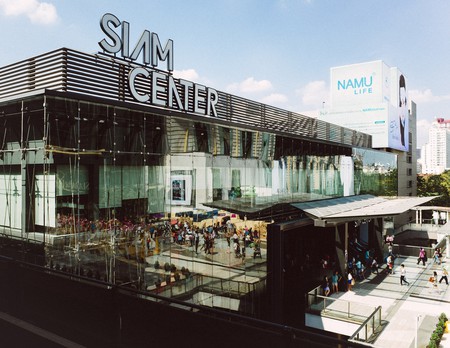 Perfect for young, trendy shoppers, Siam Center is connected to the fancy Siam Paragon mall and is pretty much its affordable younger brother. Upon entering, visitors are greeted by Thailand’s largest Forever 21 store, and it sets the tone for what can be found inside. While it may have Forever 21, Nike and Levi’s, it also features a number of Thai stores too, such as Jaspal and Greyhound, where shoppers can purchase clothes that they might not be able to find back home. A leisurely exploration rather than a rigid plan is the best way to shop here; some stores are wonderfully presented and enticing, and there are a number of hip Thai brands making names for themselves here which you may otherwise miss out on if you’re not specifically planning to visit them. There’s a foodcourt here too, though rather than it being bland and uninspiring it’s a little bit more upmarket, with a number of different vendors serving up tasty international dishes that are perfect fuel for starting an afternoon of shopping – or a great way to finish it. 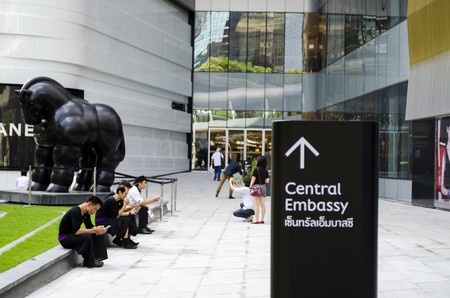 Much like Siam Paragon, Central Embassy didn’t have regular people in mind when it was built and occupied, with a high concentration of brands whose prices easily run into the tens of thousands of baht. Taking its name from the former British embassy building it was built on, it’s a visually striking building, stretching its warped, metallic, futuristic design high into the sky and with a clean, minimalistic theme running through its interior. Although the list of stores reads like the who’s-who of fashion week, there are a number of affordable places to eat here that won’t break the bank as well as more upmarket restaurants too. The Open House section on level 6 features a book store, cafe and wide, open spaces to take a break or work on something, serving as a peaceful retreat from the shopping below. The best spot in town if you’ve got cash to burn and an empty wardrobe that needs filling with Prada, Givenchy, Vivienne Westwood and much, much more. 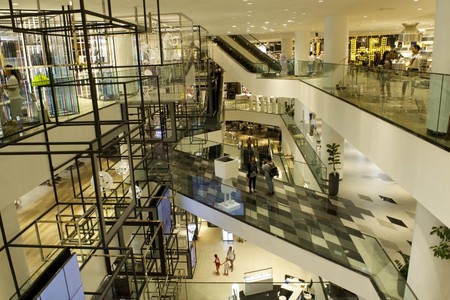 Despite originally opening in 1973, it was renovated in 2016 and is now truly ahead of the times. While there are traditional stores to be found on the ground floor, the rest of the mall is presented in a more modern concept, with items laid out in an open-plan style which may be confusing at first, but in time will make for a comfortable, natural shopping experience. Despite its impressive design and concept, there’s not the same pretentious air here as there are in other luxury malls in the city. In fact, with little in the way of barriers between stores and sections, and cash registers conspicuously missing, it often doesn’t feel like a mall at all. As well as fashion, you’ll find items for the home here as well as a food court, ice skating rink and Madame Tussaud’s museum. With a beautiful interior and unique shopping experience, it’s not one to be missed in Bangkok.