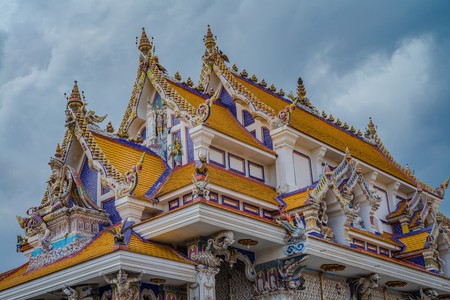 Bangkok is a splendid mix of traditional and modern juxtapositions and influences, a bustling hub of surprises. Not even the revered Buddhist temples, or wats, escape the thin line of contrasts and contradictions. Here, we take you inside the famous David Beckham Temple.

The small 30-centimetre statuette of David Beckham is believed to have been added after the monk-fan received approval from the head abbot in 1998. The football star sports a slightly different haircut than his iconic one of the time, but from his team t-shirt there is no doubt who he is. 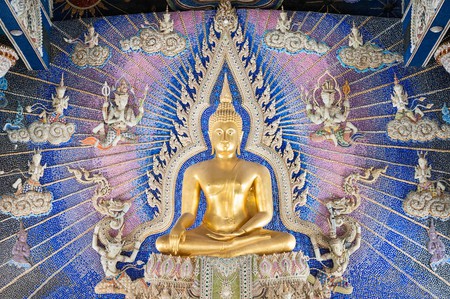 What about David Beckham and Donald Duck?

If you are keen to keep exploring, wander next door to the new Wat Pariwat. It’s currently under construction, and expected to remain that way for at least a decade longer. Here, a couple of interesting images have already been added, including an image of the childhood favourite, Donald Duck.

The section of the temple where David Beckham resides is not open every day; officially, it only opens on special occasions to the curious public. But the word on the street is that if you turn up (in appropriate temple attire) and ask around, you will be given the key to the famous spectacle outside of official opening times.