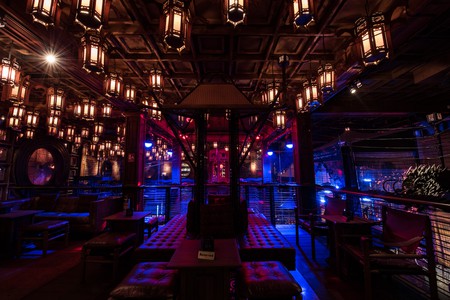 From temples that resemble those of the Khmer to Chinese-inspired decor, the influences on Thailand’s most famous architecture have been changing since the very first dynasty. The capital is an amalgamation of all of these architectural wonders, whether they came to be last year or centuries ago. Here, a design lover’s travel guide for those on the look out for the capital’s coolest destinations.

German architect, Ole Scheeren, is behind the design of the MahaNakhon, also known to many as the Pixel or Tetris building. The building debuted on August 29, 2016, and with its completion came an extravagant light show on its intricate design and the Bangkok skyline. Upon completion, the building became the new tallest structure in Thailand, coming in at a whopping 77-stories high. That is not what makes it so fascinating to some, however. The reason is gained its nickname is because of its interesting, wrapping shape, with winding, protruding squares along its entirety. The MahaNakhon apparently cost around $520 million to complete. 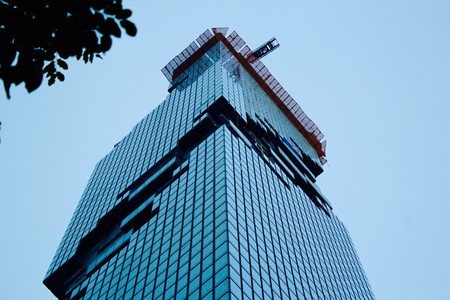 As one of the largest and oldest temples in Thailand, Wat Pho is one of the most awe-inspiring architectural structures in the capital. It is widely known for the giant golden Buddha who sits at its core, coming in at 46 meters long and 15 meters high. This is why this temple is also known as the Temple of the Reclining Buddha. The golden Buddha is not the only thing that will have designers going berserk, as there are many towering stupas intricately detailed with brightly colored tiles as well as a number of murals and Chinese statues, found in its tranquil grounds. Wat Pho is located adjacent the Grand Palace, the next structure on our list. 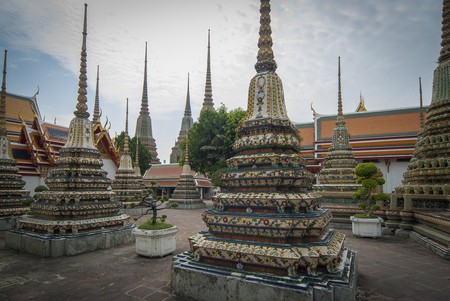 The Grand Palace is one of the most popular attractions for tourists. Construction of this architectural wonder began in 1782, and at this time, a large Chinese community was living where the temple was meant to be built. They were later moved to what is considered Chinatown today because King Rama I decided that the palace was best situated near the Chao Phraya River. Located on the same grounds of the Grand Palace is Wat Phra Kaew, one of the main reasons as to why visitors flock to this destination. This temple is also known as the Temple of the Emerald Buddha. The Emerald Buddha, or Phra Kaew Morakot, was carved out of a single block of jade. The temple is made up of stunning statues and rising pagodas, but the most noteworthy of all the structures is the Golden Buddha who sits in the ordination hall, otherwise known as the ubosot. 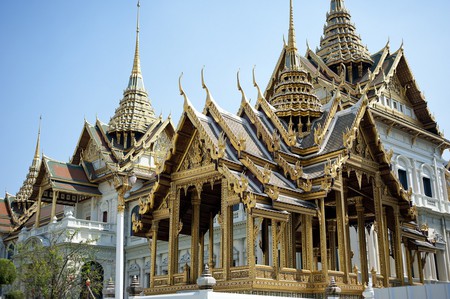 The Democracy Monument in Banglamphu may have only been given a traffic circle to show off its impressive design, but that does not make it any less noteworthy. What the monument lacks in location it makes up for in symbolism. Mew Aphaiwong, a Thai architect, and Italian artist and sculptor Corrado Feroci constructed the monument after Thailand became a constitutional monarchy. Among the symbolic features are the 24-meter high rising pillars, which symbolize the day the constitution was signed (June 24). Inside the central pedestal lies a copy of the original constitution. 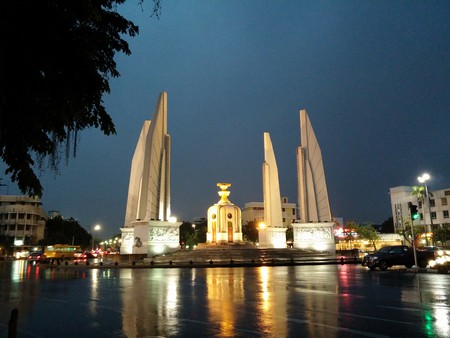 This house, rather this museum, is made up of a few different architectural designs that may actually annoy the most dedicated of designers. In order to understand the Jim Thompson House, visitors must first look at the designer himself. Thompson was an American who relocated to Bangkok after working for the Office of Strategic Services in World War II. His background was in architecture, however, he failed the actual test to become one, hence the reason he moved to Bangkok. Regardless, he oversaw all the designs to this home, which was completed in 1959. His home actually consists of six different Thai house structures, made mostly of deep red teak wood, and people were brought down from Ayutthaya to help with construction. Thompson disappeared in 1967 while hiking in Malaysia, but his house has (for the most part) remained unchanged since then. 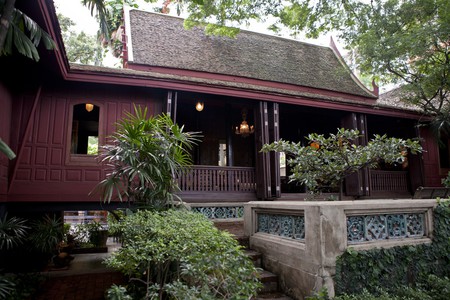 This nightclub club has much more to offer party-goers than just good beats. Sing Sing Theater was designed by Ashley Sutton, whose creative touch can be seen in a number of venues across town, including The Iron Fairies in Thonglor. This relatively new club takes visitors to an entirely different country and era, with an interior decked out in old Chinese paraphernalia. The club opened in 2015, and already it is a go-to night attraction for those tourists and designers alike who find themselves in the capital for only a handful of days. Its interior resembles a high-end Chinese brothel, with hanging iron cages, eerie red lighting, and paper umbrellas. With dancers and performers taking the stage (and the dance floor) almost nightly, this is one bar you will not want to miss. 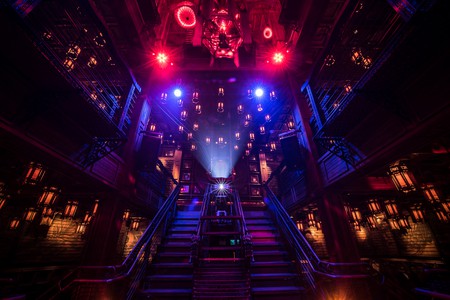 There are plenty of noteworthy sights in EM District, located off the BTS Skytrain station Phrom Phong. In addition to great shopping, a movie theater, an outstanding food court, and more, EM District is home to an indoor garden. Despite its proximity to the urban world, it is both lush and beautiful. Visitors will fall in love with the man-made waterfall, otherwise known as the Quartier Waterfall. They can also meander through the 3,000 square meter Quartier Water Garden, where they will find everything from ornamental ferns to colorful orchids and even a pond, in its lush grounds. 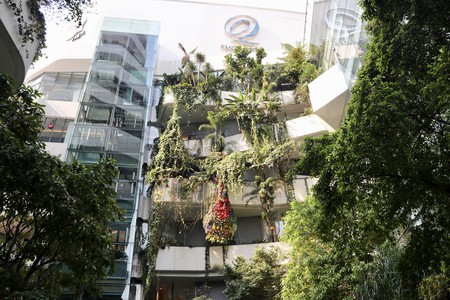 The EmQuartier | © Courtesy of Kelly Iverson

The elephant is Thailand’s national animal, one of the country’s most famous beers (Chang) is named after this majestic creature, so it may come as no surprise that there is a building in Bangkok shaped like… you guessed it: an elephant. The Elephant Building, or the Chang Building, came to be in 1997. It is the largest elephant in the world (architecturally speaking, that is). Standing at 335 feet high, it towers above buildings, shops, and a mall in the Chatuchak area. In addition to a set of eyes and tusks, the building is made up of a total of three large towers to give it the form of an elephant.