A Brief History of Wat Phra Kaew in Bangkok 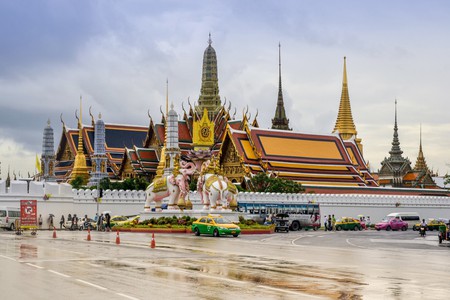 Wat Phra Kaew – otherwise known as the Temple of the Emerald Buddha – is regarded as one of the most important temples in Thailand; that’s pretty notable, considering there are some 40,000 Buddhist temples across the country. Here’s a brief history of Wat Phra Kaew.

The Temple of the Emerald Buddha is located inside of the Grand Palace in the heart of the Old City district of Bangkok. The palace grounds are split into three sections, otherwise known as courts: the inner, middle and outer court. It is in the outer court where visitors will find Wat Phra Kaew. This temple is one of the main reasons visitors flock to the Grand Palace.

Construction of the Grand Palace began in 1782, and it was shortly afterward in 1785 that the construction of the Temple of the Emerald Buddha began. It was during this time that King Rama I (King Buddha Yodfa Chulaloke) was in power, and the capital of Thailand was moved from Thonburi to Bangkok, which is why a new palace was needed in the first place. This marked the beginning of the Chakri Dynasty, of which King Rama I was the founder. 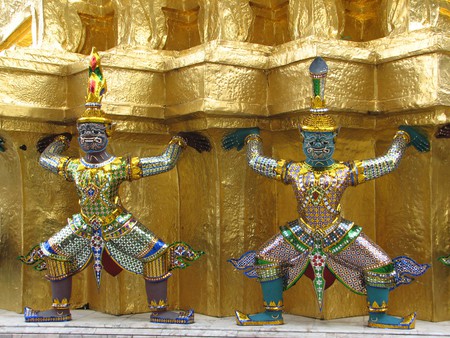 Unlike many temples in Thailand that are used mainly as living quarters for monks, the structure of Wat Phra Kaew houses many sacred buildings and objects. The temple is embellished with elaborate carvings, paintings and pagodas throughout, and is aesthetically pleasing. One could spend an entire afternoon exploring and trying to capture every detail that was put into the making of this historic temple. 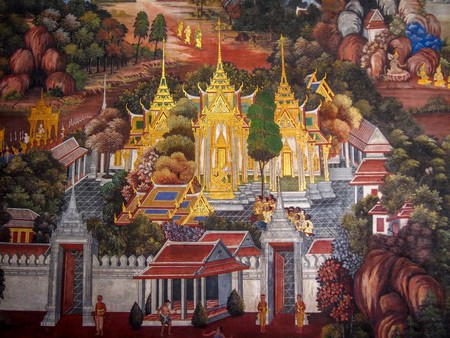 Inside the main building of the temple, otherwise known as Ubosot or the ordination hall, is where the statue of the Emerald Buddha is housed. The Emerald Buddha, or Phra Kaew Morakot, is decorated with pure gold clothing. The actual statue is not made from emerald, as some believe, but was actually carved from a single block of jade. There are multiple stories and legends about where the Emerald Buddha came from; some believe it was created in India in 43 BC in the ancient city of Pataliputra, while others believe it originated in Sri Lanka. 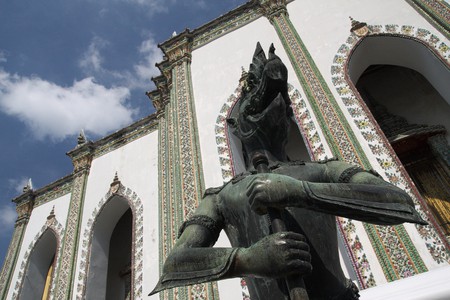 Its emerald-green exterior sits multiple platforms above the ground, and it can be seen from the doorway to where it sits. No visitors are actually allowed to touch or get close to the Emerald Buddha. The Emerald Buddha is only about two feet tall, but don’t let its size fool you – it is one of the most highly regarded and significant buddhas to the Thai people. It is believed that those who worship the Emerald Buddha will obtain good luck in return. 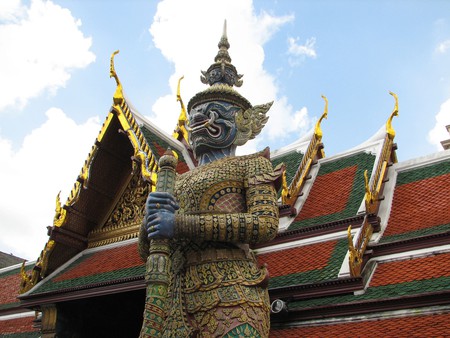