7 Films To Watch Before Visiting Thailand 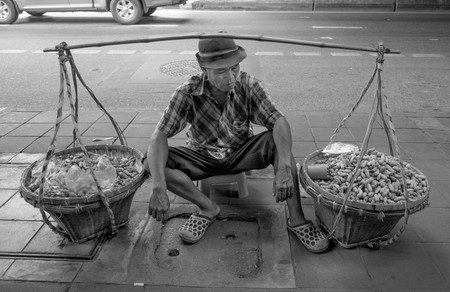 Movies can provide travelers just the right amount of transparency into the lives of those living in a different city or country. We can listen to the language through films, get an idea of the geography, and even get informed as to what a country’s beliefs and religion are through the comfort of a screen. If you don’t have time to learn everything you could possibly know about Thailand before hopping on your red-eye, no problem. Grab some popcorn instead and curl up while watching one of these epic films, set in cities across Thailand.

Pull the curtains and grab a friend to watch the Thai horror film, Shutter. This movie is in Thai, but reading the subtitles is a great way to make the movie seemingly less scary, as your eyes flick back and forth from the action to the English subtitles. After a night spent drinking with friends, Tun (Ananda Everingham) and his girlfriend Jane (Natthaweeranuch Thongmee) hit a woman with their car while driving home. Instead of helping her, the two panic and leave her for dead. Strange events follow this horrific accident, and Tun, who is a photographer, starts to see mysterious things in his developed photos. A series of plot twists unfold throughout the movie, and you’ll continue to be surprised up until the very last scene of this Thai horror film.

If the city of Kanchanaburi is on your travel itinerary while exploring Thailand, The Railway Man is a must-see movie. Starring some pretty big names, including Colin Firth and Nicole Kidman, this tearjerker will have you with tissues in tow for the entirety of the film. The Railway Man tells the story of a broken man who can’t seem to move forward in his life because of his horrific experiences during the Second World War. Eric Lomax (Colin Firth) is newly married to Patti Wallace (Nicole Kidman), but it’s not long into their marriage that she notices her husband is not acting like himself, suffering from the trauma he experienced at the hands of the Japanese military as a POW in Kanchanaburi, Thailand. This movie gives viewers a glimpse into what life was like having to build the Death Railway during this time of war. The film is not only well made but extremely informative and will leave you unable to look away until the credits roll. If you’re going to watch any movie before coming to Thailand, it should be The Railway Man.

Tropical Malady is romantic yet dramatic, with interesting twists throughout. This 2004 film is broken into two parts. The first half of the film follows the love story of a country boy named Tong (Sakda Kaewbuadee) and a soldier named Keng (Banlop Lomnoi) in the countryside of Thailand. There’s a large pause between the two halves of the film, where viewers are left confused for a moment (or two) before the second part of the film begins. The second half of the film focuses on a spirit who is nothing but trouble for a soldier who finds himself lost in Thailand’s jungle. Directed by Apichatpong Weerasethakul, this film won the Jury Prize at the 2004 Cannes Film Festival.

You may have already seen this classic movie, but we suggest watching it again before arriving in Thailand. The Hangover Part II follows three friends as they, once again, wake up without any memory of the previous night. Starring some big names, including Bradley Cooper, Ed Helms, Zach Galifianakis, Ken Jeong, and more, this tale of three men struggling through Bangkok will surely have you laughing for the full one hour and 42 minutes. From ladyboy strip clubs to underground tattoo parlors, this movie pretty much nails the dark side of Bangkok in a humorous, engaging film.

Uncle Boonmee Who Can Recall His Past Lives

If you love a good ghost story, this is the movie for you. Uncle Boonmee is dying at the hands of his failing kidneys, and in this weakened state, he sees the ghost of his late wife and son. Uncle Boonmee Who Can Recall His Past Lives received the Palme d’Or at the Cannes film festival in 2010. The film touches upon a number of Thailand’s traditions and turmoils, including Buddhism, the belief in reincarnation, and Thailand’s treatment and suppression of communist insurgents.

Viewing this movie could make you feel one of two ways. The first being you simply can’t wait to see the craziness that is Bangkok. The second being you want to stay as far away from the city as possible. Only God Forgives was released in 2013, and exposes a dark, violent, prostitute-ridden Bangkok. Watch as Julian (Ryan Gosling) thrives as a drug smuggler in the City of Angels. If you didn’t think his life could get any more complicated, think again. After his brother is murdered, Julian’s mother (Kristin Scott Thomas) comes to Bangkok to avenge her son, all the while expressing her deep disappointment in Julian for not seeking revenge himself. While we hope this movie is not entirely too realistic, as the majority of its characters walk around, sword in hand, chopping up Bangkokians all over the city, it certainly was an interesting film to watch before heading to the City of Angels.

This book-to-film adventure drama has become a must-see for anyone visiting southern Thailand. The Beach was directed by Danny Boyle, most famously known for his work on films including Trainspotting, Slumdog Millionaire, and Steve Jobs. Based on the book by Alex Garland, The Beach follows the journey of a young man who escapes to Thailand with hopes of finding adventure. The film opens with scenes of him exploring Bangkok, with tuk-tuks and crowded streets that perfectly capture the city’s hectic nature. From here, he decides to follow a map to the south of Thailand, in hopes of finding a secret island. It is said that this film put Thailand on the tourist map, and visitors have flocked to these same islands ever since they saw Leonardo DiCaprio swimming on screen at some of these amazing destinations. If you’re planning on lounging on some of Thailand’s most beautiful islands, specifically Koh Phi Phi, you must watch The Beach.