5 Urban Legends You Will Hear in Bangkok 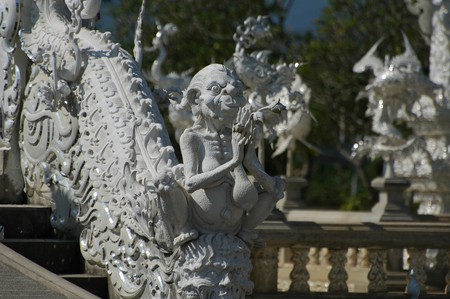 Urban legends sometimes have underlying eerie truths, while others seem too mystical or otherworldly to be true. Decide for yourself when you hear these five urban legends from Bangkok.

Otherwise known as the Ghost Tower, the Sathorn Unique Tower has become quite popular amongst those who are superstitious and visiting the City of Angels. The tower is now an abandoned skeleton of what was supposed to become some of the most luxurious living spaces in the city. The 1997 Asian Financial Crisis set the Ghost Tower’s sad fate in motion, and the towering building became a place for photographers and tourists to explore. There are a number of reasons as to why the building is apparently haunted, including the death of a Swedish man by suicide whose body was found inside the abandoned tower. Another reason is because the architect of the building, Rangan Torsuwan, was arrested for being part of an assassination plot but was later acquitted in 2010. The building is also said to have been built on ancient burial grounds, but that is just a rumor, of course. 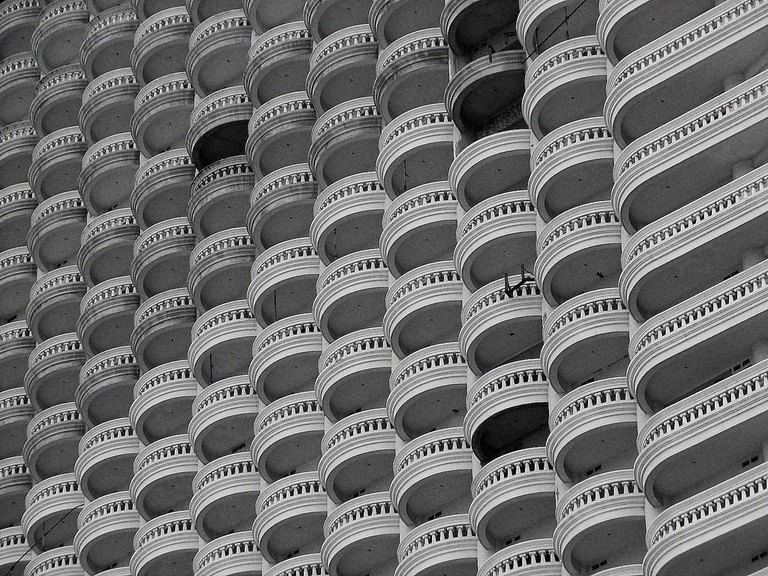 Rooms with a view | © Courtesy of Earth-Bound Misfit, I/Flickr

One of the Kingdom’s most popular ghosts is that of Mae Nak and her child. The story takes place in 19th century Bangkok. The capital used to be known as the Venice of the East because of the many waterways and canals that cut through the city, most of which have been filled in because of Bangkok’s now urban decor. Back then, however, the city was a crisscrossed checkerboard of waterways. 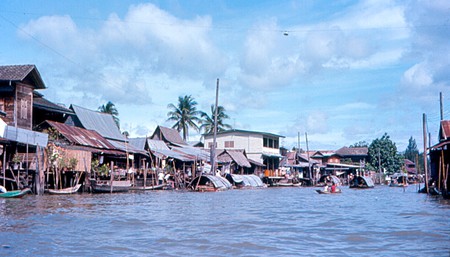 Nak and her husband Mak lived along the banks of these waterways. When Mak was forced to serve his country in war, he was injured and had to receive care for quite some time… away from his wife. It was during this time that Nak went into labor, and she died during childbirth along with her son due to complications. Some believe that her love for her husband was so strong she refused to cross over when she died and instead became a ghost, and others believe her attachment was so strong that a physical body actually manifested. Regardless, Mak returned home, blissfully unaware of the death of both his wife and child. Those neighbors who tried to warn him that his wife was dead were killed by Nak, as she tried to keep her husband from knowing she was a ghost. Apparently, Mak came to know the truth as his wife was making lunch. After dropping a lime, she reached her hand out to retrieve it, which then became elastic and grew in length. It was then Mak realized his wife was a ghost. He ran to a nearby village to seek refuge and tell the monks living there what had happened. There are several versions of what followed, but the most popular is that she was trapped in a jar by an exorcist, thrown into the river, and never seen again. This was after she went on yet another killing spree, however. The tale is so popular, in fact, it has been made into several different films.

Never did a toy carry so much significance. Visitors to Thailand may come across lifelike dolls being treated as if they were real children. These dolls are known as luk thep, meaning child angels. Many Thai people are proud owners of these dolls in the hope that they will bring good luck and prosperity. Owners believe the dolls to be possessed by friendly spirits, and that they bring good luck when times get hard. The closer an owner resembles their own doll, the more luck it will bring to that person. The spirits enter the dolls through blessings given by Buddhist monks, who say a prayer and have an anointing ritual, otherwise known as plook sek. 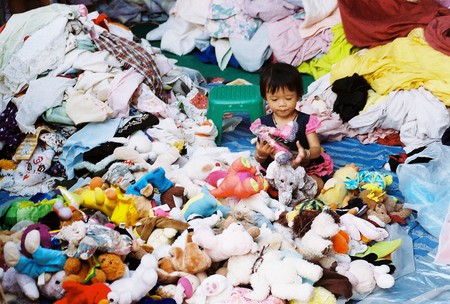 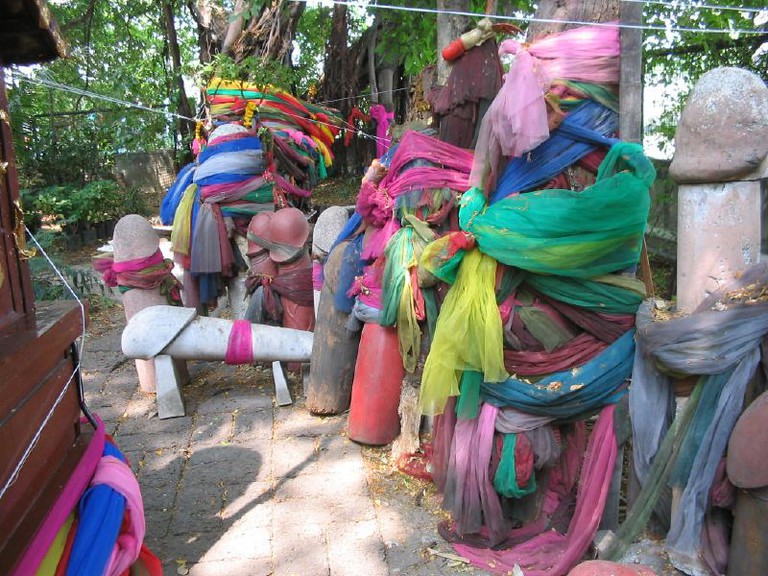 Penis Shrine | © Courtesy of Jed Scattergood/Flickr
In Thailand, some believe that women’s fertility is boosted by visiting the Chao Mae Tuptim Shrine. Otherwise known as the Bangkok Phallic Shrine – said to honor the female fertility spirit, Chao Mae Tubtim. It is a strange compilation of penises, of varying shapes, sizes, and colors. Women who want to become pregnant leave things like lotus flowers and jasmine. Those who are successful and become pregnant after visiting this shrine usually return to it and offer a new phallus in thanks.
Open In Google Maps
Song Wat Road, Khwaeng Samphanthawong, Khet Samphanthawong Krung Thep Maha Nakhon, 10100, Thailand
+6622352486
Give us feedback

Lak Mueang, also known as the City Pillar Shrine, is so much more than that. Visitors to Thailand will find these in several cities, and they are usually made from teak or sandalwood. These pillars are said to house guardian spirits. The bigger the pillar, the more powerful the guardians, which protect the surrounding city from things like war and storms. The city pillar shrine in Bangkok is located in Rattanakosin, otherwise known as the Old City. Legend has it that the original Lak Mueang was built in the wrong place, but it was moved after three snakes came out of the ground as a warning. Some believed that this was a sign that Bangkok would not remain the capital of Thailand for long. Today, many Thais go to Lak Mueang, just as they would a temple, to pray and offer things like food and flowers to the spirits. 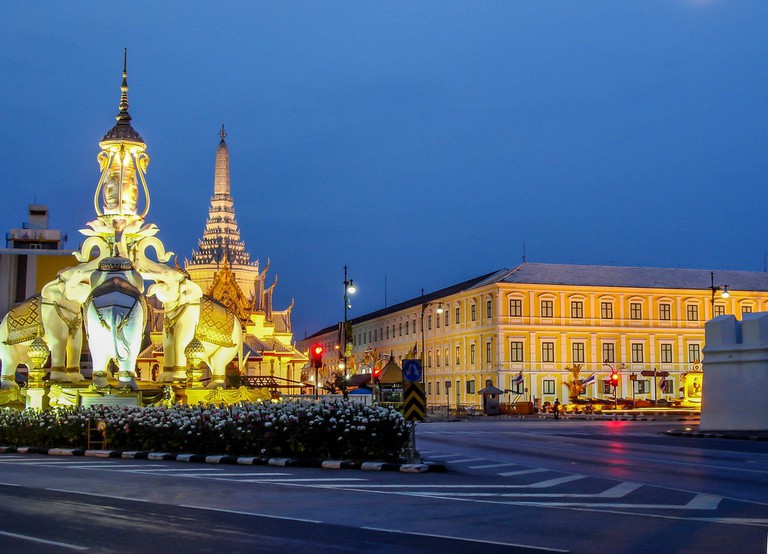