5 Films You Didn't Know Were Shot In Thailand 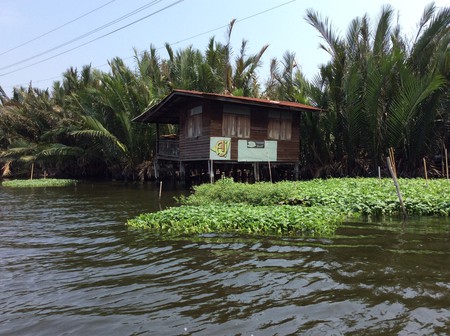 Thailand is a remarkable place, with distinguishable landscapes and landmarks throughout. That being said, many of films we are familiar with were actually filmed in the Land of Smiles, we just didn’t know it. Here, five films you did not know were made in Thailand.

This 2007 drama has yet to be forgotten, with an all-star cast making it a gripping movie that allowed viewers to get a feel what it was like to be a gangster in the U.S. in the late 1960s. That being said, this movie was not just shot in the US of A. Frank Lucas (Denzel Washington) decides to smuggle drugs, the infamous blue magic, back into the country after returning from the Vietnam War, but he actually gets the drugs from dealers in the Land of Smiles. Most of the filming took place in New York, but the movie wrapped up in Thailand.

The entire family remembers Kumal and Sangha, the two tiger brothers separated when they were cubs only to finally reunite a year (an entire movie) later. Flashes of famous temples throughout Two Brothers in Cambodia can make the viewer believe that this movie was indeed filmed entirely in Siem Reap; however, the actual filming took place in Cambodia, a handful of French studios, and, of course, Thailand.

The Killing Fields, or Choeung Ek, are located just outside Phnom Penh, Cambodia. The movie, The Killing Fields, is about this burial ground of sorts, where thousands of innocent lives were taken by the Khmer Rouge. The Khmer Rouge wanted to eliminate everyone with an education and rid the country of identities, thus having a pure, Khmer society. The film portrays this, as one of the main characters in the movie, Cambodian journalist Dith Pran (Haing S. Ngor), pretends to lack intelligence when he is in captivity in order to save his own life. Almost all of the movie is based in both Cambodia and New York, however, filming also took place in Thailand. Ngor was a real-life survivor of the Khmer Rouge and escaped to Thailand, but not before they killed his entire family. He was later shot and killed outside of his apartment in California.

Air America, an action and adventure movie, stars some major names, including Robert Downey Jr. and Mel Gibson. The duo was technically flying missions in Laos during the Vietnam War, but much of the filming actually took place in Thailand, and none of it was done in either Vietnam or Laos. The movie is both funny and informative, with Robert Downey Jr. continuing to make audiences laugh, regardless of where in the world he is is.

We find ourselves again in the heart of the Vietnam War in the movie, Heaven and Earth, the third in Oliver Stone’s trilogy of movies about this particular war. While we highly doubt that the characters were all conversing in English during this time, it is an interesting film with a relatively gripping plotline. The story is told from the viewpoint of a Vietnamese woman, Le Ly (Hiep Thi Le) who moves to the U.S. after the war to be with Steve Butler (Tommy Lee Jones). The movie was filmed on location in Vietnam and Los Angeles, but it was also shot in Thailand for about four weeks. It was a difficult shoot, between Thailand’s harsh weather conditions and attempting to portray about four decades in one movie.