Breathtaking Palaces You Have To See in Thailand

The Grand Palace | © Courtesy of Kelly Iverson
Thailand’s monarchs have been highly regarded and treated with the utmost respect by Thai people for decades. It is unlike anything you have ever seen. There are holidays throughout the year dedicated to celebrating members of the royal family; for example, the king’s birthday is Father’s Day. You can also find photos, shrines, billboards, and statues of the royal family throughout Thailand. It is because of this that it might come as no surprise that the palaces in Thailand are some of the most beautiful ones in the world. The respect for royalty is reflected in Thai palaces’ intricate detail and lavish structures. Here are the top five palaces you should see while traveling in Thailand.

About an hour’s drive north of Bangkok you will find the European-style Bang Pa-In Royal Palace, situated in the historic city of Ayutthaya. The majority of the structure was built from 1872-1889. It is split into two major zones, similar to the Grand Palace. The inner zone is off limits to visitors, as it is reserved for the king and his family. You are welcome to explore the outer zone, however, which is where royal ceremonies are held. Bang Pa-In Royal Palace is located on the banks of the Chao Phraya River, and its reflection off the water gives visitors some of the best photo ops available . It was visited frequently in the summer by the royal family, but today it is only used on special occasions for the monarchy. The palace is open from 8 a.m. to 5 p.m. 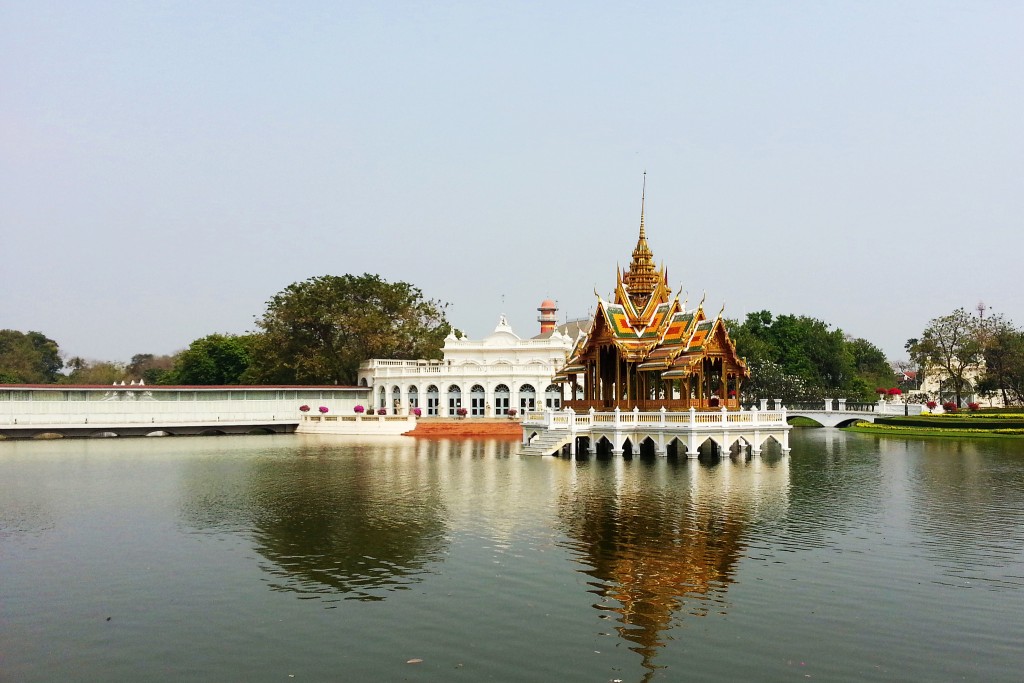 The Grand Palace is surely one of the biggest tourist attractions in Bangkok. Consisting of over 100 buildings and structures, visitors can spend an entire day exploring the grounds of this palace. Because the construction of the Grand Palace took place under the reign of many different kings, visitors will see a wide variety of architecture and styles differing from structure to structure. The palace is also home to the Temple of the Emerald Buddha or Wat Phra Kaew, which sits inside the ordination hall of the grounds. There is a ฿500 entrance fee, and the temple is open daily from 8:30 a.m. to 3:30 p.m. 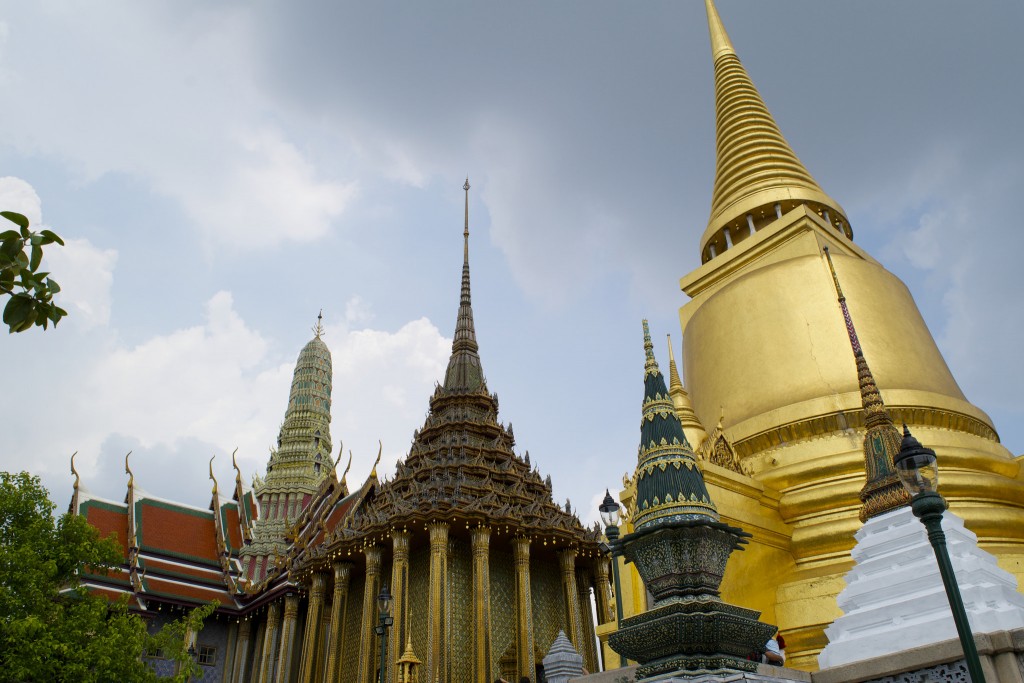 Dusit Palace is made up of many throne halls, European-inspired mansions, and other luxurious structures. Quite arguably the most beautiful structure on these grounds is the Ananta Samagom Throne Hall. This building is home to a museum and is sometimes used for state affairs. This two-story structure’s focal point is the dome that sits at its center, encompassed by six smaller domes. Paintings portraying the Chakri Dynasty cover the domes and walls. The structure was completed five years after the death of King Chulalongkorn in 1915. The Ananta Samagom Throne Hall is open Tuesday through Sunday from 10 a.m. to 5 p.m. Entrance into the museum is ฿150 or ฿75 for those with a form of student identification. There is a dress code you must follow in order to be granted access to the museum. No sleeveless shirts are allowed, and you are required to either wear long pants or appropriate length dresses or skirts. 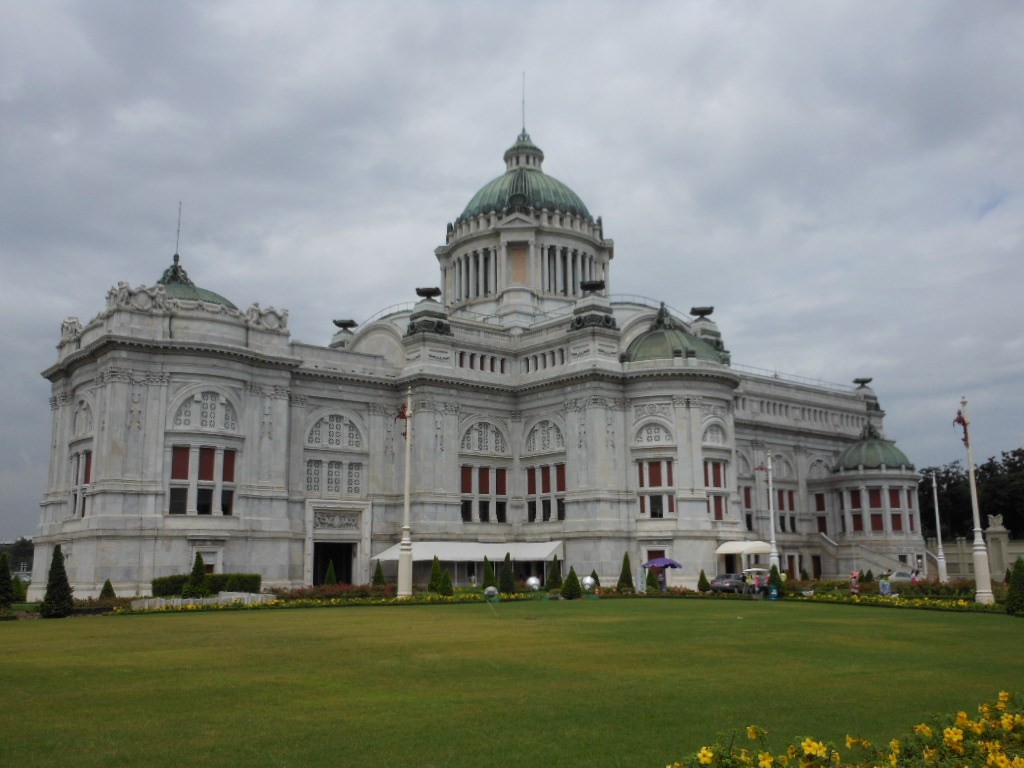 The Bhubing Palace is located in Chiang Mai, one of the most popular destinations in Thailand. It sits along the same winding road as the Wat Phra That Doi Suthep, just north of the city’s main gates. Visitors are welcome to explore the grounds when the royal family is not visiting, which they usually do during the winter season. Under the supervision of Prince Samaichalerm Kridagara, Bhubing Palace was built by the Crown Property Bureau. Construction of the palace only took five months to complete. The first ever royals to visit the palace were King Frederick the Ninth and Queen Ingrid of Denmark in January 1962. 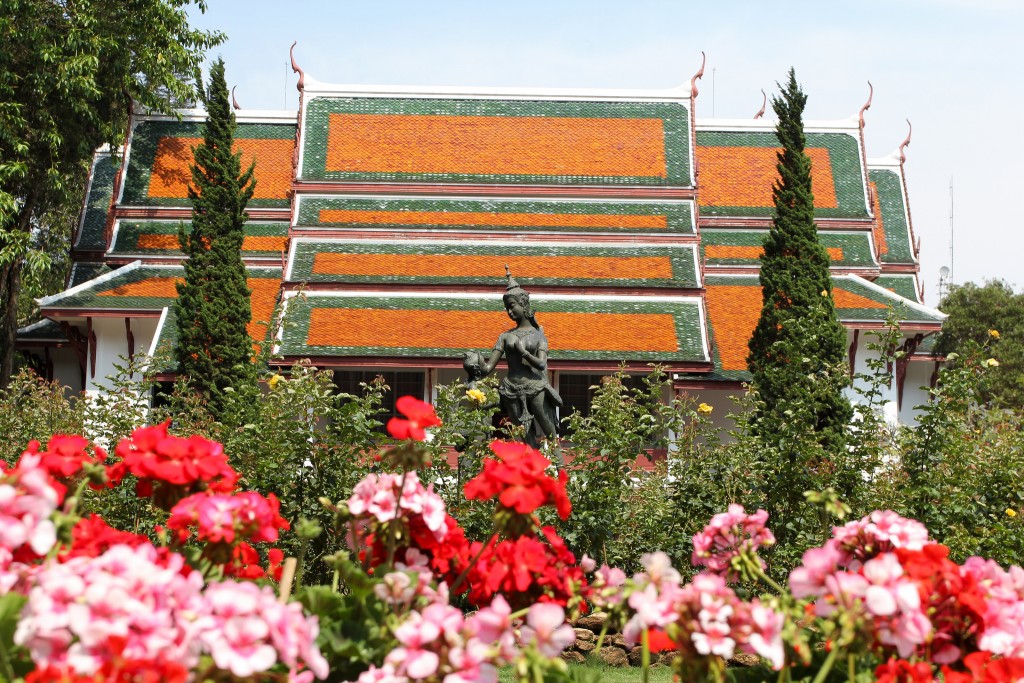 The Sanam Chandra Palace can be found just northwest of Bangkok in the Nakhon Pathom Province. The palace’s architecture is a stunning combination of both European and Thai design, and you can see these intertwining cultures in the five buildings that call these palace grounds home. Of the five residences and halls, the most noteworthy is the Chaleemongkolasana Residence because of its castle-like appearance. You are not allowed to photograph the inside of the residence, but feel free to roam around the outside to capture the buildings towers and turrets. This palace is open Tuesday through Sunday, from 9 a.m. to 4 p.m.