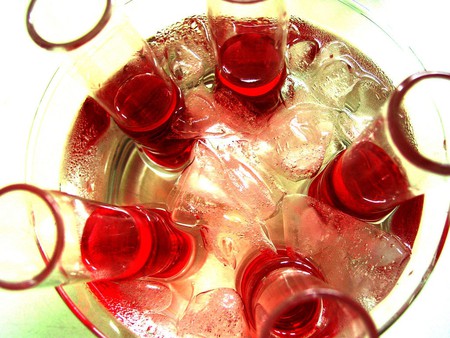 Spice up your nights out and inject some fun into your drinking sessions with some typical Thai drinking games.

Meeting up with friends for a few beers is always great, but sometimes the conversation can run dry. That’s when drinking games come in handy! Perfect as ice breakers and helping new friends from around the world to connect, have fun, and create cool memories, get right into the party spirit with some of these entertaining drinking games in Thailand.

A very basic game and test of skill is Hammer and Nails. While this game is also played in other parts of the world, it’s common in Thai bars. The concept is pretty simple: to be the first person to embed a nail into a dead tree stump. Two people have a hammer and take turns whacking the nail, pitting their aim, strength, and prowess against one another. The first one to bury the nail wins. There are two variations as to how to deal with the “loser”; one version calls for the loser to down their drink or take a shot and the other version requires that the loser buys a drink for their opponent. When playing this game, remember to exercise caution! 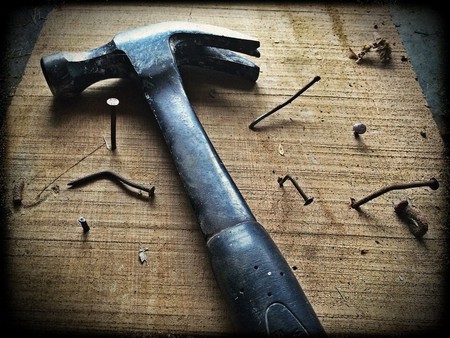 Bashing nails is harder than it may seem | © Grieslightnin / Pixabay

Pok Deng, also known as Pok Kao (or “nine” in Thai), is a popular card game in Thailand. Although not necessarily a drinking game per se, alcohol is generally involved. Some groups play for money and others play for drinks. Keep in mind that gambling is illegal in Thailand so, should you wish to have a go at Pok Deng while in Thailand, you should play the game strictly for fun and not for money. Rounds are short and people play against the dealer. You can play Pok Deng with a minimum of two players and up to 17.

People place their bets, which can be candies, drinks, chips, or some other stake, and each player, including the dealer, is dealt two cards. Players can stick with their cards or draw another card before comparing their hands against the dealer’s cards. There are various rules concerning scoring, including adding up the numerical value of the cards, aspects that can cause the value to be multiplied, and the type of hand (there are four hand types in this game). Remembering the rules can be tricky and, as a fast-moving game, you should practice a lot before trying to play against enthusiasts. 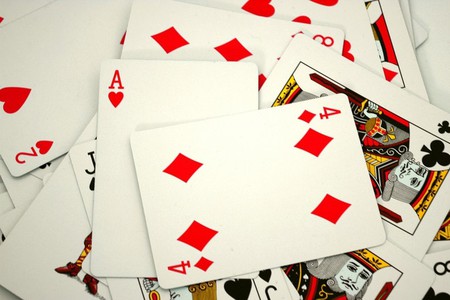 Shut the Door is a light-hearted game of pure chance. Players roll two dice and then flip over a wooden tile. Each tile is numbered, and the idea is to be the first person to turn over all tiles. You can turn the two numbers represented by the dice, or add the numbers together to flip one tile. If you keep getting the same numbers when you roll the dice, you continue taking turns until one person wins. Games can be over pretty quickly or drag on for a fairly long time. The loser has to either buy the winner a drink or down their own drink. 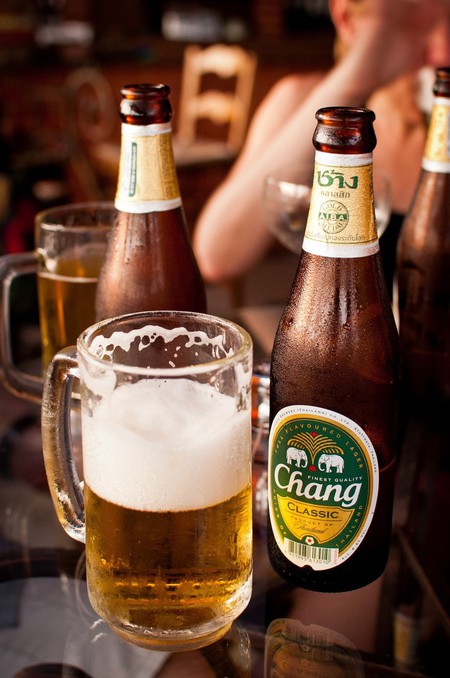 You may have noticed sturdy stone tables with what appear to be checkerboards decorating the top. These patterns are, indeed, checkerboards, enabling anyone to play so long as they have enough pieces. Many people use bottle tops as their tokens. It’s not uncommon to see groups of people sitting alongside a road or in a car park having a few al fresco beers bought from a convenience store and intensely playing checkers. There is sometimes a forfeit for the loser, though some people simply play in rotation, with the winner of each round staying in the game to challenge somebody else. Watching a Thai game of checkers can be fascinating; many people have developed awesome skills that go way beyond your regular amateur! 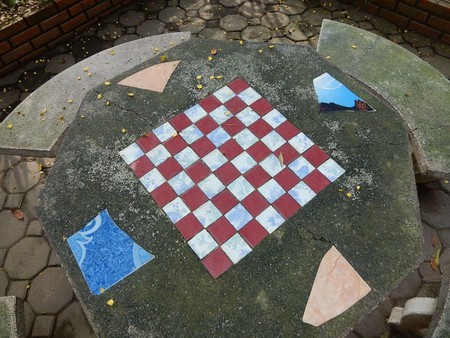 More akin to popular drinking games in Europe, Bele Bele is a fun and frivolous game that can be enjoyed by a large group of people. The rules are simple: People sit in a circle and count. Any time a number includes 7, it is replaced by the words Bele Bele. When Bele Bele is said, the direction of play reverses, but the counting continues to go up. Any time a player says the wrong number, counts when it’s not their turn, takes a long pause, or forgets to say Bele Bele, they must drink! It might be a shot or a chug of beer depending on what has been agreed beforehand. Make things even more interesting by counting in Thai! 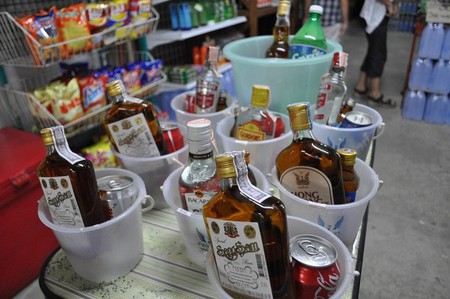 Drinking games can be lethal when buckets are involved | © Kullez / Flickr

Games like Jenga and Connect Four are also popular in Thailand’s beer bars. Some bars also have dartboards or pool tables. In bars and hostels frequented by tourists, classic college drinking games like Beer Pong, Truth or Dare, Kings, and Beer Hunter may be played.